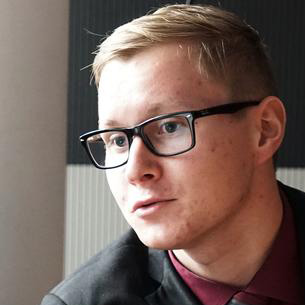 The Umbrella organisation of Cultural Associations of the German-speaking Community in Slovenia is an organisation of ethnic German cultural associations in which citizens of the Republic of Slovenia, as loyal citizens, actively strive to preserve the language and culture of their own traditional autochthonous German-speaking communities in the Republic of Slovenia, both on the level of dialects and folk culture and on the level of educated communication, and in active coexistence with the majority population contribute their part to the cultural richness and diversity of their homeland Slovenia, but also to the strengthening of the European spirit and of European connections, especially with states and autonomous countries with the German language as an official language.

The organisation is a voluntary association through which the members testify to their belonging to the German-speaking community in Slovenia and to the reciprocity in the expression of their ethnic and cultural affiliation, represent the German-speaking ethnic group to the outside world, but also exchange experiences and materials with each other, support each other, advise each other, give each other moral support, and jointly organise or participate in various cultural events and language trainings as needed.

The Umbrella Organisation of Cultural Associations of the German-speaking Community in Slovenia is a member of FUEN since 2017. From 1993 to 2017, the German minority in Slovenia was represented in FUEN by the organisation Gottscheer Altsiedler Verein.

The number of members of the German minority in Slovenia is currently estimated to be between 2,000 and 5,000.
The German-speaking community in Slovenia comes mainly from the present-day areas of Austria and northern Italy (South Tyrol). The old German settlers in what is now the Slovenian region of Upper Carniola, originate from the area of the Austrian provinces of Salzburg and Tyrol. The Slovene Germans lived in the towns and partly in the countryside, like the Gottscheer, Zarzer and Abstaller, mostly as a minority. However, in some cities such as Maribor, Celje, Ptuj or Kočevje, the Germans formed a majority population and were therefore the most important bearers of urban culture.

The German-speaking community is not recognised as an autochthonous ethnic group in Slovenia. The cultural activities of the associations are financially supported by the state based on a cultural agreement between Austria and Slovenia.