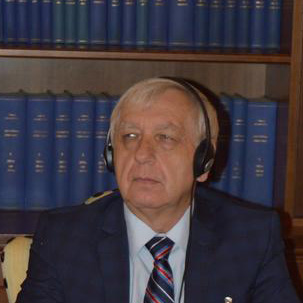 The Society of Carpatho-Rusyns/Ruthenians in the Transcarpathian region of Ukraine, represents the interests of Rusyns within FUEN. In Ukraine, the society is committed to the recognition and equal rights of Ruthenians, especially in terms of education and development. In three municipalities in the Transcarpathian region, the society holds meetings in the "houses of culture" of the city administration. The society participates in public life through cultural events such as a minority festival, scientific and literary competitions and a television channel. The Society of the Carpatho Rusyns/Ruthenians is a member of FUEN since 1999.

The Carpatho-Ruthenians, also known as Rusyns, are an East Slavic people who speak the Ruthenian (or Rusyn) language. They come from an East Slavic population that has inhabited the northern regions of the Eastern Carpathians since the early Middle Ages. Their homeland, Carpathian Ukraine (Transcarpathia), is a historical border region that includes southwestern parts of today's Ukraine, northeastern regions of Slovakia and southeastern parts of Poland (the Lemkos in Poland are partly counted among the Ruthenians). Of the estimated two million people of Rusyn origin worldwide, according to the latest national census, about 10,000 live in Ukraine. As they are considered by many census authorities to be a subgroup of the Ukrainian people, this official figure may differ greatly from the actual number.