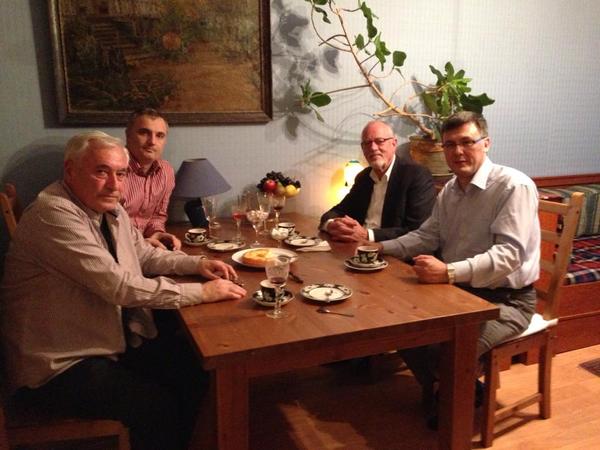 Zhavid Aliev Chairman
The Public Organisation "International Society of Meskhetian Turks "Vatan" was established in 1991. The "Vatan" Society has two main goals: the formal recognition of the unjust deportation of the Meskhetian Turks in 1944 and official permission to return to the ‘homeland’. The "Vatan" Society is a member of FUEN since 1996.
Meskhetian Turks (endonym Ahiska Turks) are a Turkish historic minority group of South-Western Georgia living in the region of Meskhetia until the deportation in 1944. The tragic events occurred in 1944 when, under Stalin’s decree, which contained the phrase ‘for indefinite time’, the Meskhetian Turks were forcibly deported from Georgia to the desserts of Central Asia and Siberia. They were forced to live in segregated settlements with no right to leave them. Nonetheless, 'indefinite' was limited to the lifetime of Stalin himself. The Meskhetian Turks stayed alive despite having lost their homeland. However, Stalin's heritage became an obstacle to the repatriation. Up until the collapse of USSR the acknowledgment of the existence of Meskhetian Turks, as a deported ethnic group, was banned. A new chapter in the Meskhetian Turks struggle for the right to return is associated with the obligation of the Independent Republic of Georgia to repatriate the deported population from Meskhetia as one of the conditions of Georgia’s entrance into the Council of Europe in 1999. However, this promising outlook has not led to constructive engagement with the implementation either by the Georgian policymakers, or by the European gatekeepers of  European values. The Law on Repatriation of persons, forcibly resettled by the former Soviet Union from the Georgian SSR in 1940s’ was ratified by the Georgian Parliament and came into force in 2007. The Law as passed does not create any conditions for the return of the Meskhetian Turks to Georgia. The Meskhetian Turks currently live dispersedly across  Russia, Kazakhstan, Azerbaijan, Kyrgyzstan, Turkey, Ukraine and USA. The group is in strong need of legal aid, forming own public  institutions  and maintaining own cultural and humanitarian values in countries of residence.