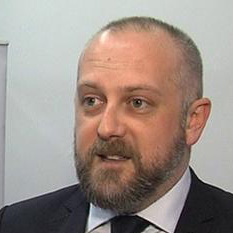 The main program guidelines of the German Community's activities in Croatia are:

As an autochthonous national minority, the Germans have had the right to their representative in the Croatian Sabor (Parliament) since the foundation of the Republic of Croatia in 1990, and in the 2003-2007 legislative period the large group of 12 national minorities, including Germans and Austrians, was represented by Nikola Mak, a German. Since 2003, councils of the German national minority in the Osijek-Baranja County, the City of Osijek and the Municipality of Kneževi Vinogradi, as well as representatives in Split, Zagreb and Beli Manastir have been elected and are actively working. In this way the members of the German minority have the opportunity to actively participate in the work of local self-government.

The purpose and objectives of the work of the German Community -Landesmannschaft der Donauschwaben in Croatia can be summarized in some program guidelines:

German Community - Landsmannschaft der Donauschwaben in Croatia is member of the FUEN since 2011.

THE DONAUSCHWABEN IN CROATIA TODAY

The largest number of them is gathered in the German Community - Landsmannschaft der Donauschwaben in Kroatien - with the seat in Osijek and branches in Zagreb, Split, Đakovo, Valpovo, Slavonski Brod, Požega and numerous Baranja villages. The Volksdeutsche Gemeinschaft in Osijek is a civic association which gathers members of the German and Austrian national minority, founded in 1992 in Zagreb. In 1996 the association and the management were transferred to Osijek. The German Association is still the most active German Association in Croatia, with around 1300 members and has published numerous written works, both scientific and literary.

The Germans in Croatia have a very long and successful history. They have built a lot and had a great influence on the culture, customs, architecture and language. Today there are about 3000 declared Germans in Croatia, although it is estimated that between 30 and 40 thousand people have a German background, but do not declare themselves as Germans.