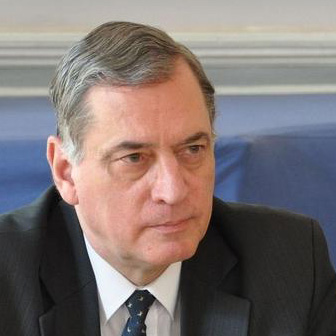 The Democratic Forum of Germans (DFDR) in Romania is the umbrella organisation of the German minority in Romania and has around 20,000 members. The DFDR maintains the only German daily newspaper in Southeastern Europe, the "Allgemeine Deutsche Zeitung für Rumänien", three German weekly newspapers and is the publisher of numerous book publications on Romanian-German literature, history and culture. The DFDR is particularly active in the political arena, including in Sibiu/Hermannstadt, where it provides the mayor in its fourth mandate, as well as a two-thirds majority in the city council. The DFDR is represented in parliament by one member of parliament. The DFDR is a member of the FUEN since 1993.

The German minority in Romania consists of different groups of settlements: Transylvanian Saxons, Banater Swabians, Sathmar Swabians, Banater Bergland Germans, Spišs, Landler, Dobrudschade Germans and Buchenland Germans. In the census of 2011, around 36,000 persons declared themselves to be German. The German language is taught as a mother tongue in state schools (including A Levels). In addition, there are numerous faculties throughout the country where studies are offered in German. The German classes and departments are also popular with the majority population. The Germans in Romania are partly Protestant (Transylvania), partly Catholic (Banat and Sathmarland).