Dialogues, conflicts and wars – minorities in the field of tension

It was not an easy topic to discuss right at the beginning of the FUEN Congress: "Survival and Hope - Minority Communities in Regional, National and International Conflicts" was the subject of a very intense panel that got under the skin. A large number of minority representatives were invited to take part in discussions moderated by FUEN President MEP Loránt Vincze.

First, the focus was on the instrumentalisation of minorities and the preservation of their languages. A topic that has been very topical in Poland since the beginning of the year, where the German minority - and only the German minority - has had its language lessons cut from three to one per week. The Polish government is using this as leverage to lend weight to its demand for more mother-tongue teaching for Polish pupils in Germany. "We are trying to understand what cannot be understood," Rafal Bartek from the Federation of German Social-Cultural Societies in Poland commented on the development. "Unfortunately, no reasonable dialogue with the Polish government is possible and no will to solve the problem is visible." Bartek called the situation tragic and threatening and expects political pressure also at EU level. "This is not just about education policy, but about human rights. We can't stand by for months or years and watch our offspring being linguistically uprooted."

Alongside, Francois Alfonsi, Member of the European Parliament, gave insights into the situation in his native Corsica, France. "It has always been difficult for us to get respect for our language and culture accepted. It is a long struggle against centralism in France," he described. But there is also hope. Young Corsicans are raising their voices, demonstrating, increasingly backing their Corsican party in elections; and there have also been "good talks" with French President Macron recently. Good dialogue is the key. But this requires a lot of strength and perseverance, and it is not successful everywhere. "That is why we need European standards for minority rights," Alfonsi stressed. "Unfortunately, we are seeing more decline than progress there. 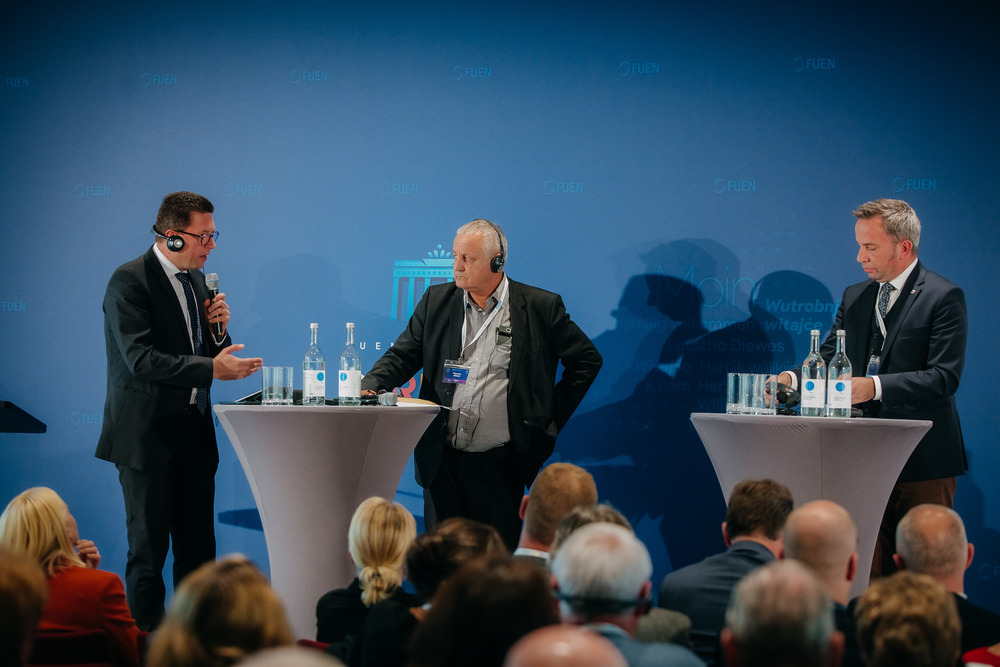 In the second part of the panel, the invited guests discussed past conflicts and what can we learn from them. Hunor Kelemen, Deputy Prime Minister of Romania and President of RMDSZ (Democratic Alliance of Hungarians in Romania) talked about the bloody conflicts from March 1990 in Targu Mures-Marosvásárhely, called Black March. Three months after the fall of the national-communist regime, ten thousand Hungarians went on the streets to protest for minority education and language rights. This was a time of mistrust: Hungarians were afraid of assimilation, Romanians were afraid that Hungarians want to „take away” Translyvania. In what is today seen as a provoked conflict, a fight broke out and authorities did little to nothing to stop it from escalating into a civil war. „Violence is never a solution, it does not benefit either the majority or the minorities, as it leads to destruction, fear and increased mistrust. Our community has learned that the only way to fight for minority rights is through political means, through dialogue” – said Mr. Kelemen. 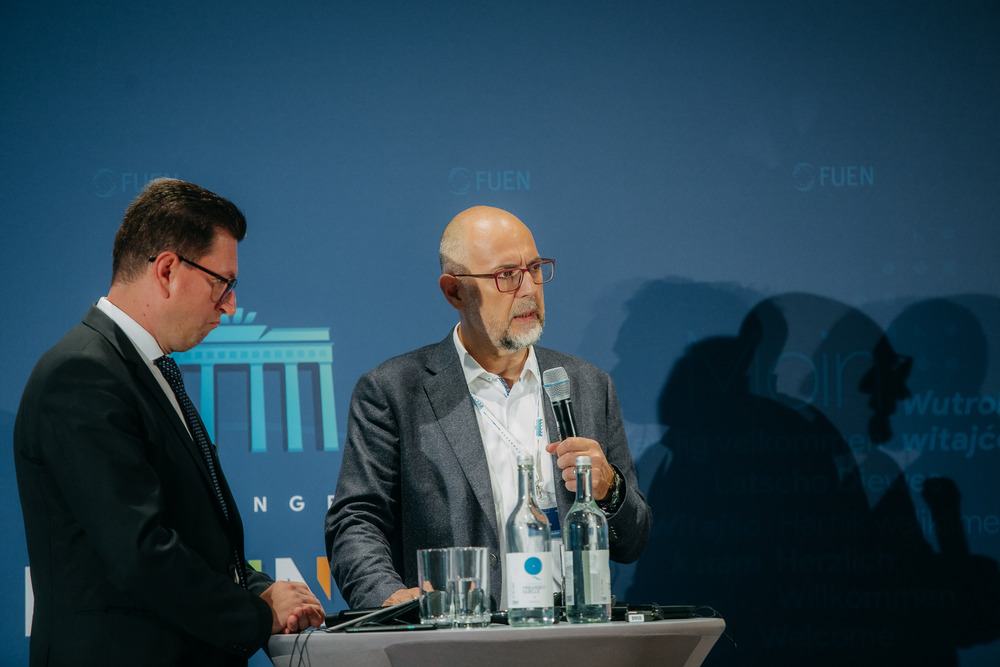 FUEN Vice President and Chairman of the Deutsche Gemeinschaft – Landsmannschaft der Donauschwaben in Kroatien Vladimir Ham shared a very personal story: his city was bombed during the Balkan war, 5000 people were injured and he became a refugee as a child. He said that 30 years were not enough to overcome the trauma of the war, but today there are no tensions anymore in Croatia and Slovenia. Unfortunately this does not apply to other states in the Balkans, and as in many cases these countries can not solve their problems on their own, „continuous monitoring and intervention by the international community would be welcome in these cases, if we want to preserve peace in the Balkans”, he said. 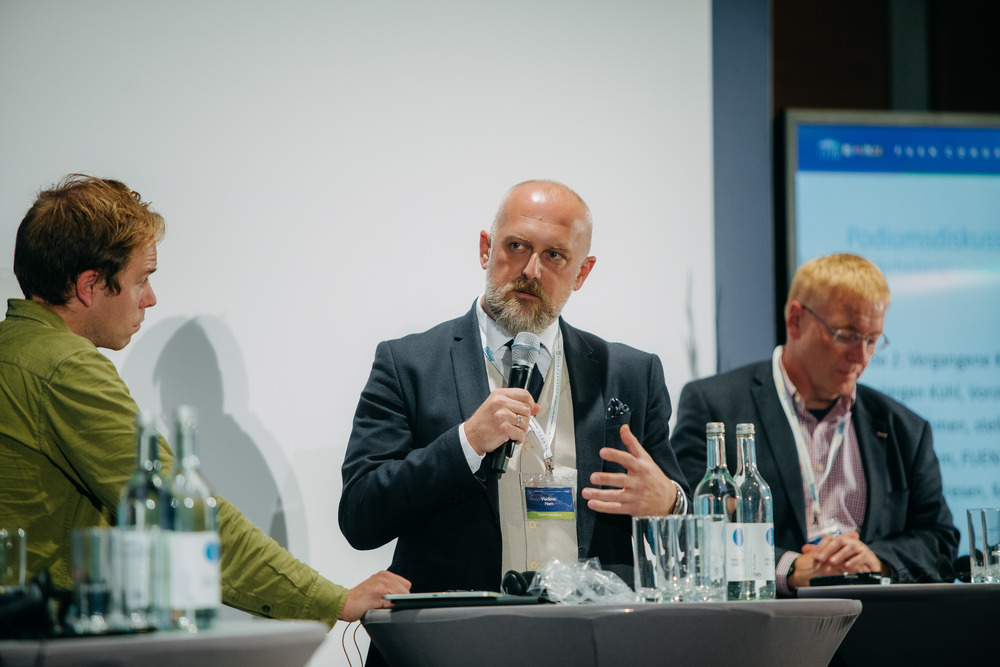 Dr. Jørgen Kühl, Chair of ECMI talked about the peaceful coexistence in the German-Danish border region, which was achieved after five and a half wars. He mentioned the good collaboration of the minorities on both sides of the border as a success story, in which „the role of the FUEN can not be underestimated. FUEN has been offering a forum of dialogue, and the two formerly antagonistic minorities were able to find common ground, common goals”, he said.

Member of the European Parliament Rasmus Andresen, a member of the Danish minority in Germany said that he was worried because of the current developments in Europe, namely the Russian war and the rise of extremism. He said that even for young people it is important to have history in mind so as not to repeat the same mistakes. Regarding the border region he thinks that although the situation is good, but the work is not finished, and the everyday life shows that there is still work to be done. He pointed out that many young people get involved in politics and in minority protection, and their perspective is needed in order to push the politicians in the right direction. 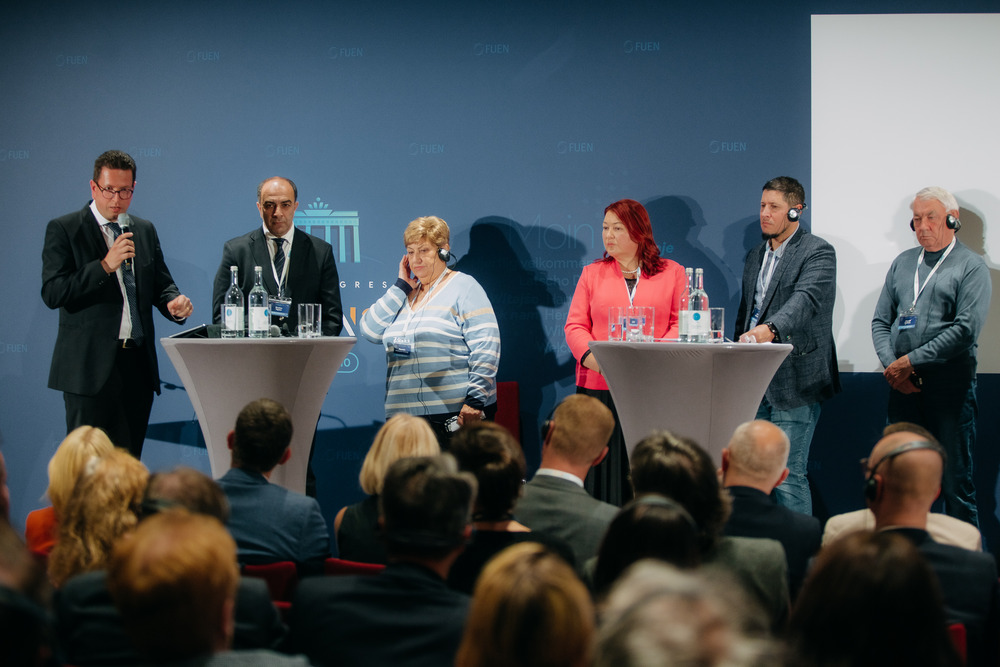 Finally, it became emotional when representatives of minorities from Ukraine came on stage and gave insights into their experiences since the outbreak of the war. Close people who were wounded or even fell, destroyed cultural monuments, much suffering and bewilderment. Vladimir Leysle from the Council of Germans in Ukraine reported about "only a short time ago rich people who are now homeless and poor". Alexandra Protsenko-Pichagi, Chair of the Federation of Greek Societies in Ukraine, described her horror at the destruction of the city of Mariupol, founded by the Greeks in the 7th century, from which she had to flee. "Now only 20 per cent of the houses remain and about 80,000 people. It is a terrible humiliation that we are witnessing - who would have thought it possible in the 21st century that so many children would have to die?" she said, her voice choked with tears. "If it wasn't for the support of the European community, we would have given up already."

It was a war between freedom and dictatorship, not between Russia and Ukraine, Elvin Kadyrov, representative of the Mejlis of the Crimean Tatar people, made clear. For him, the war had already begun in 2014 with the Russian annexation of Crimea. "We thank FUEN for taking a clear position and making it clear that we minorities in Ukraine will not be abandoned," he says. 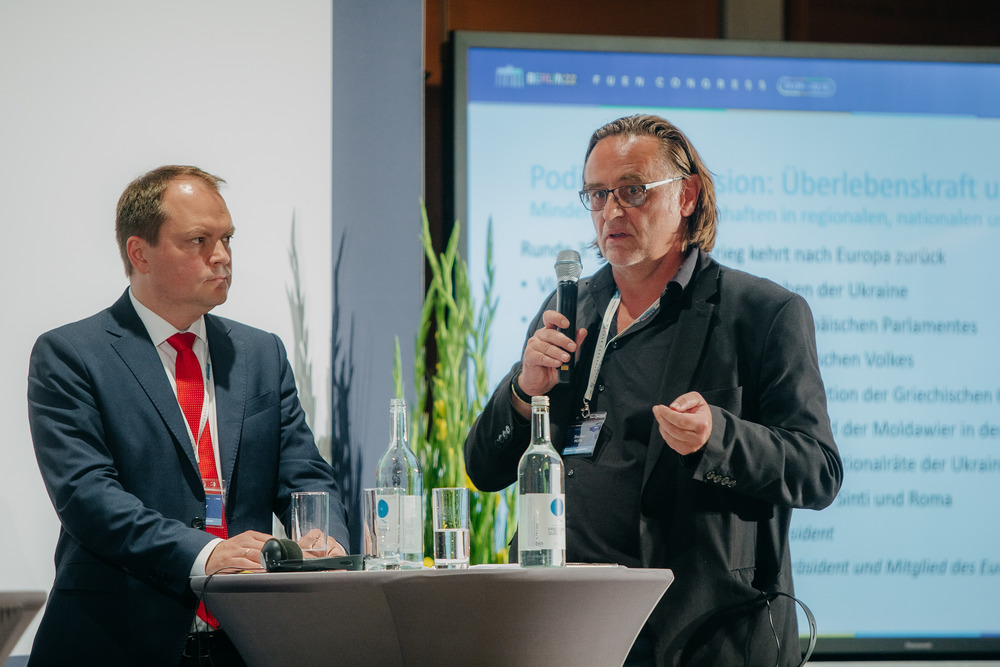 Not living directly in a war-affected region, Anatolii Fietiesku of the Cultural Association of Moldovans in Ukraine says he still hears sirens and rockets every day and is very worried. "Many Moldovans are fighting in the Ukrainian army. We have to defend our right to independence and life."

Andrea Bocskor, Member of the European Parliament, spoke on behalf of the Hungarians in Ukraine. The Hungarian minority lives mainly in Transcarpathia, which is not directly in the war zone, yet they share pain and worries. "Around 300,000 refugees hope to return home soon. We all hope for a diplomatic solution that will secure peace," she said.

Speaking for all minorities in Ukraine, Rovshan Tagiyev (Assembly of National Councils of Ukraine) called the Russian war of aggression a genocide and appealed, "No square metre of Ukrainian soil should be given up." Ukraine, as a multi-ethnic state, needed continued support, not only financial and military, but also cooperation with international organisations - in which FUEN, "our European family", was an important partner. 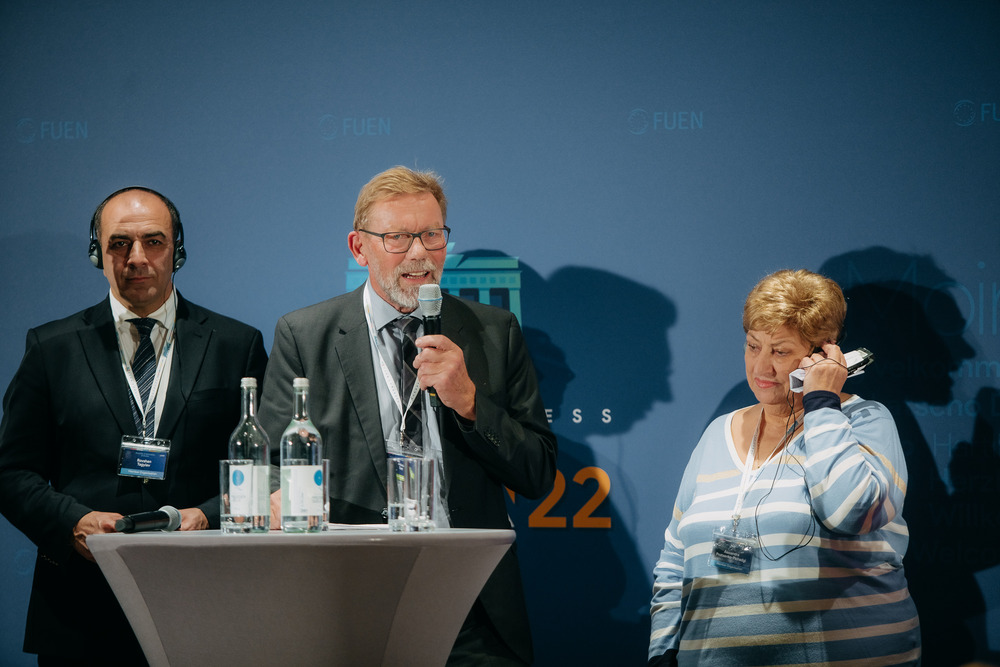 Finally, Stephan Müller from the Central Council of German Sinti and Roma described the problems faced by many Roma who come to other countries as war refugees, but stressed that these are individual cases and not systematic discrimination. "Roma are not only on the side of Ukraine, but thousands of Roma have volunteered for the army or provide humanitarian aid." With this, he addressed a point that applies to all minorities in Ukraine: they all see themselves as part of Ukraine and stand together in solidarity in the war against Russia.

And so FUEN Vice-President Gösta Toft closed the panel with his committed plea: "We condemn this attack, which cannot be justified by anything - all the more so by the protection of minorities, as emphasised by Putin and other politicians. Our minorities should not be abused for this. Let us all stand shoulder to shoulder with Ukraine and provide assistance where we can."

Devamını okuyun
Congress opening: FUEN’s work is much needed in hard times like this The four autochthonous national minorities in Germany - who they are and what moves them