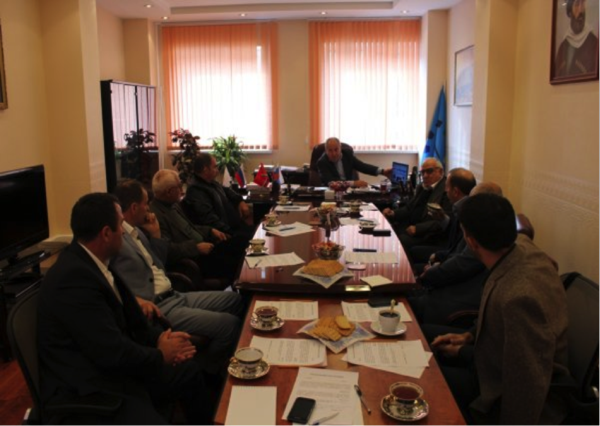 In the 16th century, separate free Lezghin societies appeared, which existed until they were absorbed by Russia in the early 19th century. In the 17th and 18th centuries, Quba, Shirvan and Shaki khanates (States) were formed in the South, where the Lezghins lived together with other peoples. In the early 18th century, the State of Shirvan existed for some time, and was recognized by the Russian Empire and the Porte (the Ottoman Empire).

In the mid-19th century, the "Northern Lezghins" lived in Kyurinsky and Samursky districts and the city of Derbent, Dagestan region, formed the territory of the modern southern Dagestan. In 1921, the Dagestan Autonomous Soviet Socialist Republic was formed as part of the RSFSR, which in turn became one of the Soviet republics of the Soviet Union in 1922. The territory of residence of the "Southern" Lezghins was included in a number of districts of Baku and Elisabethpol Governorates. In 1920, these areas became part of the Azerbaijan Soviet Socialist Republic, which also became one of the republics of the USSR.
After the collapse of the Soviet Union in 1991, the Dagestan Autonomous Soviet Socialist Republic became the Republic of Dagestan – one of the constituent entities of the Russian Federation – and the Azerbaijan Soviet Socialist Republic became the independent Azerbaijan Republic, thus the Lezghin territory was now divided between two states.
In general, the Lezghins enjoyed better rights in Dagestan under the jurisdiction of the Russian Federation than in Azerbaijan, where they were subjected to assimilation policies. The Lezghins have traditionally suffered from unemployment and a shortage of land. Resentment was fuelled in 1992 by the resettlement of 105,000 Azeri refugees from the Karabakh conflict on Lezghin lands and by the forced conscription of the Lezghins to fight in the conflict. This contributed to increased tensions between the Lezghin community and the Azeri government over issues of land, employment, language and the absence of internal autonomy. Following the outbreak of the war in Chechnya in 1994 the border between Russia and Azerbaijan was closed. As a result, the Lezghins were for the first time in their history separated by an international border restricting their movement.

Language and Culture: The Lezghins speak Lezghin, which belongs to the Lezghin sub-group of the Nakh-Daghestani group of the North Caucasian language family. Lezghin is taught as a foreign language in areas where many Lezghins are settled, but unfortunately teaching resources are scarce. In addition, Lezghin textbooks come from Russia and are not adapted to local conditions. Although Lezghin newspapers are available, the Lezghins have also expressed concern over the disappearance of their rich oral tradition. The only Lezghin television broadcasting available in Azerbaijan is received over the border from Russia. The status of the Lezghin people and language is not fixed in the law. This absence of appropriate status of the Lezghin language is extremely detrimental to its development, reproduction and use in various spheres of life.