FUEN’s Assembly of Delegates votes on resolution on Ukraine, decisions on Congress 2023 and EUROPEADA 2024

At its Congress in Berlin, FUEN’s Assembly of Delegates adopted a Main Resolution on the war in Ukraine and global and European frameworks for minority protection on Saturday, 1 October 2022.

"We condemn the Russian war of aggression and war crimes. We emphasise that in the interest of cohesion and conflict resolution and prevention, it is important to protect and support all minorities living in the country," it says. In it, FUEN stresses "the importance of emphasising the minorities' belonging to Ukraine and appreciating their participation in the defence of the country", coupled with an appeal: "There must be no attempt to marginalise the minorities." Looking to the future, it says, "the support of Ukraine by the minorities living in the country after the end of the war should lead to a new minority policy of Ukraine, granting rights to all minorities and language groups living in Ukraine, based on the European conventions on human and minority rights". At the same time, Ukrainian minorities should be included on an equal footing in plans for the reconstruction and development of Ukraine.

Against the backdrop of the 30th anniversary of the UN Declaration on Minorities, it expresses concern that "minority issues have been extremely low on the agenda of the United Nations over the past decade". It therefore calls on the United Nations to "renew efforts to protect and promote the rights of minorities throughout the world".

The resolution also criticises what FUEN sees as the inadequacy of the minority protection system in Europe, most notably the rejection of the Minority SafePack Initiative. Minority rights are not exclusively a national matter. FUEN calls on the EU institutions to create a comprehensive legal framework for minority rights. 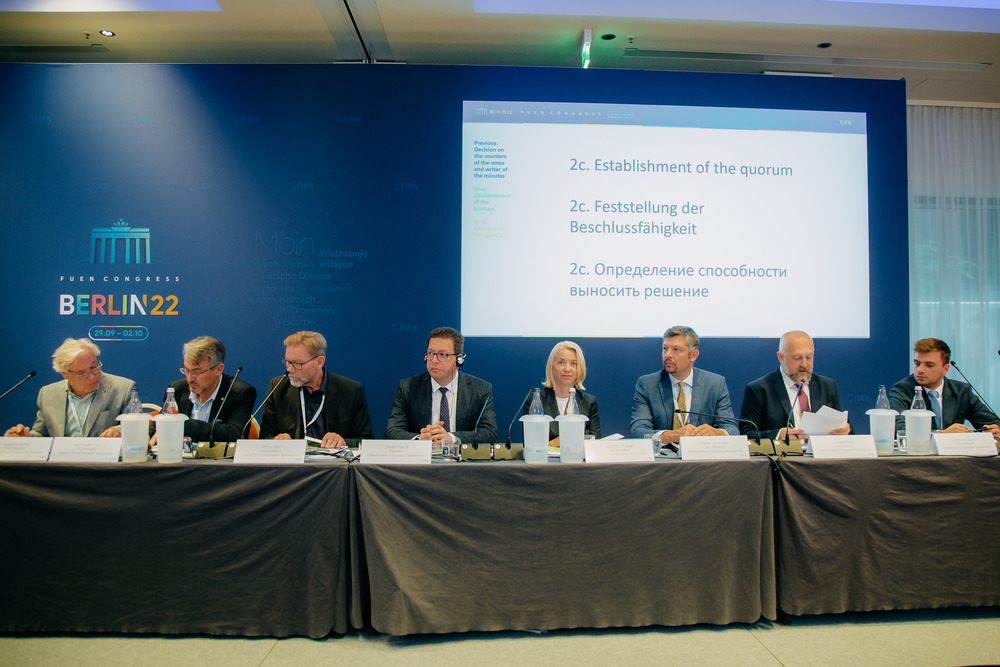 - about the recognition of the Turkish minority in the Dodecanese (Greece)

- on the protection and promotion of the Catalan language in Spain

- about the closing of Russian schools and kindergartens in Estonia

- on the return of the Meskhetian Turks to Georgia

- about the Parliamentary representation of the Slovene Minority in Italy

A decision on next year’s FUEN Congress was taken: in 2023 the largest gathering of the European national minorities and language groups will be hosted by the Germans in Hungary in Pécs/Fünfkirchen, Hungary. 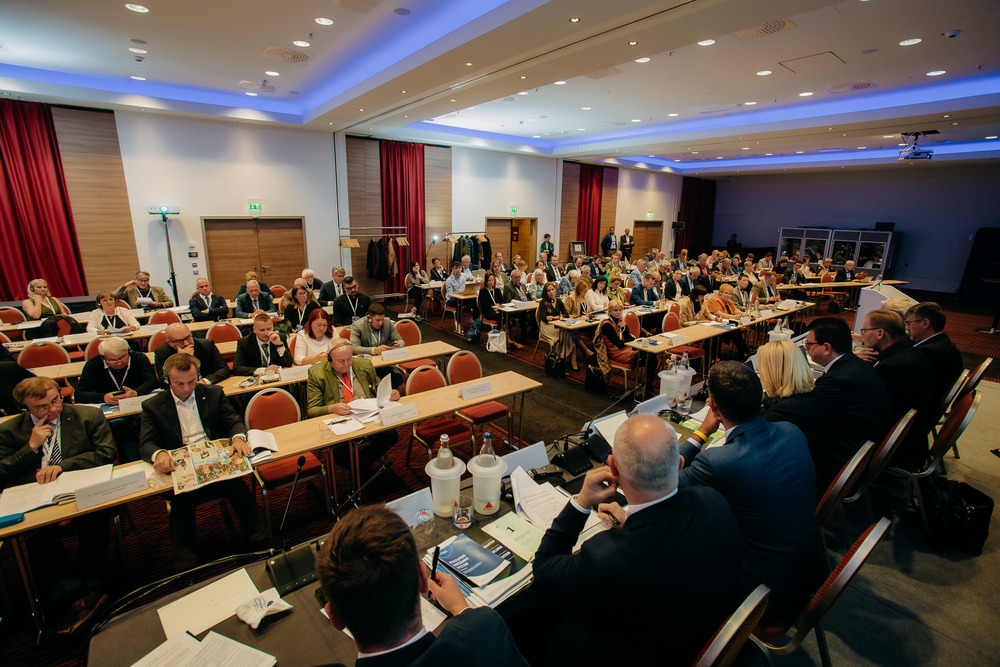 After the success of this year’s EUROPEADA, held in Carinthia/Karnten/Koroska, the Assembly needed to decide the next location for the European football championship of national minorities and language groups. "The four minorities in the border region have joined forces to make the European summer fairytale 2024 complete", announced Anders Kring (Sydslesvigsk danske Ungdomsforeninger, SdU). In 2024, the Danes in Germany, the Frisians, the German Sinti and Roma and the Germans in Denmark will host EUROPEADA in the German-Danish border region, parallel to the official UEFA European Championship, which will also take place in Germany in the summer of 2024.

*All resolutions will soon be published on fuen.org.