The tranquil village of Bleiburg/Pliberk in Carinthia/Koroška with its 4,000 inhabitants has probably never experienced anything like this before: The Culture Day of the European Football Championship of Minorities, Europeada for short, turned into a true festival of cultural diversity and a big party on the main square. There were goosebumps galore yesterday during the various performances of the football teams, which for once did not take place on the grass but on the big stage in the marquee. 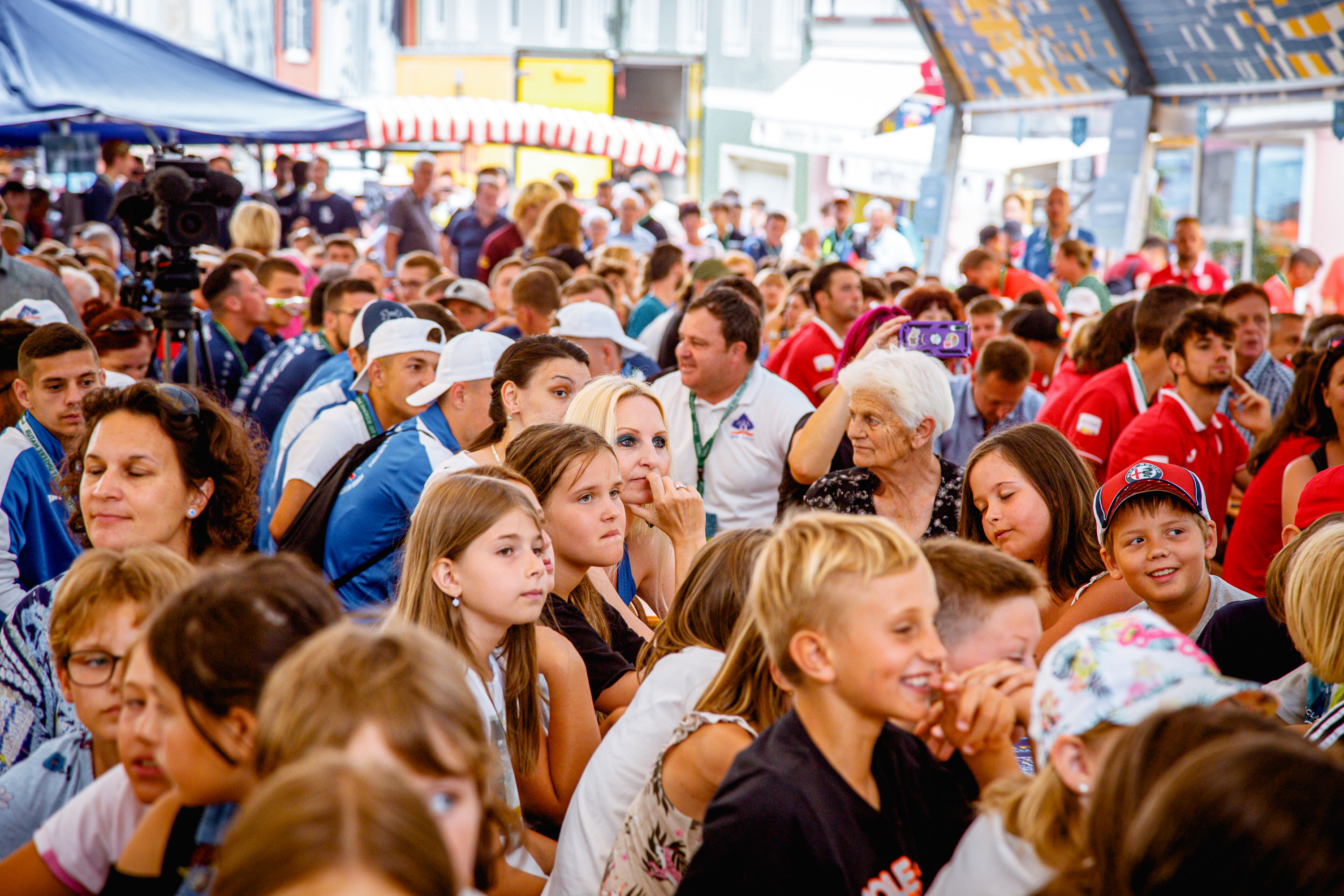 First, however, the stage belonged to the youngsters. A Slovenian children's choir performed some songs with beaming faces and enthusiastic voices and was cheered just as loudly by the audience. In the run-up to the Europeada, many school classes in the Carinthia region had worked on various projects related to intercultural understanding, sport and linguistic diversity and presented some of their results. Hundreds of spectators – not only from the Europeada teams but also from the local population – cheered them on before they were finally awarded medals for their efforts. 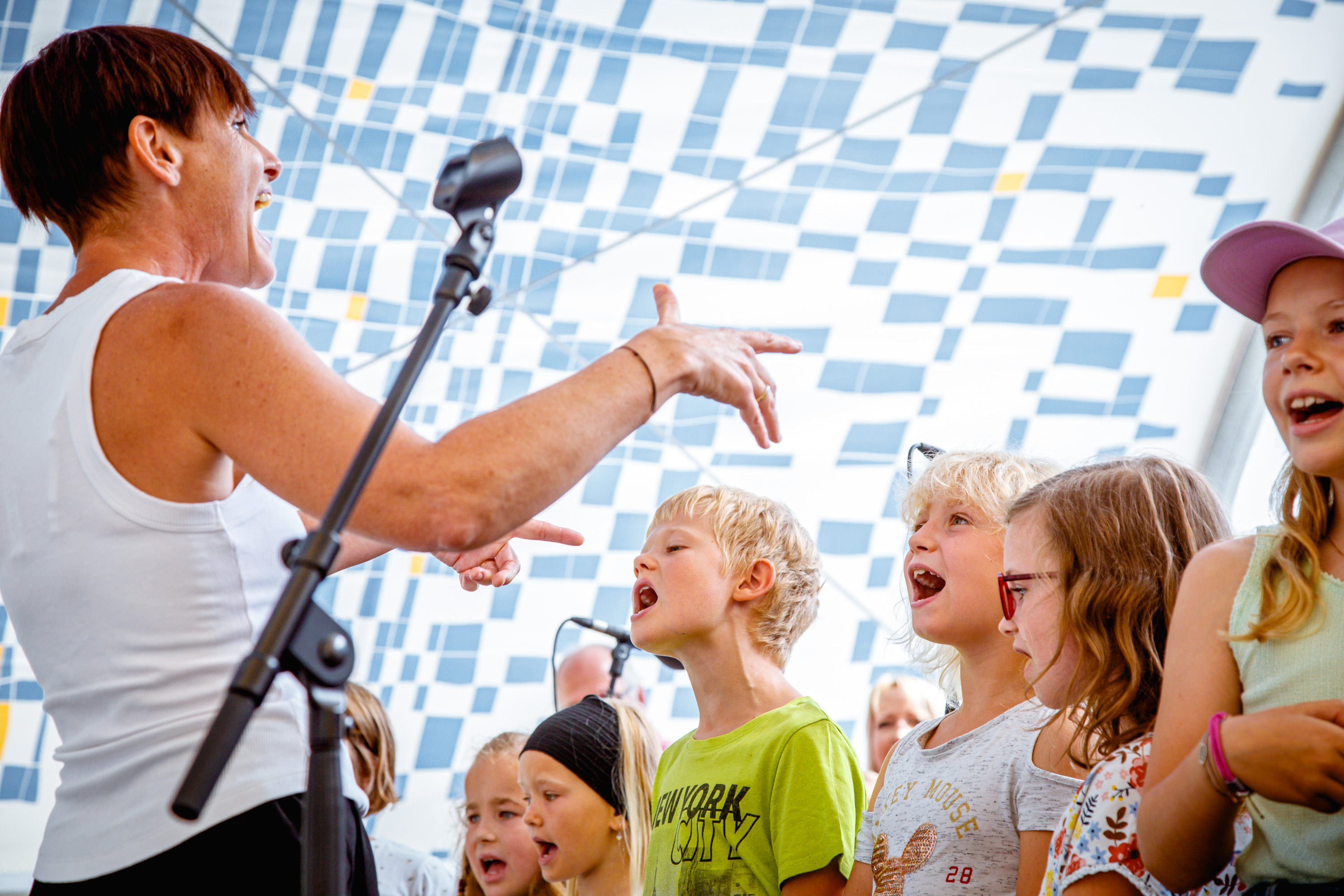 A multilingual writing competition also took place in connection with the Europeada in Carinthia. Excerpts from their texts were read by the winners Emily and Celine, with the final appeal: "You must never lose your uniqueness! Stay together – stay unique!"

After words of welcome from FUEN Vice-President Gösta Toft and Vice-President Angelika Mlinar, the stage was set for Europe's vibrant diversity! The 23 football teams from eleven countries presented a wide range of performances, including videos with strong images, dance, music, traditional costumes and chants. For example, Slovaks and Czechs from Romania in elaborately embroidered shirts and black boots tap-danced to folkmusic, the footballers of the Danish minority from Germany sang their World Cup hit "Vi er røde, vi er hvide" at the top of their lungs and wrapped in flags, while the men and women of the Rhaetoromanic selection made an impressive background noise with cowbells. Homeland, language, identity, pride and joie de vivre – these were the themes of all the performances. No wonder they got under the skin. Especially the moment when Croats from Serbia came on stage together with Serbs from Croatia dressed in traditional costumes and danced together. 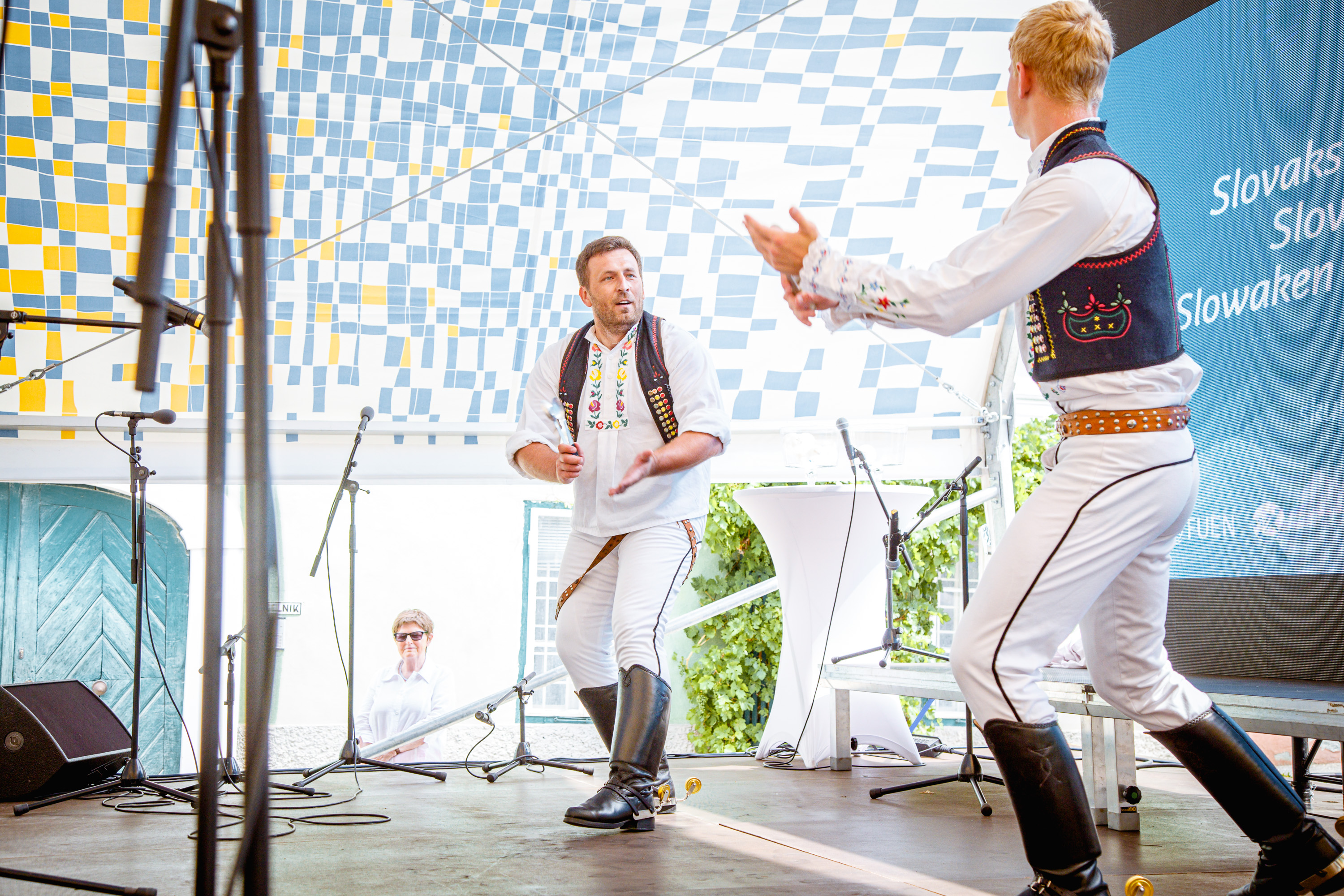 The sound of "Koroška, Koroška" continued at the food stands long after the end of the official programme. After the Culture Day at the latest, the anthem of the Europeada hosts is no longer sung only by the Carinthian Slovenes themselves, but also by Sorbs from Germany, Cimbrians from Italy, Pomaks from Bulgaria, and all other participating teams.

A gallery with more shots of the culture day can be found here.

The FUEN and the organisers of Europeada would like to thank the German Federal Ministry of the Interior and Home Affairs (BMI) for their financial support of the Culture Day. 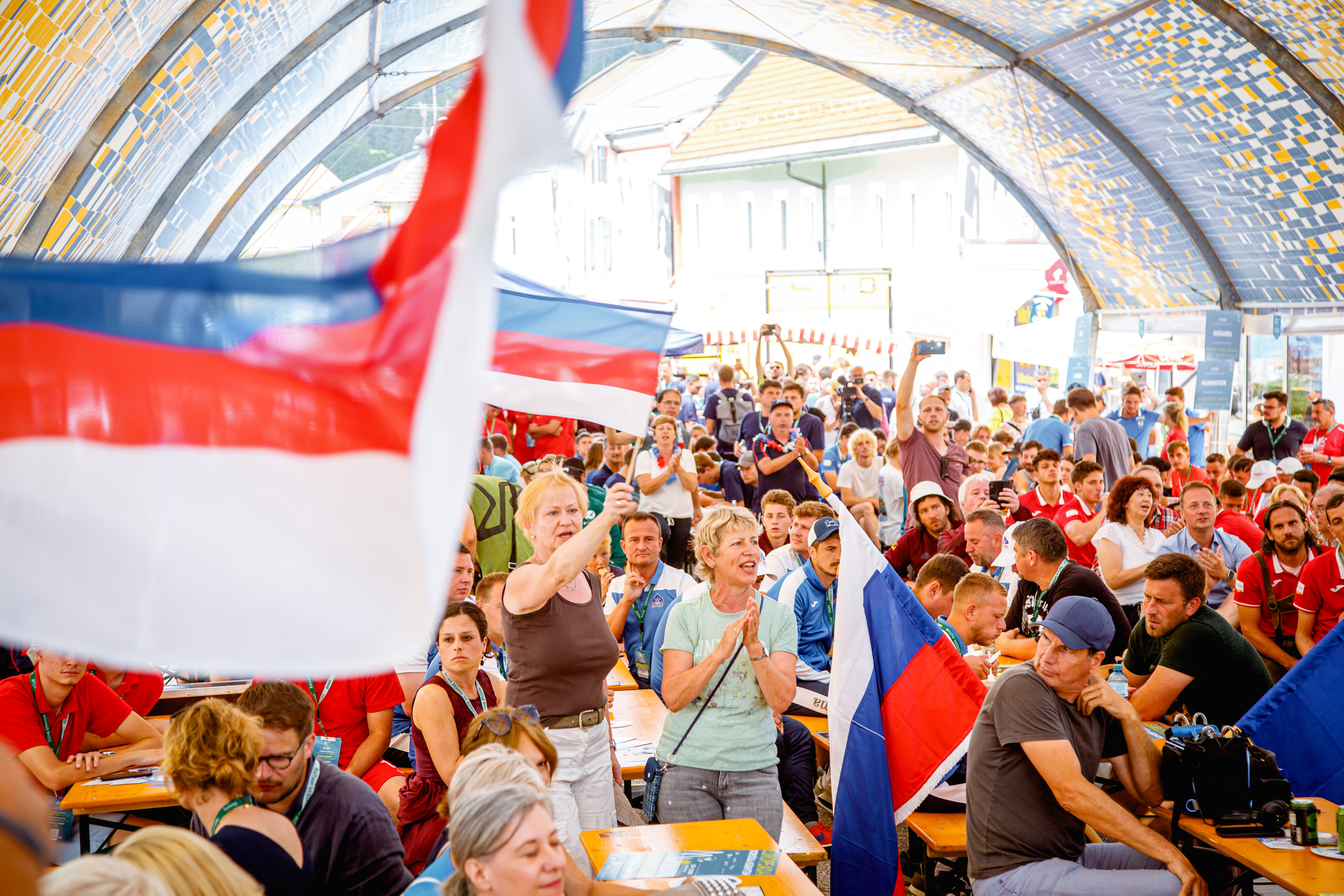 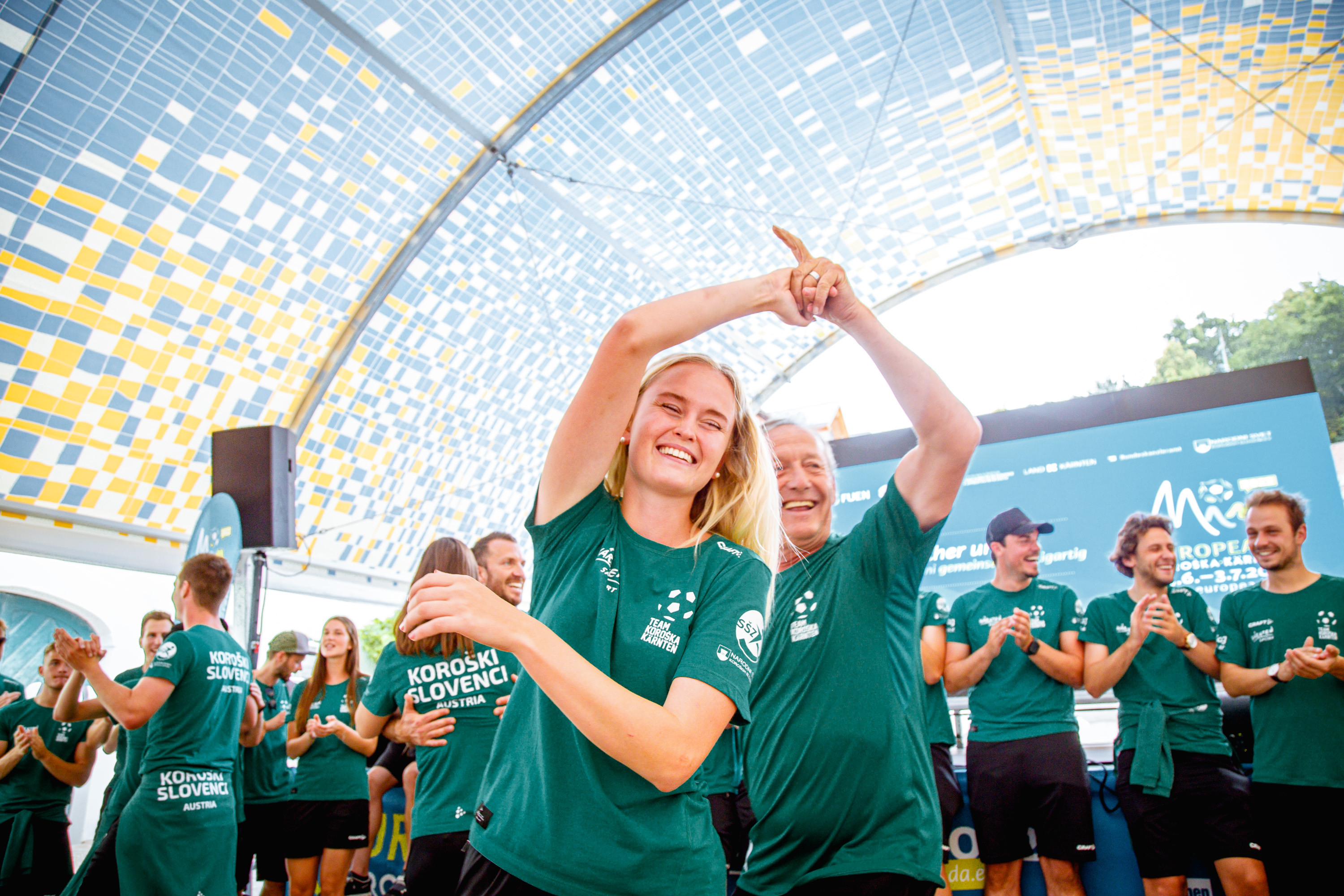