In his opening speech, FUEN Vice President and FUEN TAG Speaker Halit Habip Oğlu enlisted the developments related to FUEN and FUEN TAG and the activities carried out by FUEN since the last annual meeting in December 2020. 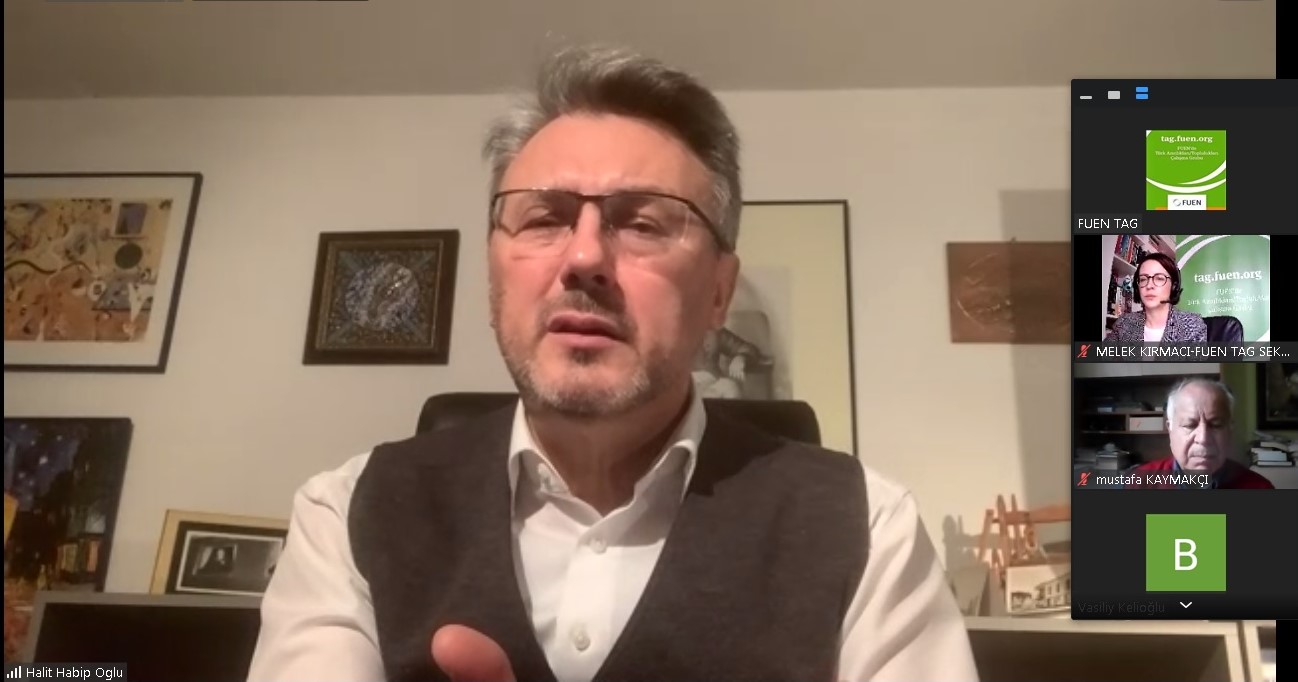 Following his opening speech, Naim Belgin, president of the Tatar Democratic Union which became a new member of FUEN at the FUEN Assembly of Delegates in September 2021, delivered a presentation on its establishment, its activities and the Tatar ethnic community in Romania. He explained that The Tatar Democratic Union aims to preserve and maintain the native language, cultural identity, traditions and customs of the Tatar community in Romania, adding that it organises activities for children and young people for this purpose.

Following the presentation, the participating organisations conveyed important developments related to the Turkic minorities and communities they represent and their current issues and their work and activities.

In the second part of the meeting education, mother tongue, and the importance of teaching and using minority languages in the public sphere for an inclusive society within the framework of the linguistic rights of Turkic minorities and communities were discussed.

The participating organisations conveyed the practices of teaching the mother tongue within the framework of the linguistic rights of the Turkic minorities and communities they represent in their countries of residence and the use of Turkish in the public sphere at the local, regional and national level with education in the mother tongue.

The meeting ended with the discussion of FUEN TAG’s activities for 2022 and agreeing on a common roadmap.

Lire plus
Borderless Media Consumption: Geoblocking reform – FUEN sits at the table with film and TV industry Happy 2022 with the FUEN Photo Calendar!