Loránt Vincze will lead the Federal Union of European Nationalities, FUEN, for another three years. The European umbrella organisation for minorities, which has more than a hundred minority organisations among its members, held its annual congress in Berlin this week. The Assembly of Delegates on Saturday re-elected the current president, who was running alone for the post as the candidate of the Democratic Alliance of Hungarians in Romania (RMDSZ). Loránt Vincze was vice-president of FUEN from 2013-2016 and has been president of the organisation since 2016.

"My aim in my third and final mandate is, together with the Presidium, to create long-term financial and institutional stability for FUEN, as this will allow us to pursue our goals in a consistent way", he said.

FUEN’s presidium consists of the President, six Vice Presidents and the President of the Youth of European Nationalities (YEN). At the Assembly, there were nine candidates running to become Presidium members. The Assembly decided that for the next three years Daniel Alfreider (Ladin in Italy), Bahne Bahnsen (Frisian in Germany) and Gösta Toft (German in Denmark) will continue their work as FUEN Vice-Presidents, along with newly elected Vice-Presidents Olivia Schubert (German in Hungary), Nabi Ibraimtzik (Western Thrace Turk) and Bernard Gaida (German in Poland).

Andor Barabás (Hungarian/German from Romania), the President of YEN, is the eighth member of the Presidium. 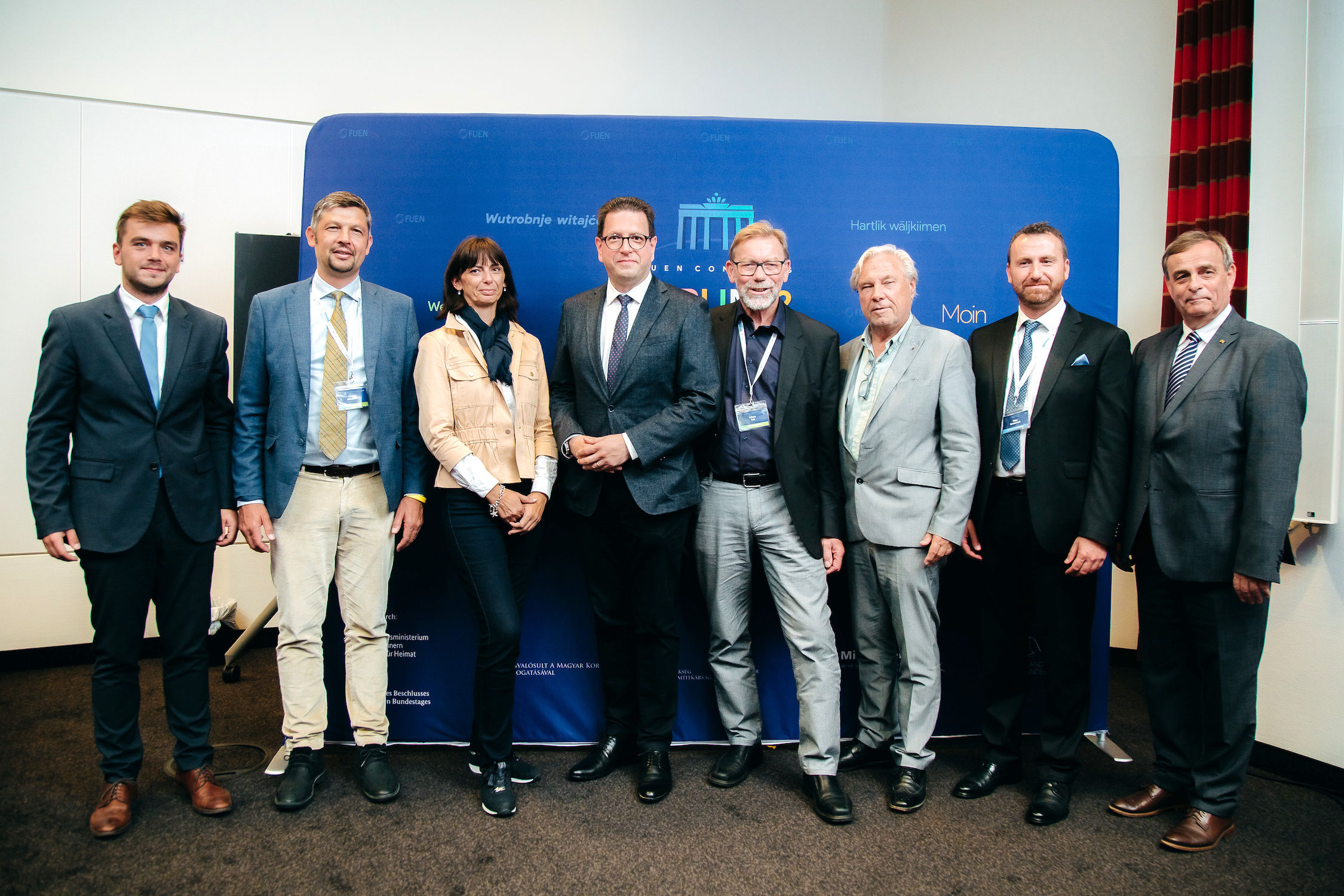 Lire plus
The four autochthonous national minorities in Germany - who they are and what moves them FUEN’s Assembly of Delegates votes on resolution on Ukraine, decisions on Congress 2023 and EUROPEADA 2024