EUROPEADA 2024: Four minorities in the German-Danish borderland set sail for football event "Between the Seas"

At the kick-off meeting of the planning group in Flensburg, the dates were announced: From 28 June to 7 July 2024, the minorities of Europe will play their championship. The UEFA European Championship will take place from 14 June to 14 July.

Team play already plays a major role in the preparations, as the organisers of EUROPEADA 2024 are a quartet of four minorities in the German-Danish borderland: the Frisian minority, the Sinti and Roma, the German minority in North Schleswig, Denmark, and the Danish minority in Sydslesvig, Germany. The latter will be the main organiser. "The minorities in the borderland have joined forces to make the European summer fairytale 2024 complete," says Anders Kring from the Danish youth and sports organisation Sydslesvigsk danske Ungdomsforeninger (SdU). "This will be a football festival, not just a tournament." 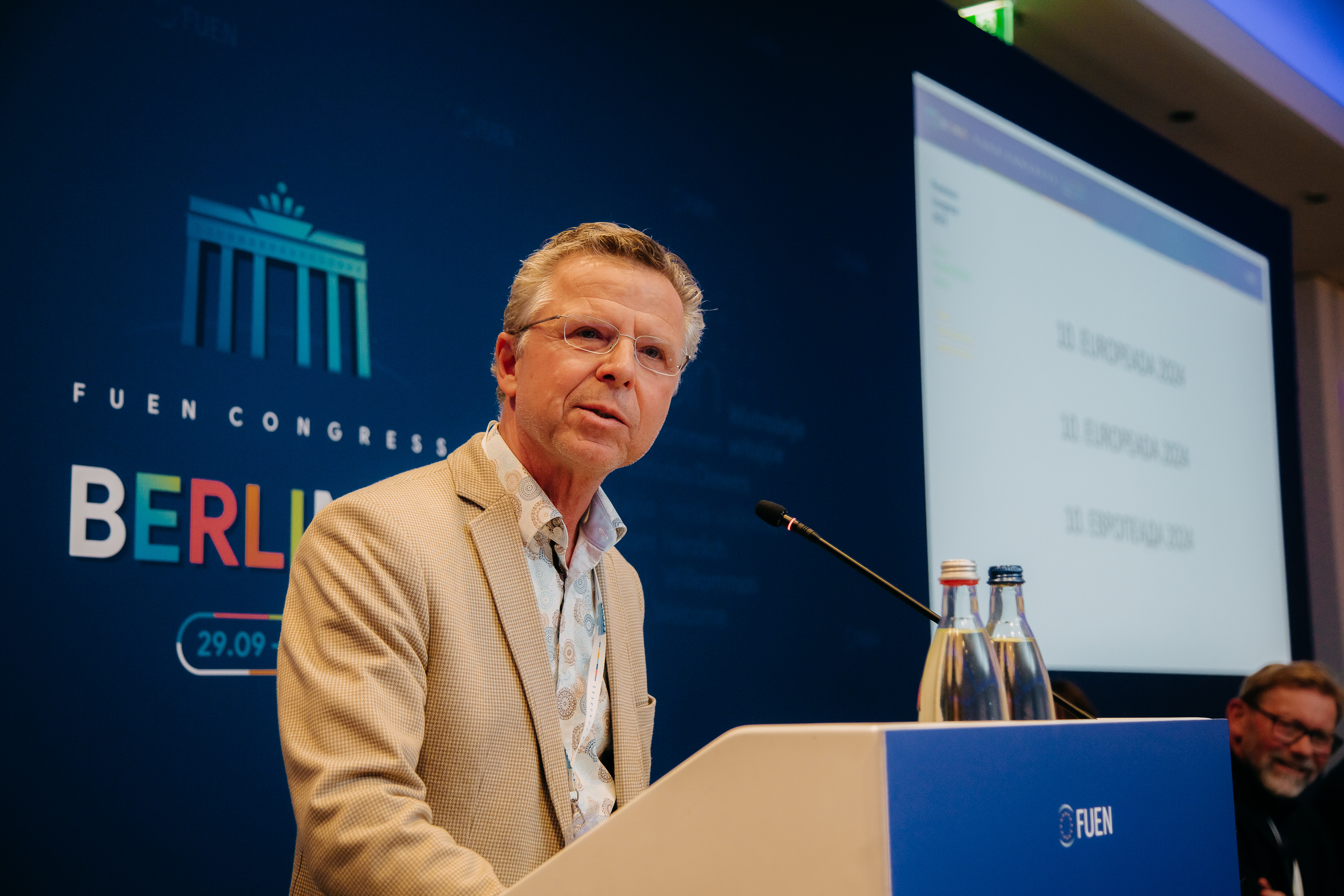 At the first meeting, other decisions were made in addition to the date:  For example, a specially founded "EUROPEADA gGmbH" is to serve as the sponsor of the event. This is to be headed by a project manager. The position has been advertised and is to be filled in November if possible.

Time is pressing: The last European Minority Football Championship should have been played in Carinthia/Koroska, Austria, as early as 2020, but due to a pandemic it could only be held in the summer of 2022, two years after its originally planned date, but it was a big successvery. Now the original four-year rhythm is to be maintained – above all because of the chance to organise the tournament parallel to the "big" European Championship and to benefit from the media attention. The preparation time is now correspondingly short.

Gösta Toft, who represented FUEN at the first meeting of the planning team, is very optimistic about the time frame for the preparation. "We had a very successful kick-off, where it became clear: All minorities are tackling together and not hesitating for long. This was a big step towards a successful tournament," said the FUEN Vice President. "We are looking forward to an exciting EUROPEADA 2024, which will once again set new benchmarks. As FUEN, we will support the local organisers to the best of our abilities."

The motto has also already been decided: "Between the Seas", as the German-Danish borderland is framed by the North Sea and the Baltic Sea.

FUEN is the sponsor of the tournament and organises EUROPEADA together with the local organisers. Previously, the European Minority Football Championship was held in Graubünden/Switzerland (2008), Lausitz/Germany (2012), South Tyrol/Italy (2018) and Carinthia/Koroška, Austria (2022). The tournament is a major sporting event that combines fair competition and the excitement of a sports festival with the matters of the autochthonous, national minorities.