If you ask Ilse Johanna Christiansen for the recipe for survival of her small, often overlooked minority, she has a short, concise answer: "Tohuupe", in English: together. "Together is very important, otherwise you won't make it," says the North Frisian, chairwoman of the Frasche Rädj/Friesenrat Sektion Nord. As a minority without a mother state and with comparatively poor funding, the preservation of Frisian heritage weighs on the shoulders of every Frisian, on every small island, in every small village. "Because as the old saying goes: 'He who is small must shout loudly to be heard'." 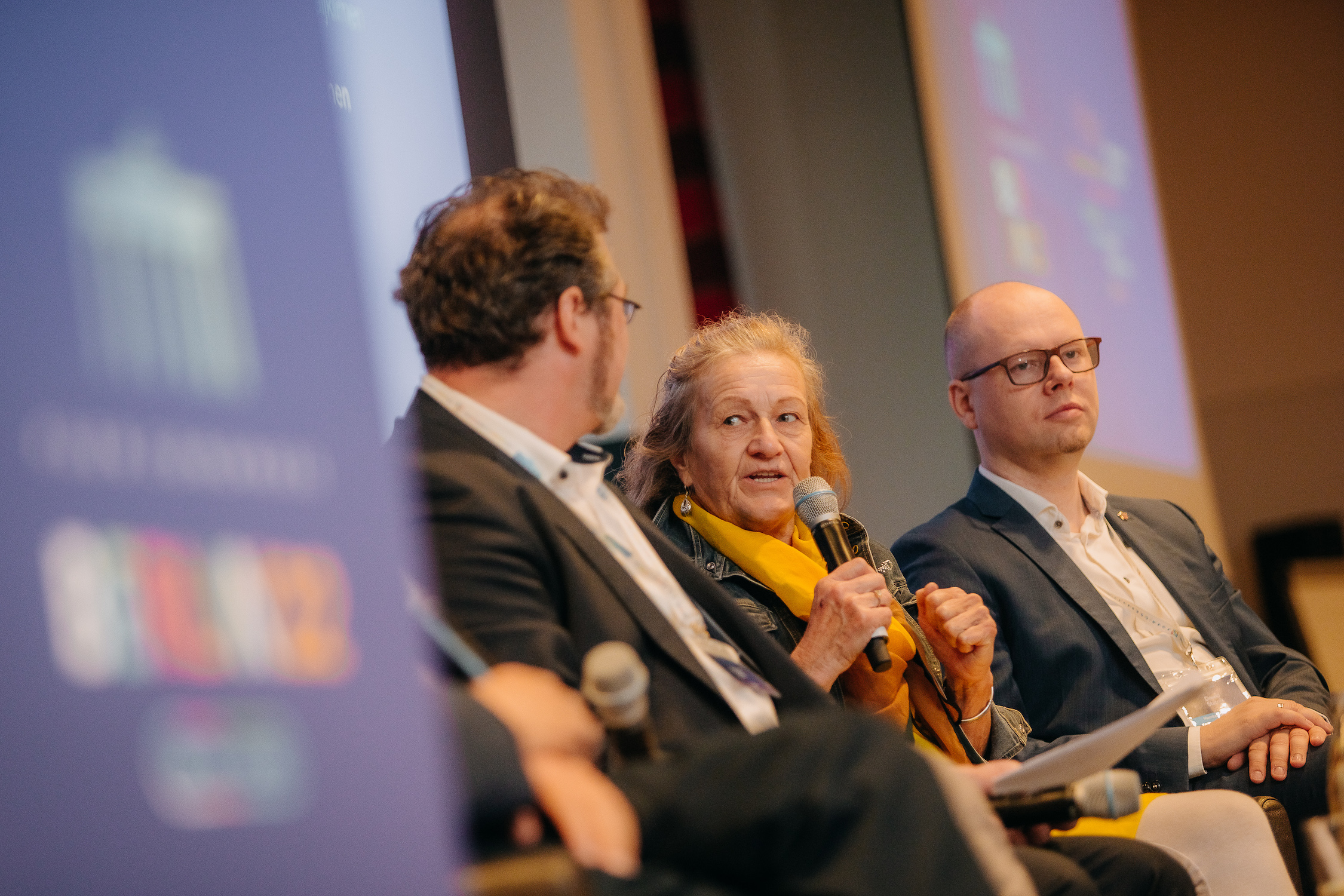 Like the Danes, the Sorbians and the German Sinti and Roma, the Frisians belong to the autochthonous national minorities and ethnic groups in Germany, which were the subject of the panel "My language, my identity" on the second day of the FUEN Congress in Berlin. How does minority protection work in Germany? What are the structures, achievements and challenges? These questions were discussed.

The common platform of the minorities living in Germany is the Minority Council, which meets at least twice a year and represents their interests towards German federal politics. As Jens A. Christiansen (Sydslesvigsk Forening) explained, the Minority Council functions as a lobby organisation that acts in close contact with the Federal Government and the German Bundestag. The major goal, he said, is to anchor the protection of minorities in the German Basic Law.

"We have achieved successes that I never thought imaginable," said Romani Rose, Chairman of the Central Council of German Sinti and Roma. "But what we have achieved in political work we have not yet achieved in social work. Sinti and Roma still often encounter rejection, that is deeply rooted." For this reason, many members of his minority would not reveal their identity to the outside world, hiding it when looking for housing or jobs. Against this background, he places a lot of hope in the Federal Government's Antiziganism Commissioner, who was appointed this year. 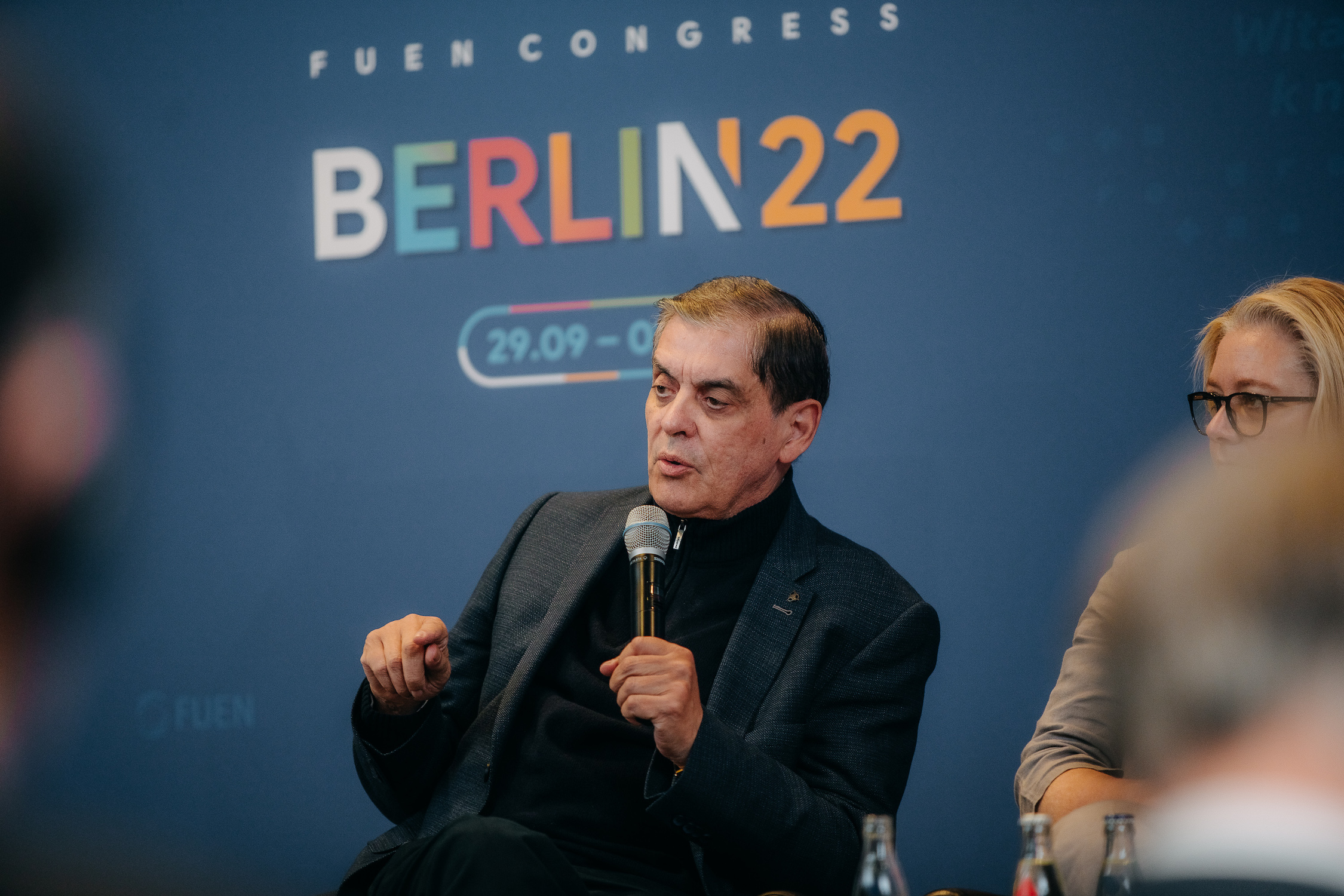 It also became clear in the panel how differently minorities are able to use their language and receive education in their mother tongue. While the Danish minority in the northern part of Schleswig-Holstein can lead a Danish life "from the cradle to the grave", as Gitte Hougaard-Werner, chairwoman of the Sydslesvigsk Forening, described it, the North Frisians even lack individual native-language school lessons. As with the Sorbian minority in Lusatia, the big challenge here is the lack of teachers.

The Sorbians were recently able to celebrate an important digital achievement: Microsoft included Upper Sorbian as a language in its translation tool "Bing". "If minorities and small languages are not digitally represented, they are not understood as equal - that's why this was a great success for us after years of hard work," reported Dawid Statnik, chairman of Domowina (Association of Lusatian Sorbs). 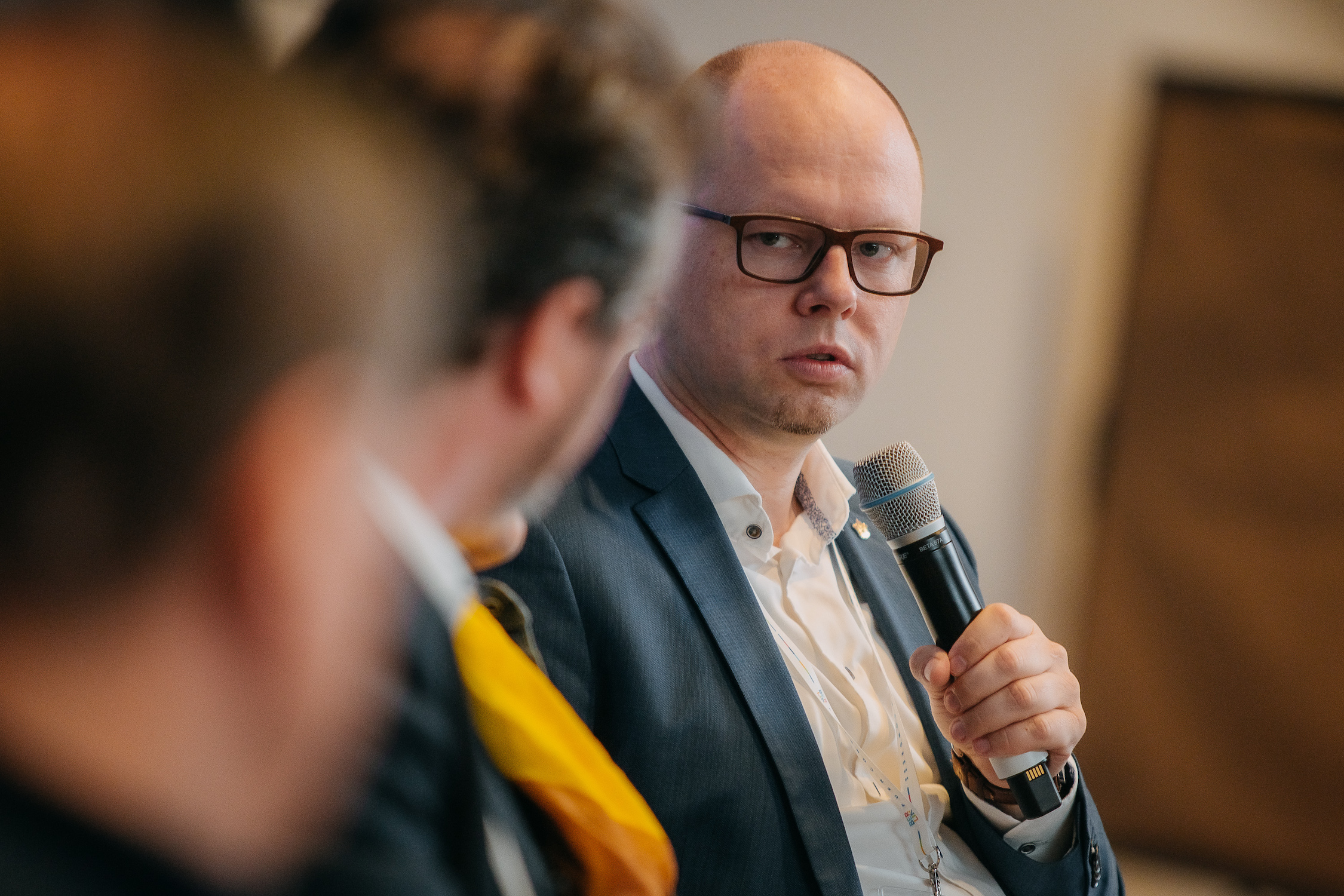 Finally, it was also about the question: How nationally conscious can one be as a minority without appearing nationalistic? "We are part of the population in which we live, but we are also different and have to live out our culture," said Gitte Hougaard-Werner. The distance from integration to assimilation is short, she said. "You don't have to have borders, but you still have to separate yourself." Being proud of one's own nationality and identity does not make one nationalistic - but nationally conscious. 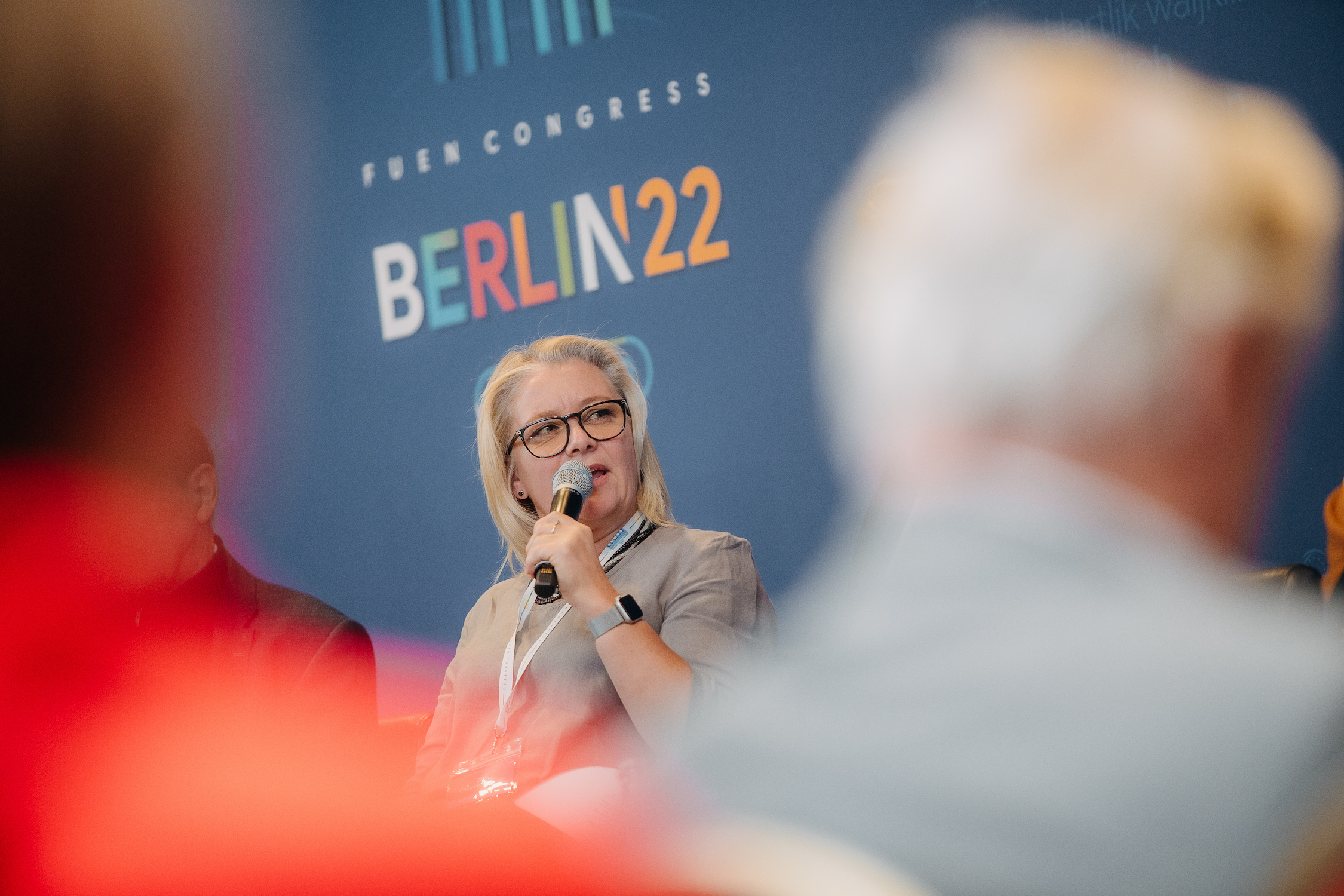 Informing and sensitising the majority society about minorities and regional languages is an important task that everyone must work on. Whether in personal conversations or, for example, with a travelling exhibition, such as the one recently launched by the Minorities Council in Germany. Because visibility is the key. 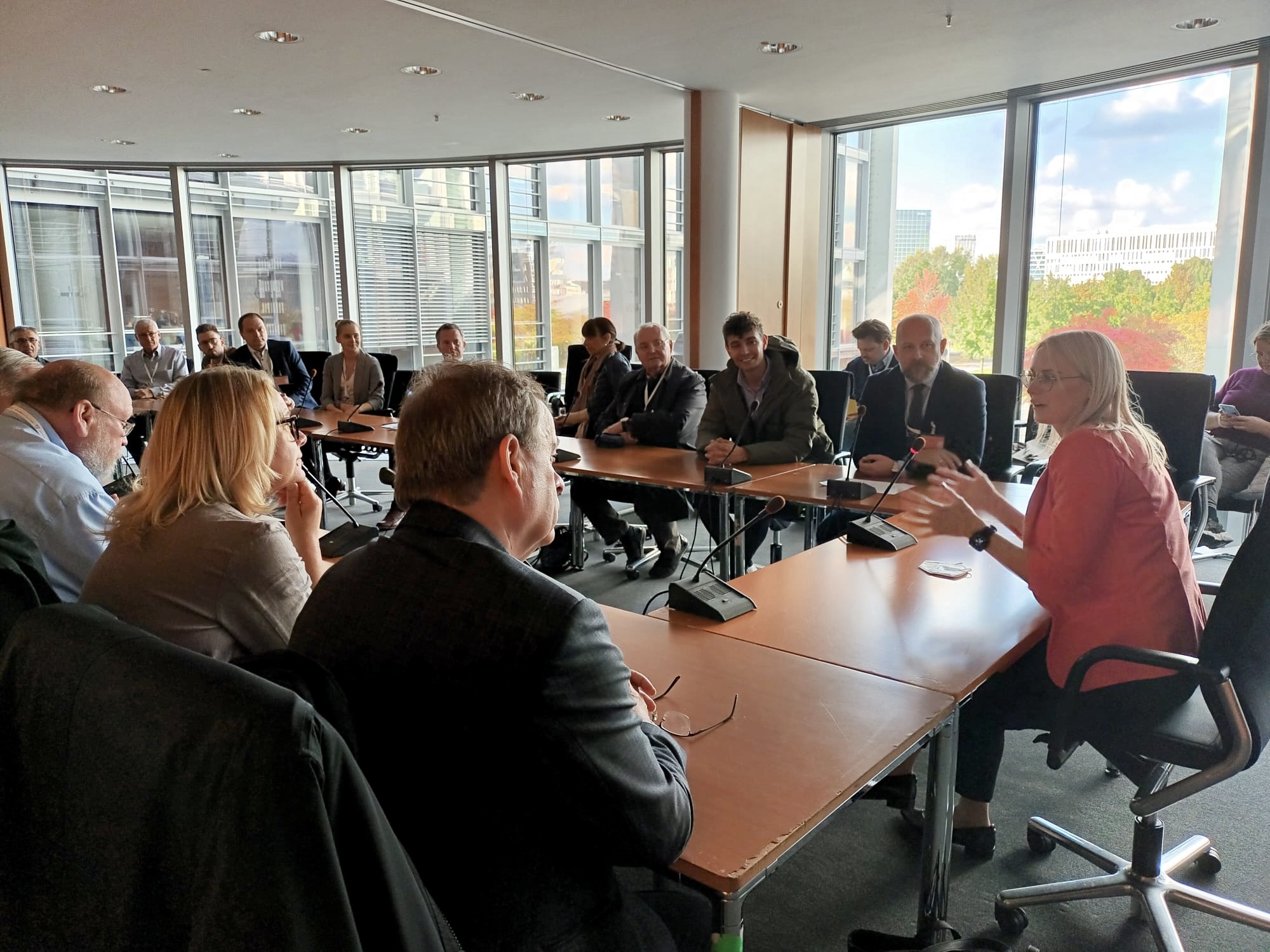