FUEN Conference on the Future of Europe in Flensburg: Minorities give EU a clear work order

What can the European Union do to ensure that its minorities enjoy better rights? "It is the EU's damned duty that the results of conferences like this do not end up in the dustbin of European history", said Karl-Heinz Lambertz at the Conference on the Future of Europe organised by FUEN in Flensburg/Flensborg on 28 March. The President of the Parliament of Ostbelgien (the Parliament of Germans in Belgium) does not believe that a universal solution exists: “I think it is an illusion that we will ever find a ready-made model for minorities that will solve all our problems”. And this is why it is of high importance that representatives of the minorities come together at events like this and formulate together their requests and asprirations. 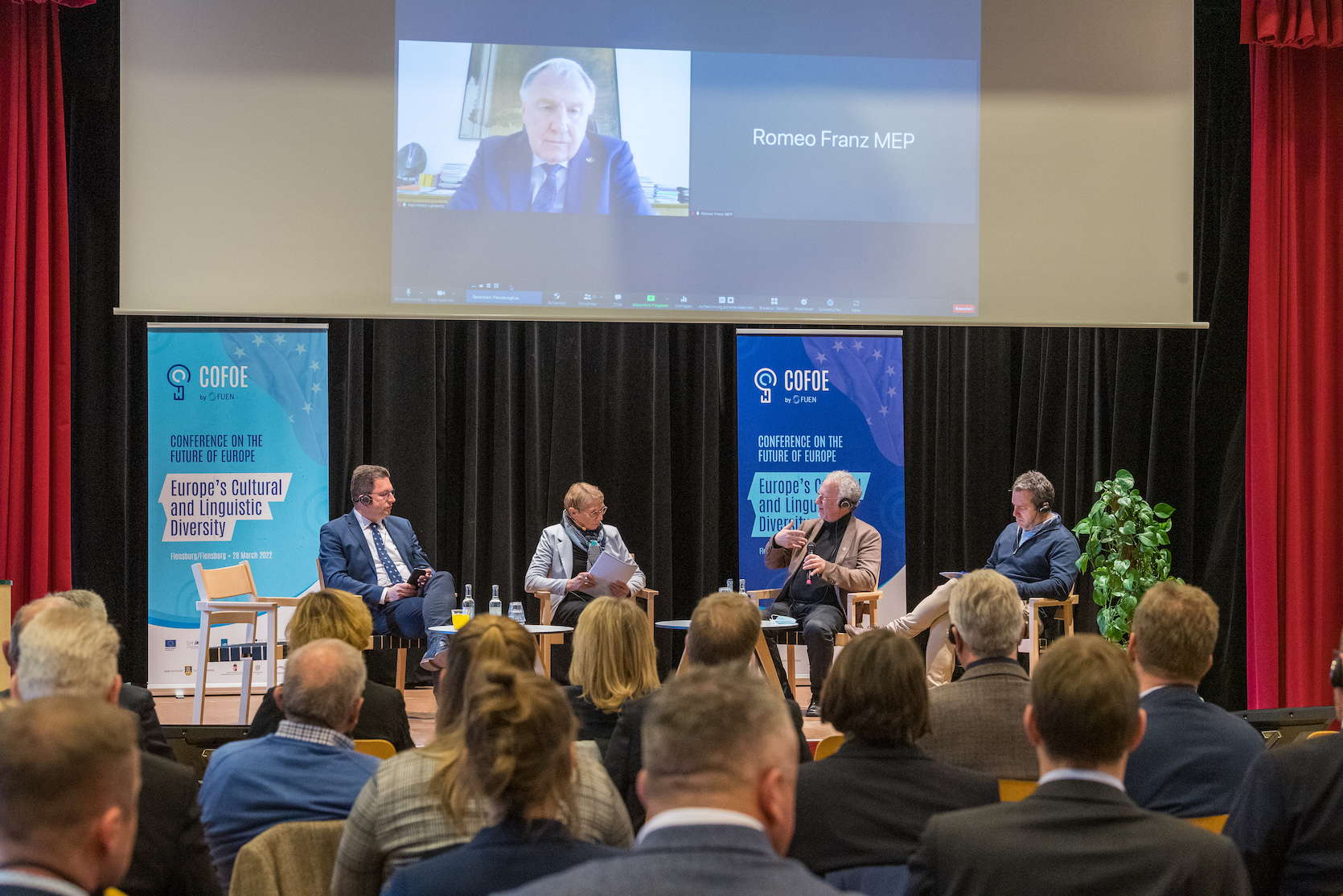 Karl-Heinz Lambertz (above) was connected from East Belgium during the panel discussion.

The Conference on the Future of Europe is a widespread campaign for citizen participation. The aim: to let Europeans actively shape EU policy. What ideas do they have for their Europe of the future? After the rejected Minority SafePack Initiative, FUEN sees this as a welcome opportunity to raise the voice of minorities again. At the event in Flensburg, the "Future Manifesto" was presented – eight concrete wishes and demands of the European minorities for their Europe of the future. The spectrum ranges from tangible political frameworks for the protection of minorities to the abolition of geo-blocking and the establishment of a centre for linguistic diversity. A clear work order to the EU on how minority rights can remain more than just an empty phrase and be implemented concretely. 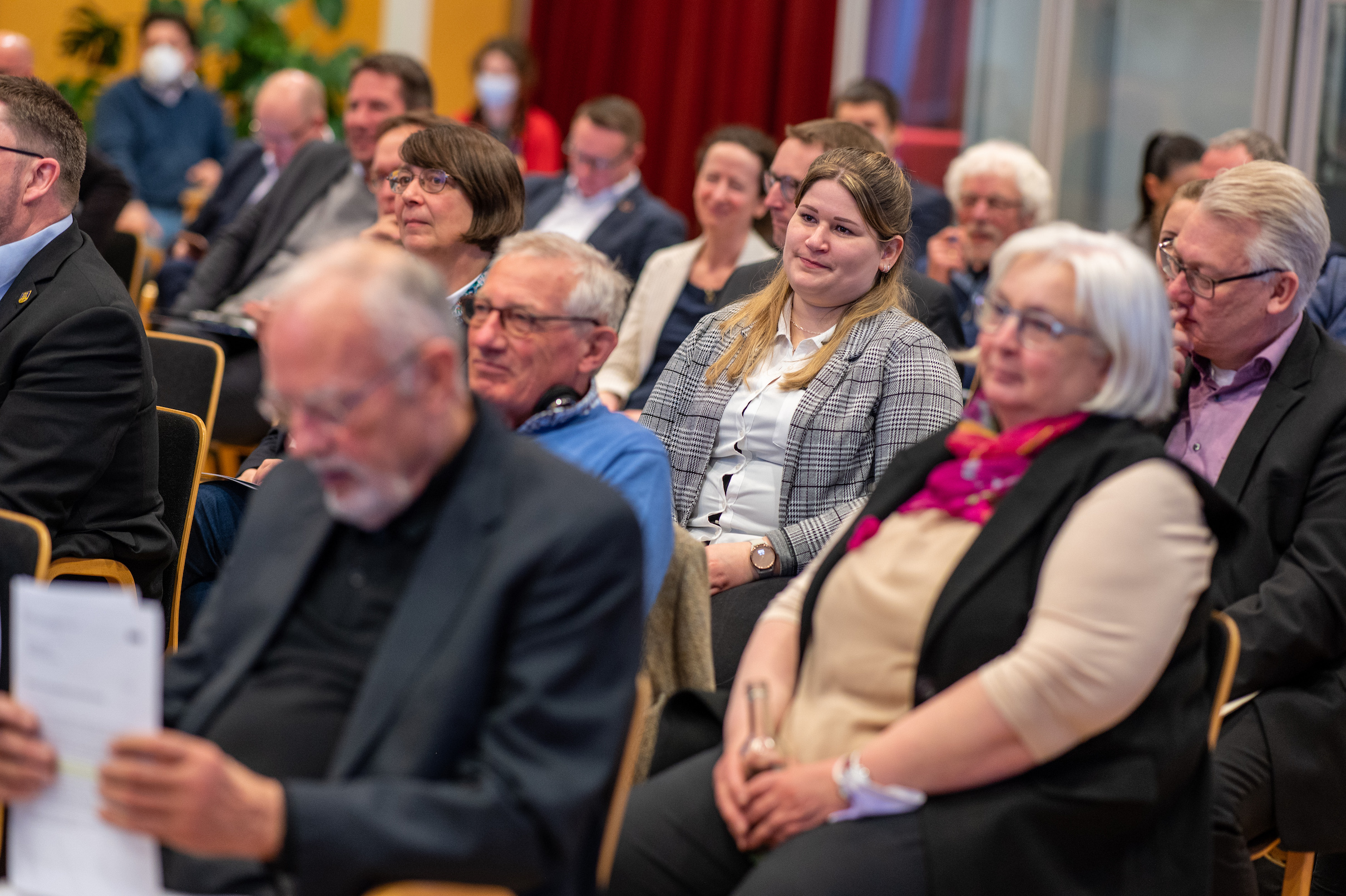 The location of the conference was carefully chosen: The German-Danish borderland serves as a best-practice model of lived diversity and cooperation after historical divides have been overcome.

"Actually, the EU itself should fight for better minority protection, after all it is at the core of European values," said FUEN President MEP Loránt Vincze. But if the Commission does not do this, then "the contribution we can make is to organise conferences like this and convince people that this is the right thing to do and that these European values will be important not only today but also in the future". 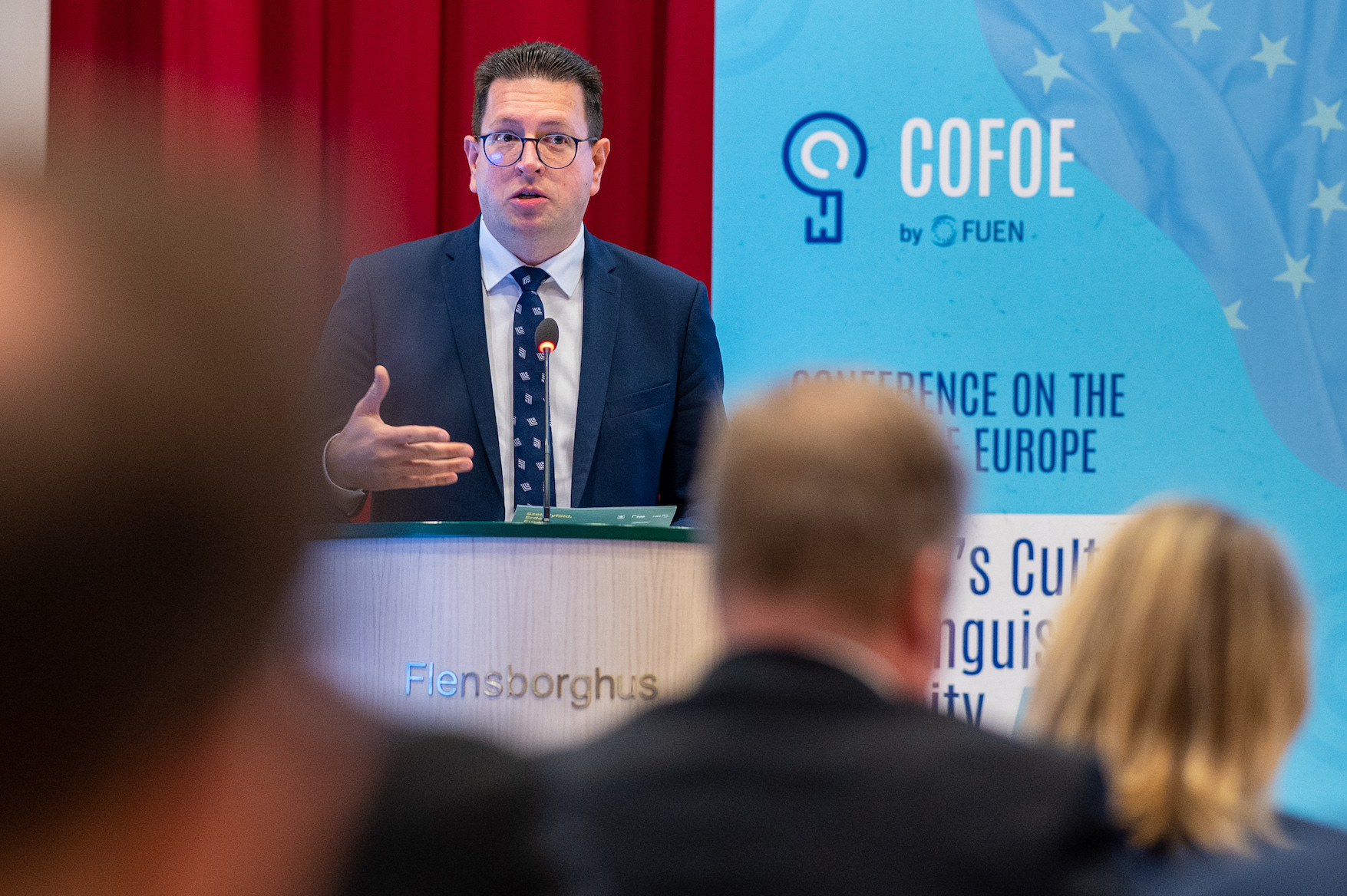 The fact that better protection of minorities also benefits the majority was made clear by Johannes Callsen, Schleswig-Holstein's Commissioner for Minorities. "They are an added value for our society. Minorities must be actively involved in shaping the future of Europe, because all Europeans benefit from this," he emphasised. For this to happen, however, the view on minorities has to change in many places: they have to be seen as important parts and values of society and not as a threat. 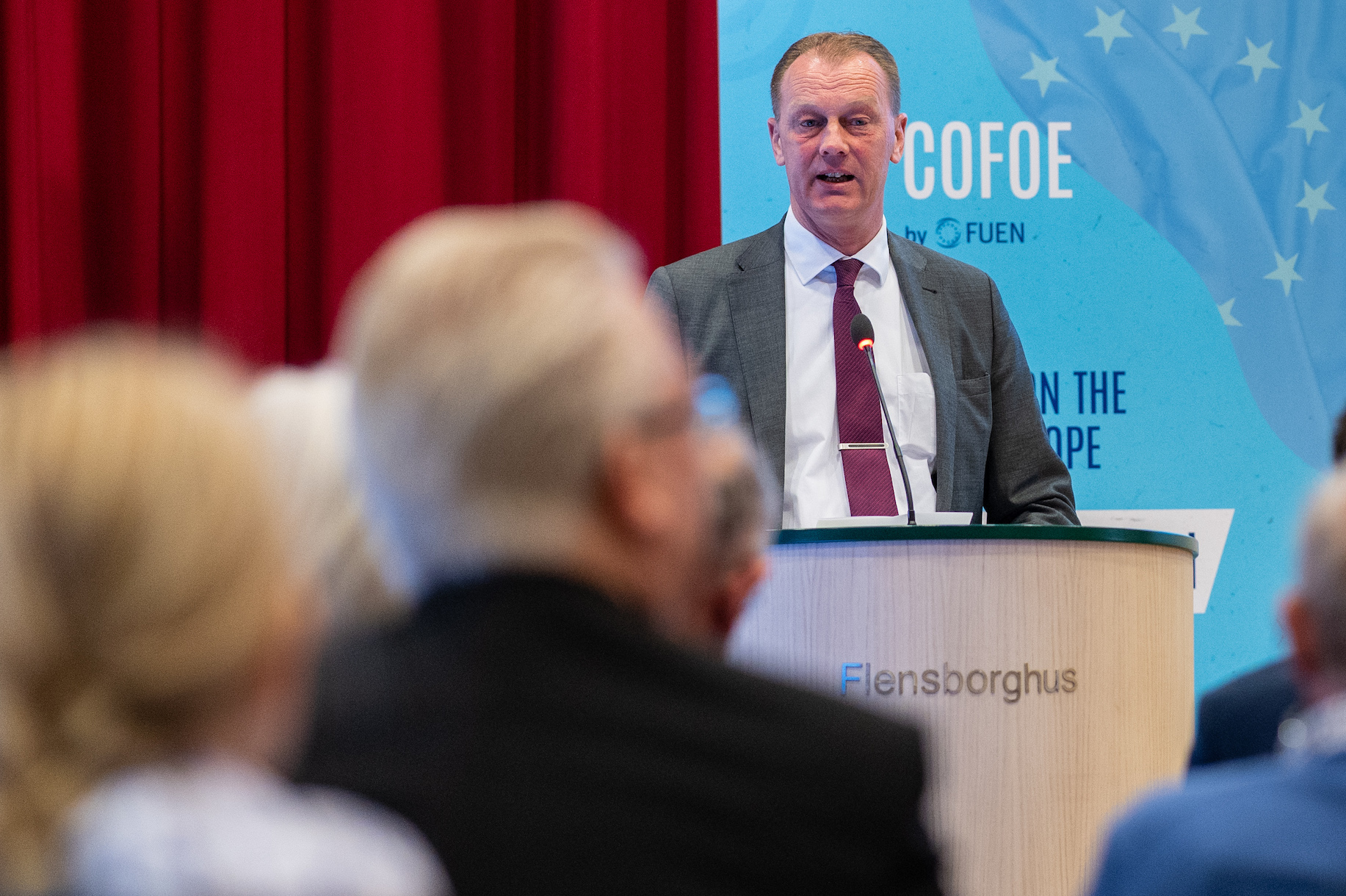 Aminata Touré, Vice-President of the Schleswig-Holstein Parliament, emphasised that Russia's terrible war against Ukraine shows once again that minority policy is always also peace policy. "We have to counter this with values, ideas and concrete proposals on how it is possible for different people and nationalities to live together," she demanded, calling the proposals developed by the minorities at the conference "active peace work". The German-Danish border area was an excellent example of this, she said, because here the divides had been overcome, although this would hardly have been conceivable just a few decades ago. 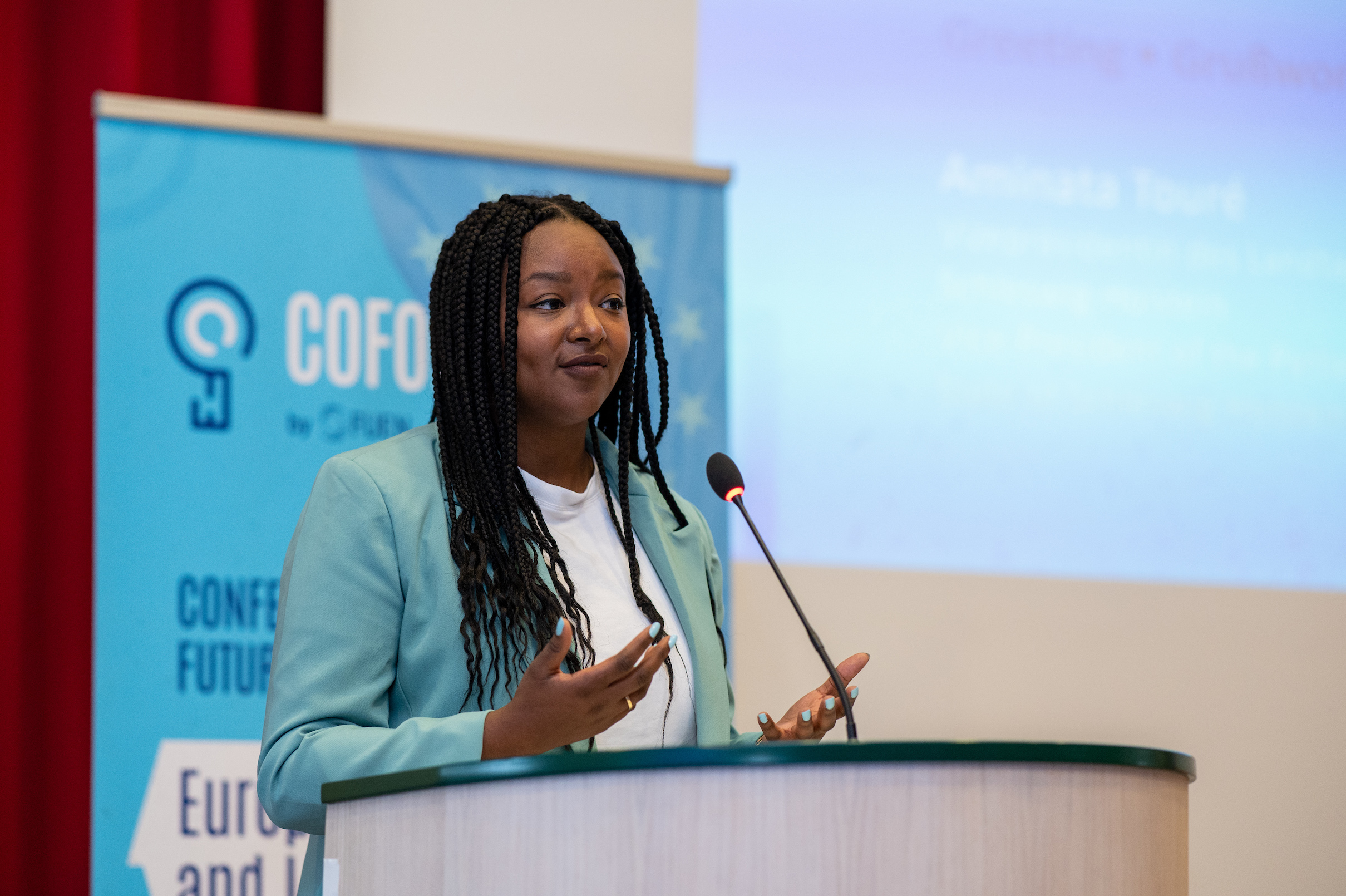 Dr. Fernand de Varennes, UN Special Rapporteur on Minority Issues, made further proposals for strengthening minorities in Europe: "The Framework Convention for the Protection of National Minorities is not enough. No one can derive a right from it. We need to get the European Court of Human Rights on board and shorten the reporting periods – then the mechanism would be much more effective," he demanded. For he never tires of emphasising: Minority rights are human rights. 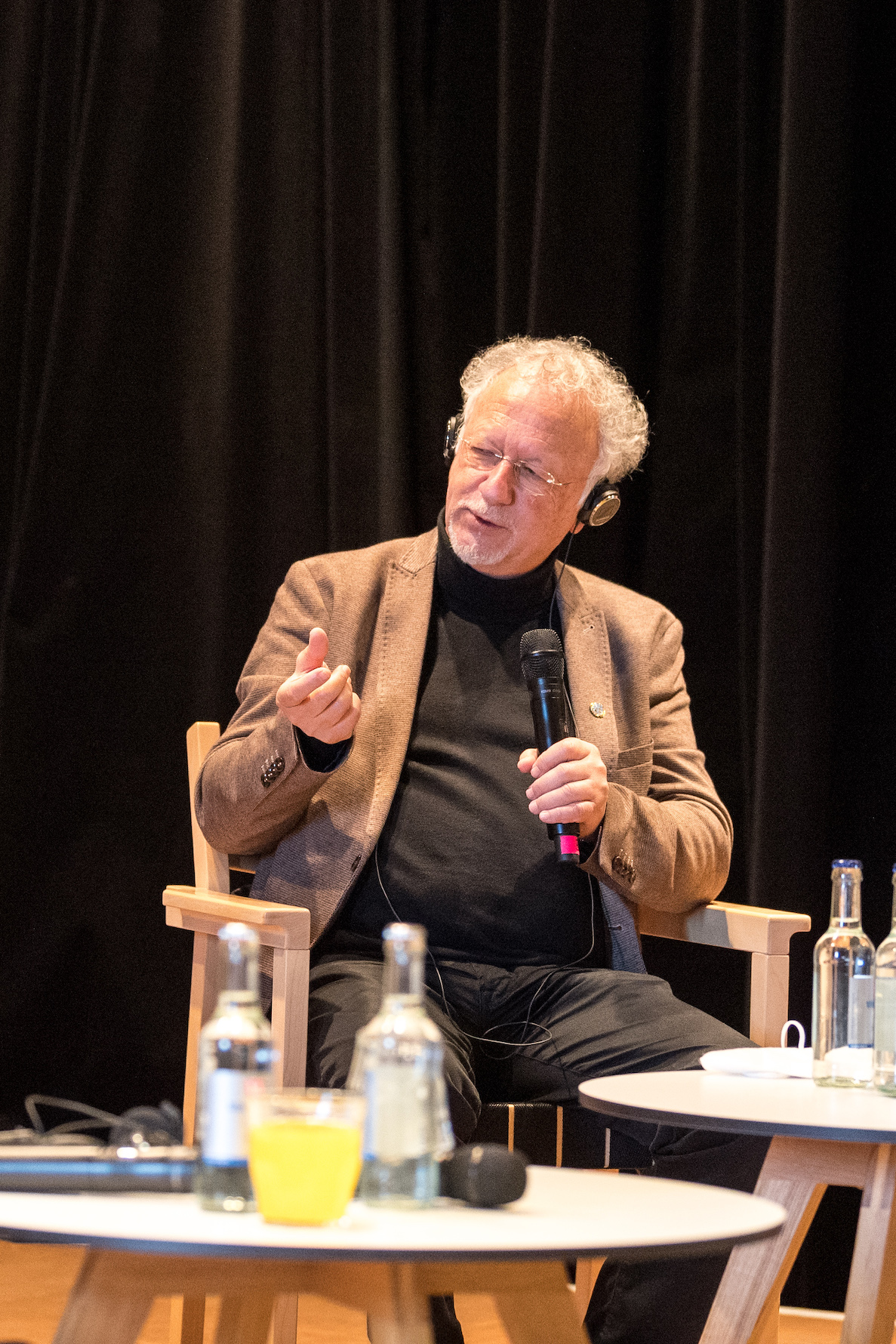 All eight proposals from the "Future Manifesto" can be supported on the official EU platform.

Read more
Follow the FUEN Conference on the Future of Europe today in a livestream! The Parliament of the German-speaking Community in East Belgium calls for the protection of minorities in the EU in a resolution