On Thursday, 9 September 2021 the 65th FUEN Congress was solemnly opened in Trieste/Trst, Italy. Until 12 September more than 140 participants from 20 countries and 41 minorities gather in Trieste/Trst, Italy, to exchange views on current developments in minority issues. This year's annual congress is hosted by the Confederation of Slovene Organizations (SSO).

Trieste/Trst is the capital of the autonomous region of Friuli Venezia Giulia, currently home to 200,000 people. Next to the Italian majority population, the Slovenes represent the largest minority community. About 80,000 Slovenes live in the entire region.

highlighted the peaceful coexistence of different ethnicities and minorities in Trieste and its region at the opening ceremony: "Trieste is a city where people talked about a united Europe before the EU existed." For this reason, he does not use the term minorities, but prefers "communities" - after all, they are all integrating parts of the city.

thanked the host organisation Confederation of Slovenian Organisations (SSO) and the FUEN team for making the congress possible in such extraordinary times. „Being together again is worth a celebration. We represent together a major part of the 50 million Europeans belonging to autochthonous national minorities and languages” – he said, adding that he regrets that due to the restrictions one third of FUEN’s Member Organisations were not able to be present at the congress.

For the FUEN, the past year has been probably the most active in its 72-year-old history, as it answered the challenges by working on new solutions to preserve its traditional activities, and initiated new ones, highlighted the FUEN President. “We managed to overcome this difficult period by staying together, strengthening each other. I would like to thank all of you for keeping together also in these hard times.

Talking about the main project of the FUEN for the last eight years, the President said that the Minority SafePack Initiative gave FUEN a new perspective, a new visibility, and the expression of support and solidarity from all corners of Europe, which came after the European Commission’s regretful decision not to initiate legislative acts based on our proposals. “Today, the issue of autochthonous minorities is better known than it was a decade ago. We are visible, we are on the map. Even if this is not yet a moment of full celebration, it is certainly a moment to be proud of these achievements, and we are determined to build on them in the future.”

Loránt Vincze said that during the congress they will have the opportunity to analyse the impact of the MSPI and to decide on the next steps to follow. He said FUEN needs to represent the interests of its communities at any given opportunity, and two such opportunities have just come up: the European Union started a consultation series with its citizens, the Conference on the Future of Europe; meanwhile, the Council of Europe under the Hungarian Presidency is also trying to adapt the field of minority protection to current needs. “Europe’s future must be the future of the autochthonous cultures and languages, too!” – pointed out the President.

Walter Bandelj, President of the Confederation of Slovene Organizations (SSO)

is proud to be able to present his very special home region within the framework of the FUEN Congress - despite all the restrictions that the pandemic still brings. "The protection of minorities cannot be left to individual countries, but requires a dialogue at the European level," he emphasized. Linguistic minorities are not a threat but an added value and represent an opportunity for new developments, especially in border areas. The Friuli Venezia Giulia region is an excellent example of this, he said.

said that for Friuli Venezia-Giulia it is a priority to preserve its linguistical diversity, which is the basis of their autonomy, their growth, and also for the specificity of the region. He added that he is honoured to take part in the congress also because he had crossed roads many of the participants, namely the representatives of the minority communities in the regions and in the whole of Italy, but also the ones of the Italians living abroad.

explained the high level of protection Slovenia offers to minorities living there, especially with regard to practicing one's mother tongue. "We expect such high protection also from other states and we see that there is still a lot to do, and not only on paper – also in reality, because, unfortunately, coexistence does not work as well everywhere as it does in the Friuli Venezia-Giulia region", she said. Minorities need special protection if we want to preserve them, and they should not be left to their own devices, the minister emphasized. Connections and the exchange of best-practice examples are important, and this makes the FUEN a highly relevant European point of reference in this regard.

pointed out the importance of FUEN’s work for autochthonous national minorities.  He congratulated FUEN President Loránt Vincze for receiving the Officer’s Cross of the Hungarian Order of Merit this year. The State Secretary said that every third Hungarian lives outside the boarders of Hungary, and this is why the existence of European, international organisations like FUEN which puts forward the issues of minorities is important for Hungary, and this is why they can count on Hungary’s support. Regarding the Minority SafePack, Mr Potápi said the role of such initiatives is to raise awareness on national communities and to show the decisionmakers that Eruope is much more diverse than it can be seen on a map. 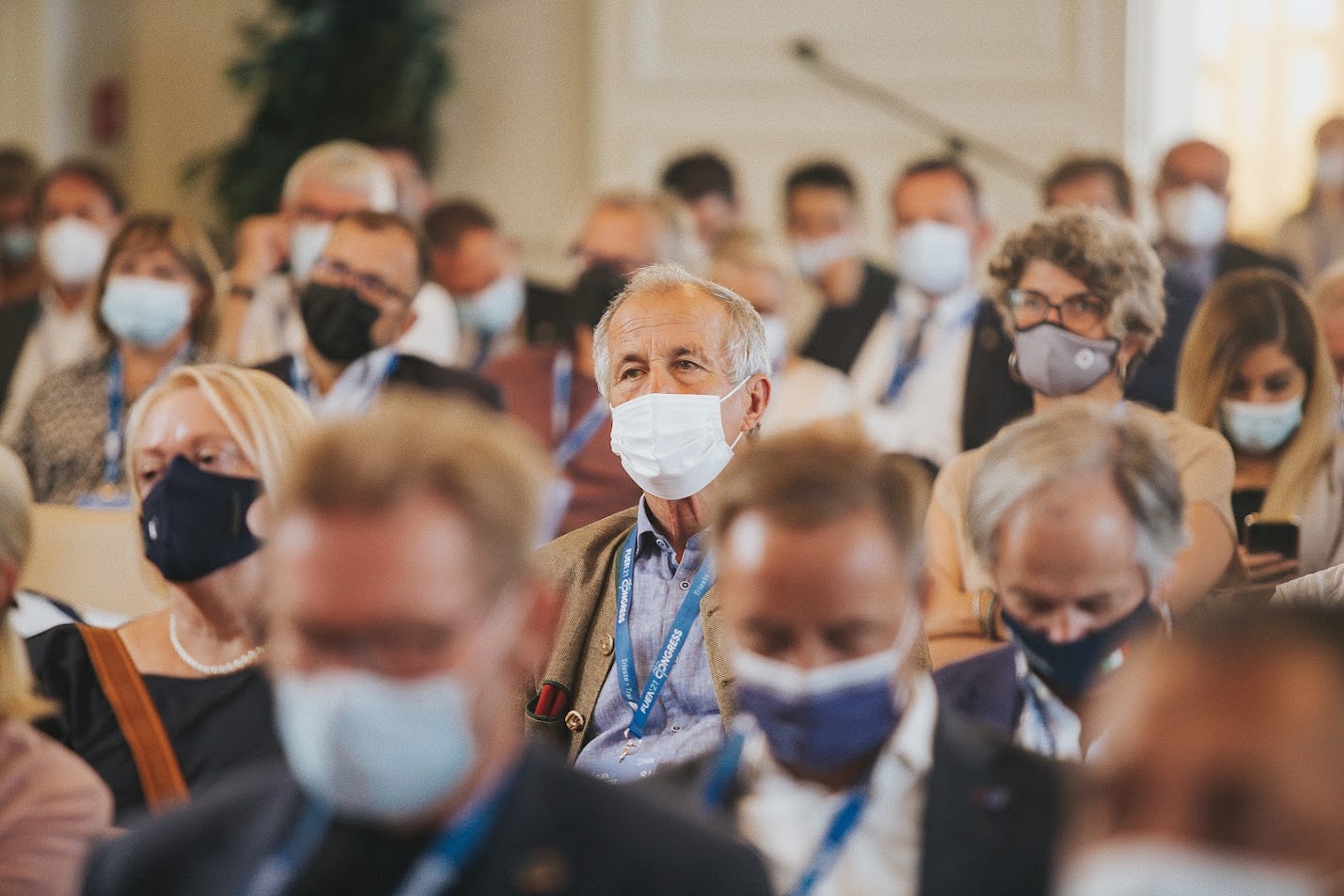