Two minority communities presented themselves and their current issues at the meeting of the European Parliament`s Intergroup for Traditional Minorities, National Communities and Languages on Thursday, 9 June 2022.

The Ladin representatives called on the members of the Intergroup to promote a resolution of the European Parliament to preserve the Ladin in the Belluno Province and to make this issue known, and to urge the Italian government to and Veneto Region to guarantee the rights of the Ladin minority in the province. They also invited the Intergroup members to visit their community. 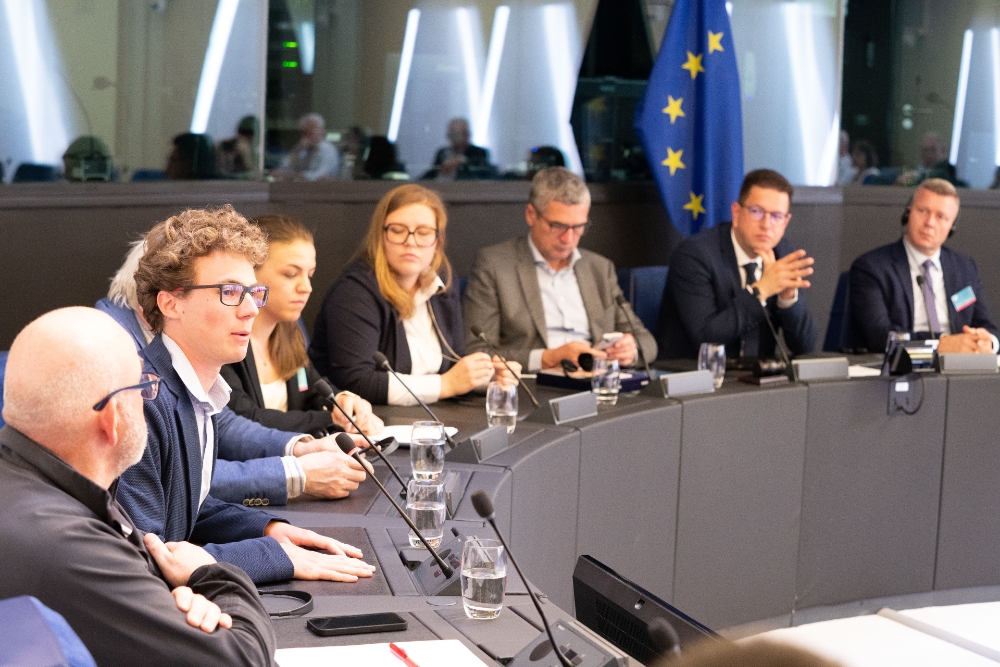 As the second topic on the June agenda, at the proposal of Intergroup co-chair and FUEN president Loránt Vincze, the Intergroup received an overview of the situation of the Hungarian community in Slovakia. Mr. Krisztián Forró, the Chairman of the Szövetség-Aliancia party, interpreted the results of the 2021 census according to which 7.7% of the country's population belongs to the Hungarian community (422.000 persons, with an additional 34.000 declaring Hungarian as a second ethnicity). Being the largest national minority of the country, the Hungarian community still lacks appropriate protection standards, which could help prevent assimilation and further negative demographic changes in affected regions. Although the number of Hungarian did not decrease rapidly in the last ten years, the number of people declaring Hungarian as their mother tongue has decreased by 45.000, which, according to Mr. Forró, shows that the Slovakian government did little to nothing to prevent language loss.

The Szövetség-Aliancia party leader pointed out that although the Heger government had ambitious plans regarding the situation of minorities, including a preparation of a law on national minorities, setting up an office of minorities and even to make minority language an official language in self-governing regions, so far nothing came to fruition.

At the meeting some specific topics such as the recently revealed land confiscations on the grounds of the so-called Benes-decrees and environmental issues concerning the regions inhabited by the community were also highlighted.