"The Europeada should write a piece of minority history"

Press conference on the European Football Championship of the autochthonous national minorities from 25.6. to 3.7.2022 in Carinthia

The Carinthian Slovenes are not only known for their hospitality, but also for their tenacity – fortunately, said Governor Peter Kaiser at the beginning of today's press conference in Klagenfurt. Because due to the pandemic, the Europeada had to be postponed twice already and can now finally take place instead of in 2020 as originally planned. "The event will make the importance of the minorities visible and bring it to the outside world," he said. "This colourful picture will enrich us all. Kaiser even expressed his conviction that the Europeada will write a piece of minority history.

The time will come in five days: after a long wait, the Europeada will take place in Carinthia/Koroška, Austria. From 25 June to 3 July 2022, there will not only be sporting competitions, but also a series of political and cultural accompanying events. Under the motto "together unique – gemeinsam einzigartig –  skupaj enkratni", around 1000 participants from all over Europe will come together and make the living diversity and added value of the many different nationalities, ethnic and language groups visible. The games will take place in twelve locations in the Carinthia region as well as in Slovenia.

Loránt Vincze, President of FUEN, which organises the tournament every four years, said: "Europeada is the essence of our mission – we show the best that Europe's cultural diversity has to offer. It is a real show of linguistic and cultural diversity that is so uniquely European." At the same time, he said, the event sets a sign against intolerance and discrimination. Vincze also emphasised the important publicity effect of the major event: its idea was born from the need to make minorities and FUEN as their umbrella organisation visible and to draw attention to the linguistic and cultural richness of Europe. 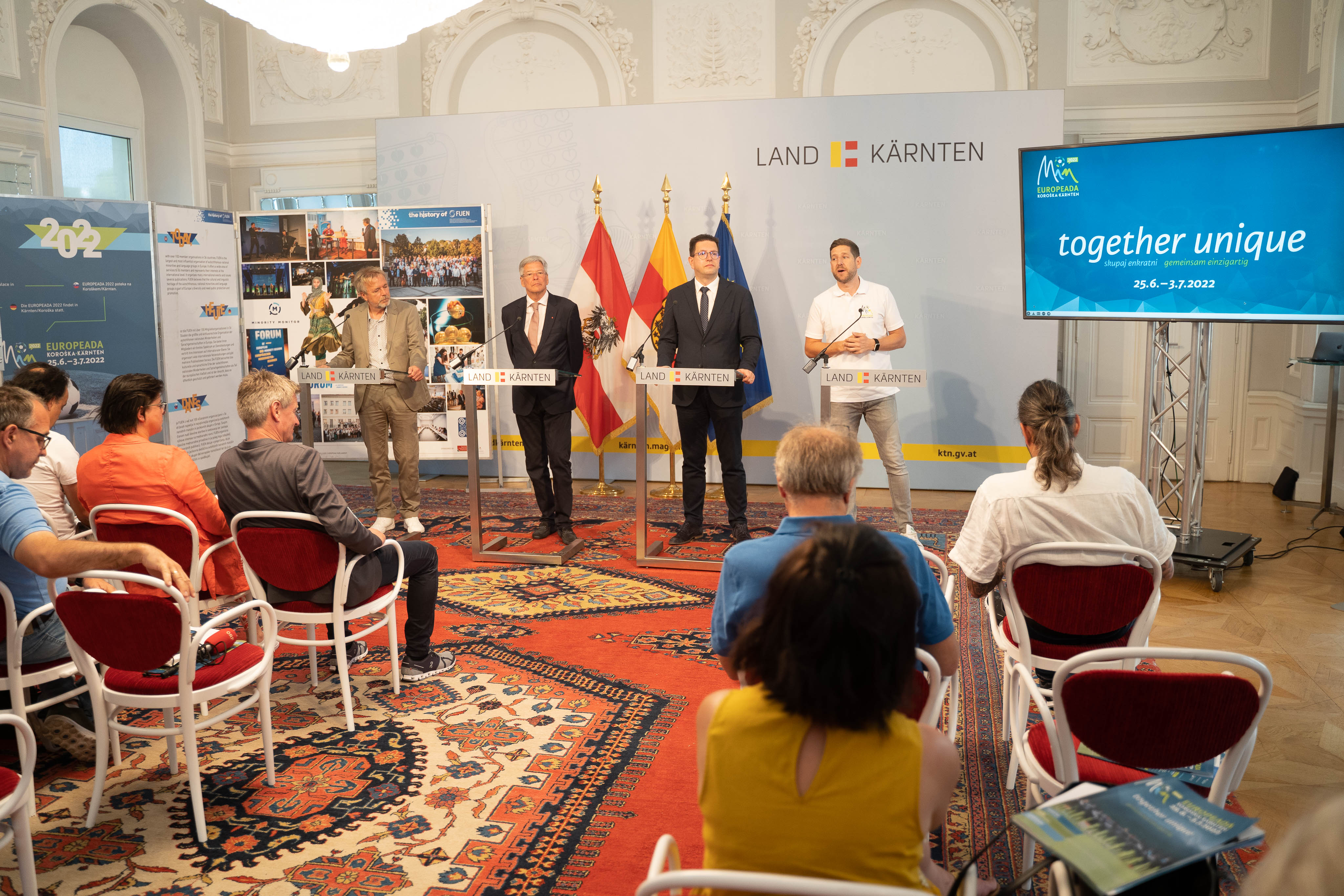 As chairman of the Europeada association and head of the organising committee, Marko Loibnegger gave a little insight behind the scenes of the sporting event. "More than 100 people are working on the organisation of the football tournament alone, a total of about 250 committed people are active to make the Europeada and its diverse supporting programme with political talks, concerts and cultural presentations a success.

Marijan Velik, President of the Slovenian Sports Association and team leader of the Carinthian Slovene selection team, made it clear that the tournament is by no means just about having fun: "We have a high regional league level in the top four teams. Many players were once professional footballers." 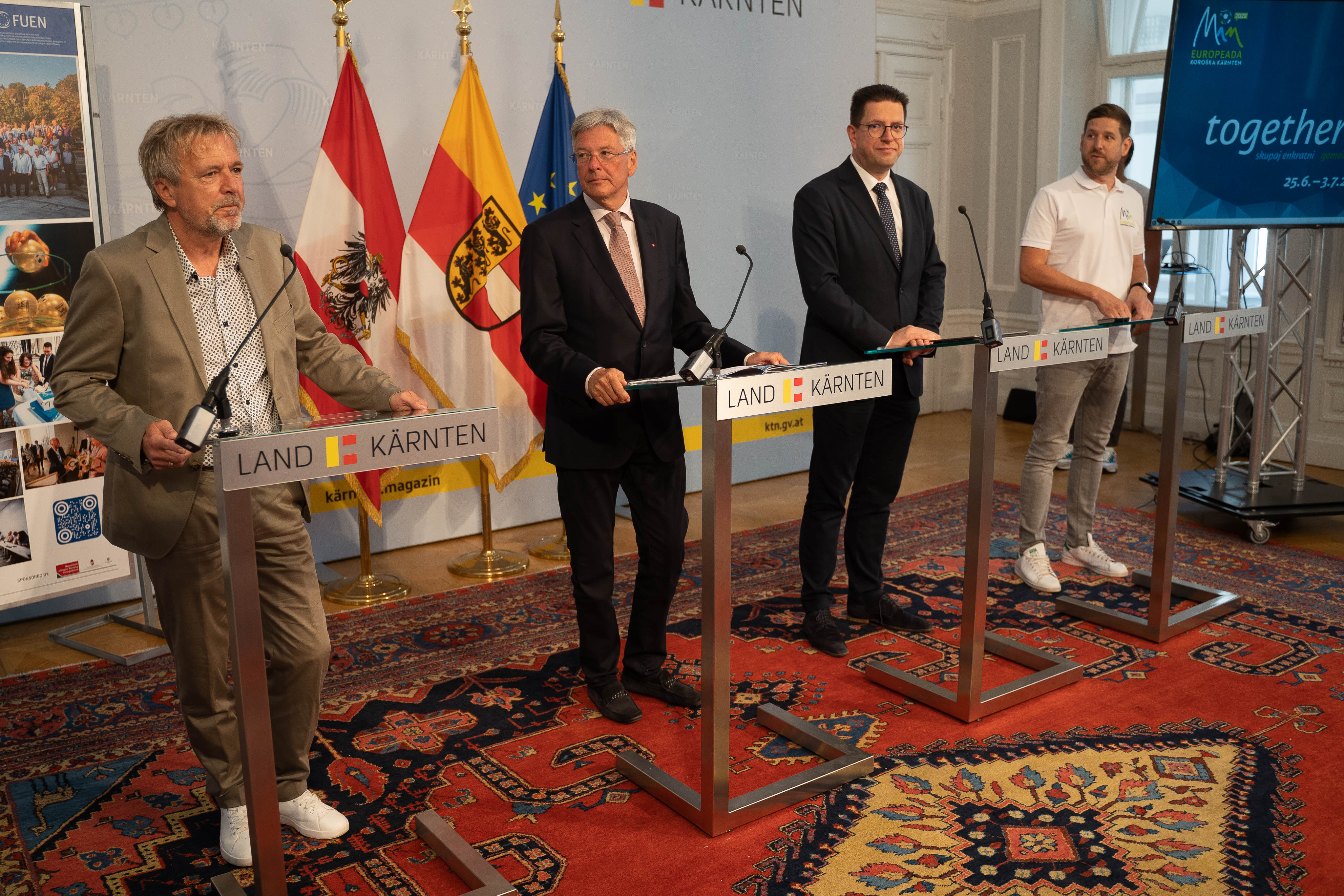