Building trust between majorities and minorities, enhancing cooperation among the minorities of countries of Eastern Partnership, and providing a platform for exchange of information with representatives of authorities responsible for minority affairs was the focus of the FUEN event Dialogue for a Stable Future, held between 27-29 November 209 in Kyiv, Ukraine. The follow-up to FUEN’s project Minorities in the Caucasus – Dialogue for a Stable Future project proved to be even more attractive than its predecessors – as FUEN Vice President Gösta Toft noted in his opening speech, with more than 60 participants. This is a clear sign that there is potential in this approach, and that we should continue to work with the minorities in the region and show them that we are present here – the Vice President said.

The working sessions kicked off with the presentation  of Prof. Ihor Zhaloba from the Borys Hrintschenko University Kyiv about the history of Ukraine, giving a political and sociological perspective to the country which has obtained its independence 28 years ago. In his presentation he focused on the last two years, a period of great political changes, with people voting confidence to a politically inexperienced president and a new party, and also a period of optimism and growing trust in state institutions.

Zora Popova, Senior Analyst of European Center for Minority Issues (ECMI), an international non-governmental organization working on the ground in Ukraine held a presentation on how ethno-cultural diversity can become a development factor. For this to happen, society needs to change, and there are five key elements for this to happen: awareness of the need for change, desire to support and participate in the change, knowledge of how to change, the ability to implement and the reinforcement to sustain the change.

As the aim of this FUEN project is to get first-hand reports on the current situation of minorities regarding education rights, the use of mother language, access to media and integration in the society and identifying ways of helping them achieving their goals, the seconf part of the first day was dedicated to the minorities. The Organization "Vatan" Public Union of Akishka Turks living in Azerbaijan, the Cultural Alliance of Hungarians in Sub-Carpathia, the Federation of Greek Societies of Ukraine, the Association of Germans of Georgia "Einung", the "Teutonia" Cultural non-governmental organization of Germans in Armenia,  the All-Ukrainian National Cultural Association of the Moldovians, the Society of the Carpatho-Rusyns/Ruthenians, the Georgian Azerbaijani Lawyers' Association, the German association Deutsche Gesellschaft Edelweiss from Moldova, "Vatan” Public Organisation of Meskhetian Turks, International Union of German Culture from Russia, Council of Germans in Ukraine, Mejlis of the Crimean Tatar people and the Congress of Roma in Ukraine presented their projects and the problems they face.

On the second day the results of the Minorities in the Western Balkans project of FUEN and the Minority Commissioner Office in Bijeljina were presented by the representatives of the city of Bijeljina.

As one of the roles of the project is to facilitate the political participation of minorities and to organize a dialogue at eye level with political decisionmakers and minority affairs authorities, a dialogue with state and city representatives was part of the program. Andriy Yurash, Head of Department on Religious Affairs and Nationalities in the Ministry for Culture of Ukraine  said that the fact that high level government representatives are present at the event shows that they are very interested in the cause of minorities. That was different 10 years ago, there was little interest – he pointed out.  The government’s basic principle is that the situation of minorities must not be worsened, said Mr. Yurash. Five years ago, they only had three employees who worked on minority issues, and now they will soon get a whole authority for it, which will be able to act as mediator between minorities and to pass on their problems to other responsible ministries, he explained. He added that the Minister of Culture, Sport and Youth, responsible for the minorities, welcomes FUEN’s conference here.

Other authorities representatives also took part in the meeting: Andriy Mamalyga, the Representative of Commissioner for Human Rights for cooperation with institutions of civil society in Ukraine and Evhen Samukha, Head of the International Relations Department of the Mission of the President of Ukraine in the Autonomous Republic of Crimea.  A dialogue was initiated and minorities could ask questions relevant to them. The representative of the Ruthenes noted that although their situation is better than it was in the Soviet Union, but their minority is still not recognized in Ukraine, they could not confess their nationality at the last census and they do not recieve state funding. Fthe representatives of the Greek minority said that there is a great need of forums for minorities organized by the Ministry, where also representatives of the administration should be invited and they could discuss the different problems the minorities face. The representative of Hungarians opinated that a member of a minority should be responsible for minority issues in the government.

The participants also visited the Babi Yar and Roma memorial and had the opportunity to taste the traditional Crimean Tatar cuisine and take part in a cultural event organized by their community. 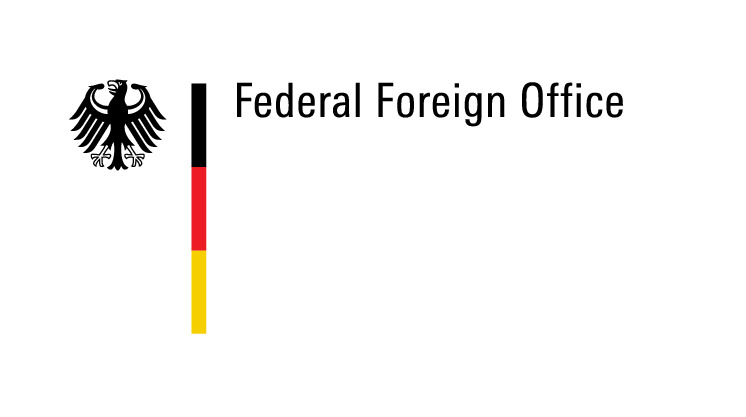 Read more
UN recommendations on minority education include the Minority SafePack FUEN’s second Build Yourself! training was all about successful communication