EUROPEADA will take place in the summer of 2022

Dear athletes and friends from all over Europe, esteemed partners of the EUROPEADA!

The organiser of EUROPEADA, the Federal Union of European Nationalities (FUEN) and the hosts of the event have decided to postpone the European football championship of national minorities until the summer of 2022 due to the coronavirus pandemic. The event was originally scheduled for the summer of 2020, but due to the pandemic it was moved to 2021.

Despite the important steps Europe took in the fight against the virus, the pandemic is still ongoing, and measures to contain its spread are still in place in the majority of Europe’s countries. This would make it hard for teams to get prepared for the championship, and it would also jeopardize the quality of the event. EUROPEADA was always and is always going to be more than a sports event, which facilitates the collaboration and interaction of minority communities. This would also be impossible with the current social distancing measures. Even with a much improved situation by June, we consider that it would be irresponsible to hold a Europe-wide sporting event with over a thousand active people and many traveling fans.

The health and security of teams and all participants has to have the highest priority. This is why after careful deliberation and consulting partners, sponsors and teams involved in the event, we have decided to postpone the EUROPEADA to summer 2022. The EUROPEADA will take place in June 2022 in Carinthia / Koroška.

The participating teams were already informed and the organisers are currently working on rescheduling the accommodation and transport of the teams. Our team will continue to do everything possible to maintain the existing professional and business partnerships and use them to make EUROPEADA 2022 a colourful, hopeful and joyful celebration of Europe's linguistic and cultural diversity. 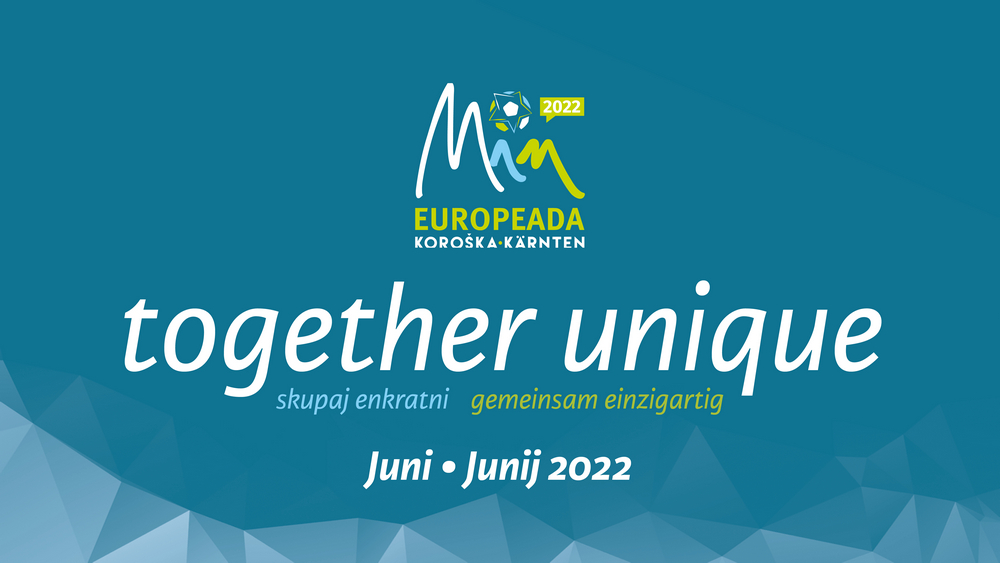 EUROPEADA is a major European event that connects the fair competition and the enthusiasm for a sporting event with the interests of the autochthonous national minorities. The focus is on the encounter, the exchange of minorities and the public promotion. FUEN is the organiser of the EUROPEADA.

After the three successful European football championships of the autochthonous national minorities, hosted by the Romansh people in Grisons/Switzerland in 2008, the Lusatian Sorbs in Germany in 2012 and the German-speaking South Tyroleans and the Ladins in South Tyrol in Italy in 2016, the 4th EUROPEADA will take place in Carinthia/ Koroška hosted by the Carinthian Slovenes in 2022.

More information on the Europeada at the official website: www.europeada.eu