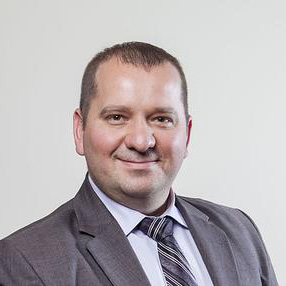 Cengiz Kovaç President
The Kosovo Youth Union Association, representing the Turkish minority in Kosovo, was established in March 2009. It carries out political, social and cultural activities in Prizren. The Association aims to promote development in the areas of culture, minority rights and sports, contribute to the improvement of relations between similar associations throughout Kosovo and the world and work towards the creation of a democratic and tolerant environment where minority rights are respected. The Kosovo Youth Union Association is a member of FUEN since 2018.
Turks settled in Kosovo after the conquest of the Ottoman Empire. For centuries, Kosovo Turks lived peacefully with other communities and maintained their own culture, traditions and customs to this day. The wide cultural-linguistic and political rights of the Constitution of 1974 began to be annulled by the Milosevic regime in 1989, and this unfavorable situation and pressure began to emerge as far as 1999. When the United Nations Kosovo Provisional Mission (UNMIK) was settled in 1999 and the rights of Turkish language and education were questioned by the provisional administrative institutions, the struggle for these rights was resumed and it was requested to defend the officiality of Turkish language. In the first years the Turkish community and language in Kosovo were not recognised and tolerated by the international community as required. For this reason, the Kosovo Turks have gone back to political, social and cultural organisation in order to defend and develop their rights. The majority of the challenges they have faced during 1999-2008 are focused on language and education. As a result of these struggles, the political party Turkish Democratic Party of Kosovo (KDTP) and associations have participated considerably in their joint efforts so that important rights, namely minority rights, have been provided. As a result of this struggle, Turkish is in the new constitution. The Constitution of Kosovo envisages Turkish as the official language in the municipalities where the Turks live. Also according to the Constitution, Turkish can be used in central government institutions. The official newspaper is also being published in Turkish language. The Constitution, Ahtisaari Plan and other important official documents have been published in Turkish. The Turk deputies have the right to speak and correspond in Turkish language in the parliament and other state institutions. The right of education in Turkish language is recognised and guaranteed by the constitution at all levels of education. In addition, education in Turkish language can also be given in established private schools upon request. The minority has the right to establish associations aimed to develop and sustain the Turkish culture in Kosovo.