Western Balkans: Schleswig-Holstein’s institutions, NGOs and minorities were presented in a virtual tour

Between 2016-2018 FUEN and its partners ran the project entitled Minorities in Western Balkans, which aimed to present the successful minority protection framework in Schleswig-Holstein to people working in this field in the Western Balkan states and implement the good practices there. The project resulted in the opening of the still functioning Minority Commissioner Office in Bjeljina, Bosnia and Herzegovina, and the establishment of a Forum for Social Dialogue (after the DialogForumNorden model) in Tetovo, North Macedonia. During the pandemic, these kind of face-to-face meetings with citizens of non-EU-member states became virtually impossible. Nevertheless, the sharing of good practices and knowledge has to continue, and this is why FUEN has decided to organize the Virtual Study Tour of Schleswig Holstein between 26-28 October 2021.

As the continuation of the Western Balkans project, with the guidance of FUEN and GIZ, the study tour took the local level public officials and representatives of NGOs, coming from ethnically diverse municipalities from different Western Balkan states connected via a livestream on a three-day virtual visit to the offices of diversity governance institutions and structures, NGOs and minority organisations in Schleswig-Holstein. 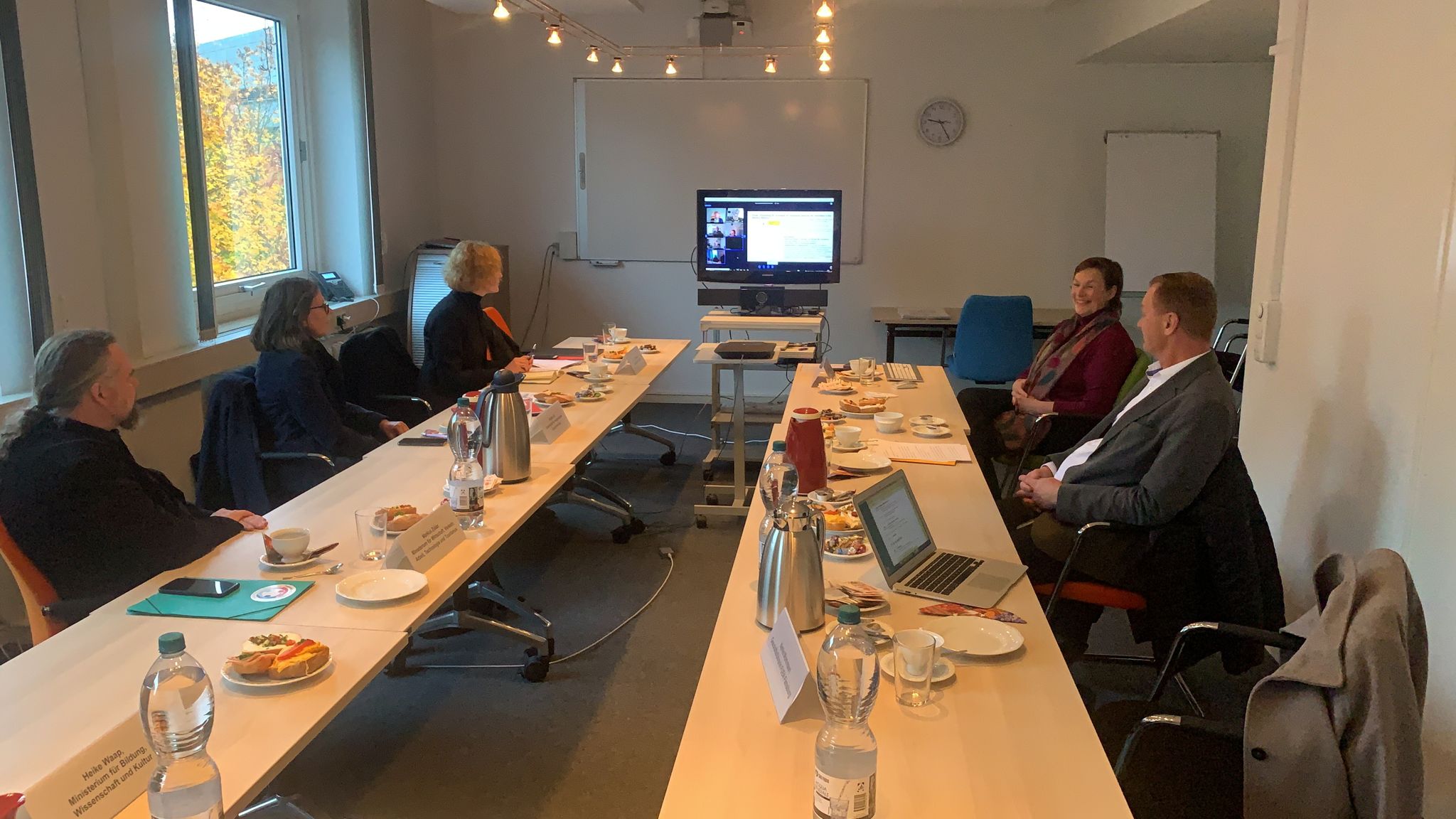 They were greeted by Angela Zur from GIZ Hamburg and Éva Pénzes, Secretary General of FUEN, followed by a presentation by Johannes Callsen, Commissioner for National Minority Affairs and Linda Pieper, Referent for Minority Issues in the State Chancellery on the practices and mechanisms in place that have constituted the model of Schleswig-Holstein as a leading model for majority-minority relations in Europe.

The Ombuds-Offices of the State of Schleswig-Holstein were presented by Jasmin Azazmah from the Office of the Commissioner for Refugees and Asylum seekers and Chistian Nowak from the Office of the Commissioner for Social Affairs. The Ministry of Education, Science and Culture was represented by Promotion of Minorities Expert Heike Waap, while Markets and Integration Expert Markus Zöller presented the Youth Employment Agency Kiel.

On the second day of the virtual tour, in a panel focusing on education, Daniel Duerkop presented the Danish Educational Association and Malte Brinkmann, representative of the Ministry of Economy, Transport, Labor, Technology and Tourism gave insights on the project Perspective Training – Vocational Education Network. In the panel on equality, AWO Intercultural was presented by Head of Department Michael Treiber, Head of Department, and Manager Alexandra Ehlers talked about the Women’s State Council, followed by a presentation of FUEN by Matic Germovšek Ž.

The last session was an exchange between the participants with Matic Germovšek Ž and Zora Popva, both minority rights experts with experience from Schleswig-Holstein but also from the Western Balkans, who helped the participants to structure their knowledge. Reflecting on their learning experience and on how they can use the new knowledge in their work in their homeland, the participants confirmed that the study visit gave them specific ideas about practices and mechanisms that they can adopt and most of them said that they have already concrete plans on their next steps.

The event turned out to be not only a knowledge transfer to the Western Balkans, but also a learning experience for the speakers from Schleswig-Holstein and the organisers as they became aware of practices and initiatives of the represented organisations and institutions that have not been known to them beforehand.