What is the current situation of the Hungarian minority in Ukraine?

At the invitation of the Intergroup for Traditional Minorities, National Communities and Languages, representatives of the Hungarian community from Ukraine presented their current situation in the European Parliament in Strasbourg on Thursday, 17 February 2022.

“In Ukraine, legislative processes are increasingly moving towards a narrowing of minority, linguistic, educational and other rights, and towards the dominance and sole rule of the Ukrainian language in the country. At the moment, in the shadow of the Ukrainian-Russian conflict, it is even more difficult to talk about minority rights, as attention is focused on the conflict itself. However, the Hungarians of Transcarpathia and other minorities are loyal citizens of Ukraine, they participate in the same way and experience the same difficulties as the majority, but they also have to suffer additional restrictions on their rights as minorities”, said MEP Andrea Bocskor in her introduction. 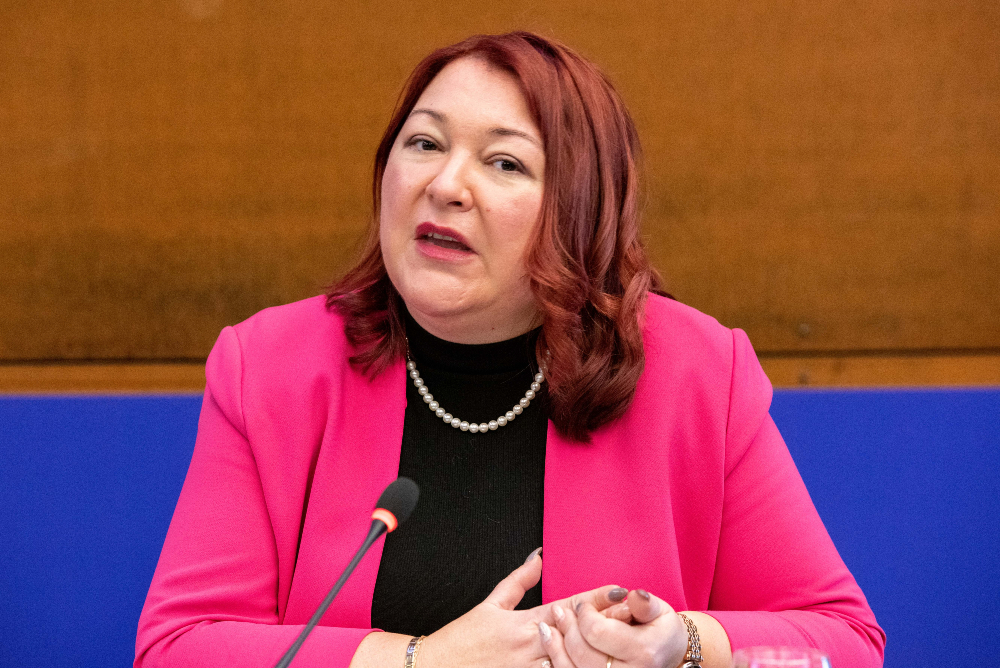 The President of FUEN member organisation Cultural Alliance of Hungarians in Sub-Carpathia (KMKSZ), Dr. László Brenzovics started his presentation by talking about the military tension which has been in the focus of international press and the world in the last period. He said that that despite the tensions, the Ukrainian leaders do not expect an armed conflict. Ukrainian politicians also claim that the articles published in the Western press are causing very significant economic damage to the Ukrainian economy, as $18 billion has been withdrawn from the Ukrainian economy, Ukraine is unable to access credit on international markets, and the national currency has also started to devaluate.

On the other hand, there is an international consensus that putting in practice the Minsk Protocol would be a convenient way to end the conflict. Ukrainian politicians say they cannot accept this, despite the fact that they have signed the protocols and made commitments. Nor are they coming up with alternative options on how to resolve the conflict in eastern Ukraine, says Mr. Brenzovics. “The only way to achieve stability and restore good neighbourly relations would be to change the ethnic and linguistic policies that have characterised recent years. We hope and we have to do what we can to ensure that this conflict, this crisis, is resolved peacefully”, he added.

Regarding the situation on national minorities in the Ukraine, the KMKSZ leader said: “We had hoped that Ukraine's intention to join the EU would lead to the fulfilment of minority rights. Unfortunately, the opposite has happened. Looking back at the changes that have taken place in this area of law over the past seven years, we can conclude that we are faced with a process that has been planned and implemented on the basis of a single vision and concept, spanning two parliamentary and presidential cycles, and involving the coordinated activity of several branches of power. It can also be said that all this has been and is being done with the tacit agreement of the institutions responsible for ensuring compliance with international treaties in this area.” 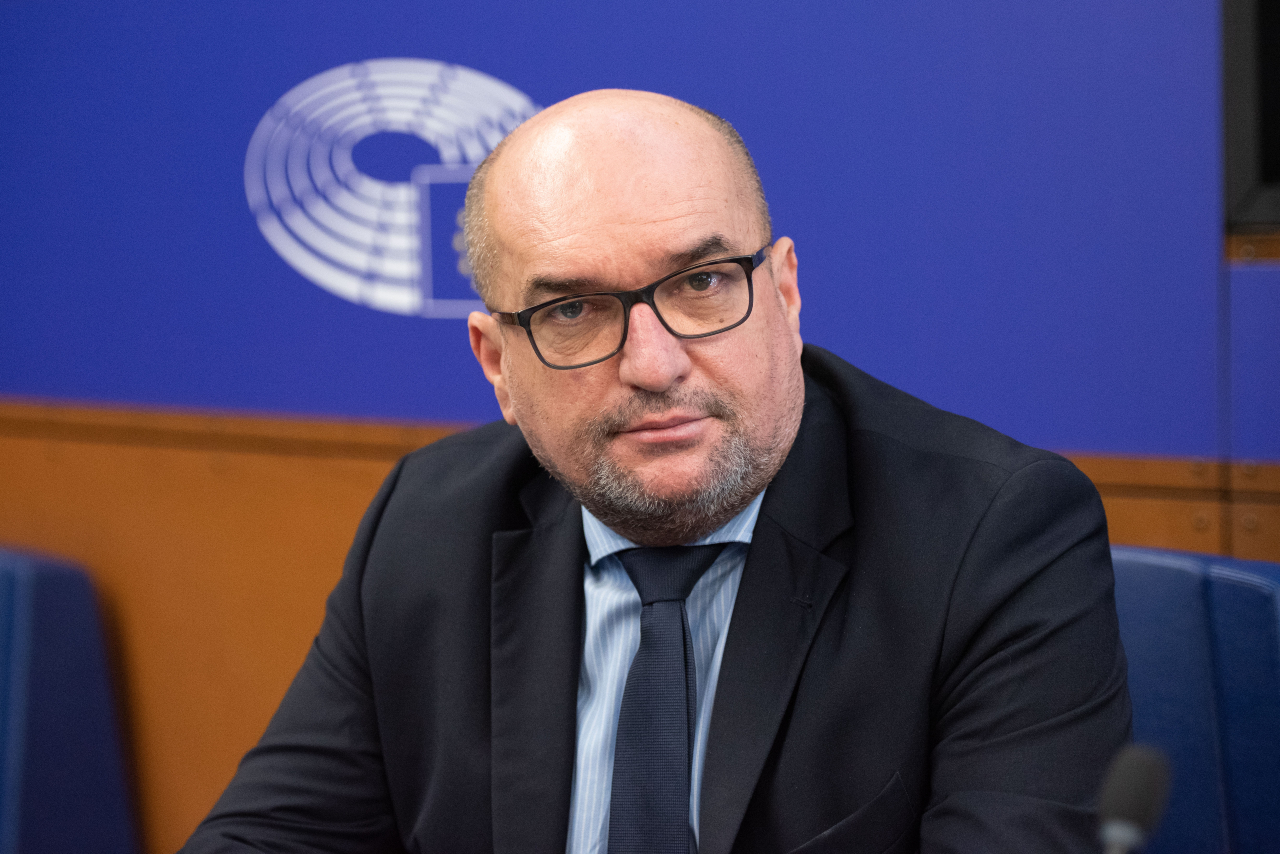 The Ukrainian government submitted its fifth report on the implementation of the Framework Convention for the Protection of National Minorities on 10 January 2022. As with the previous country report, an alternative report to this fifth report was prepared by Hungarian social organisations in Transcarpathia. According to this alternative report, presented at the IG meeting by Prof. Dr. István Csernicskó, the Rector of the Ferenc Rákóczi II Transcarpathian Hungarian College of Higher Education, in Ukraine several legislative steps have been taken in the last years that directly affect the rights of national minorities and hinder their effective participation in public affairs. Examples include the adoption of the Law on Civil Service (2015), the laws changing the language use in the electronic media (2017), the new Framework Law on Education (2017), the Law on Support for the State Language (2019), the Law on Complete General Secondary Education (2020) and the Law on Higher Education (2014). The repeal of the Law on the Fundamentals of State Language Policy (2012) has also significantly curtailed the rights to use the languages of national minorities. The report also points out that the decision-makers do not engage in talks with the representatives of the minorities in the matters concerning them. 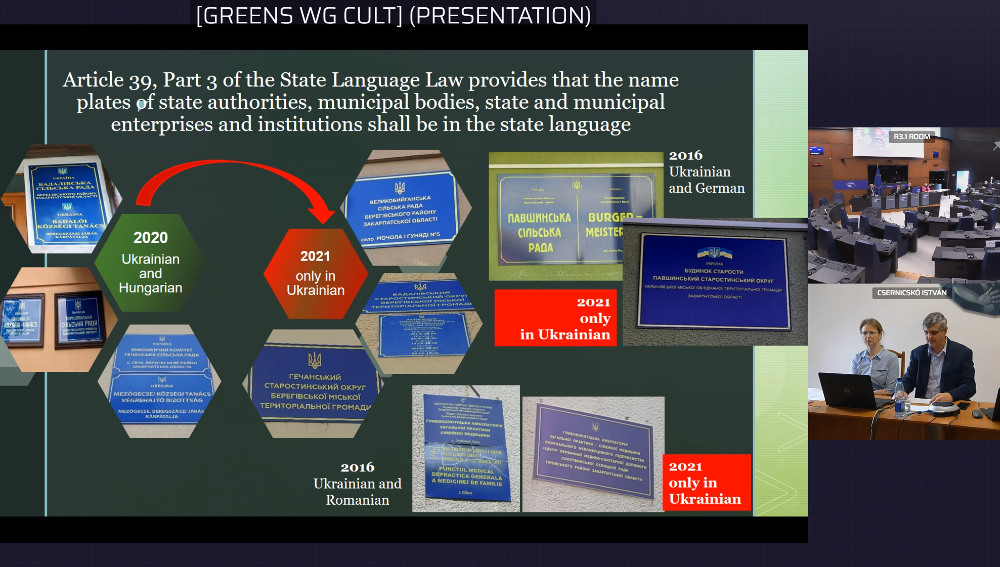