"Danish schools are the alpha and omega for the Danish minority. Here we not only educate, but also create the minority from scratch again and again" – that's what Jørgen Kühl, principal at the Danish A. P. Møller Skolen in Schleswig, Germany, says. His school was the focus of the third episode of "Minority Talks with FUEN," which aired Aug. 25.

A short film from the series “Insights” gave vivid impressions of the largest school of the Danish minority in Germany with 650 pupils, which also serves as a cultural center. In it, the principal also explained the concept of funding: schools of the Danish minority receive funding from the state of Schleswig-Holstein, just like German schools, but the average costs at minority schools are considerably higher – "up to double those of a public school. The Danish state compensates for that."

Students who graduate from A. P. Møller Skolen receive a double degree that entitles them to study in both Germany and Denmark. Contact with the neighboring country is fostered even during the school years through joint projects and the exchange of student ambassadors.

In the subsequent expert discussion, which was moderated by Olga Martens, former Vice President of FUEN and Speaker of the Education Working Group, Karin Prien, Minister for Education, Science and Culture in Schleswig-Holstein, explained the high relevance of minority support in Schleswig-Holstein. "We are committed to supporting Danish schools to the same extent as German public schools – in other words, far more than other independent schools," Prien said. "We are proud that we have such a thriving Danish school landscape and thus stand as a good-practice example of good cooperation in border regions throughout Europe and the world." 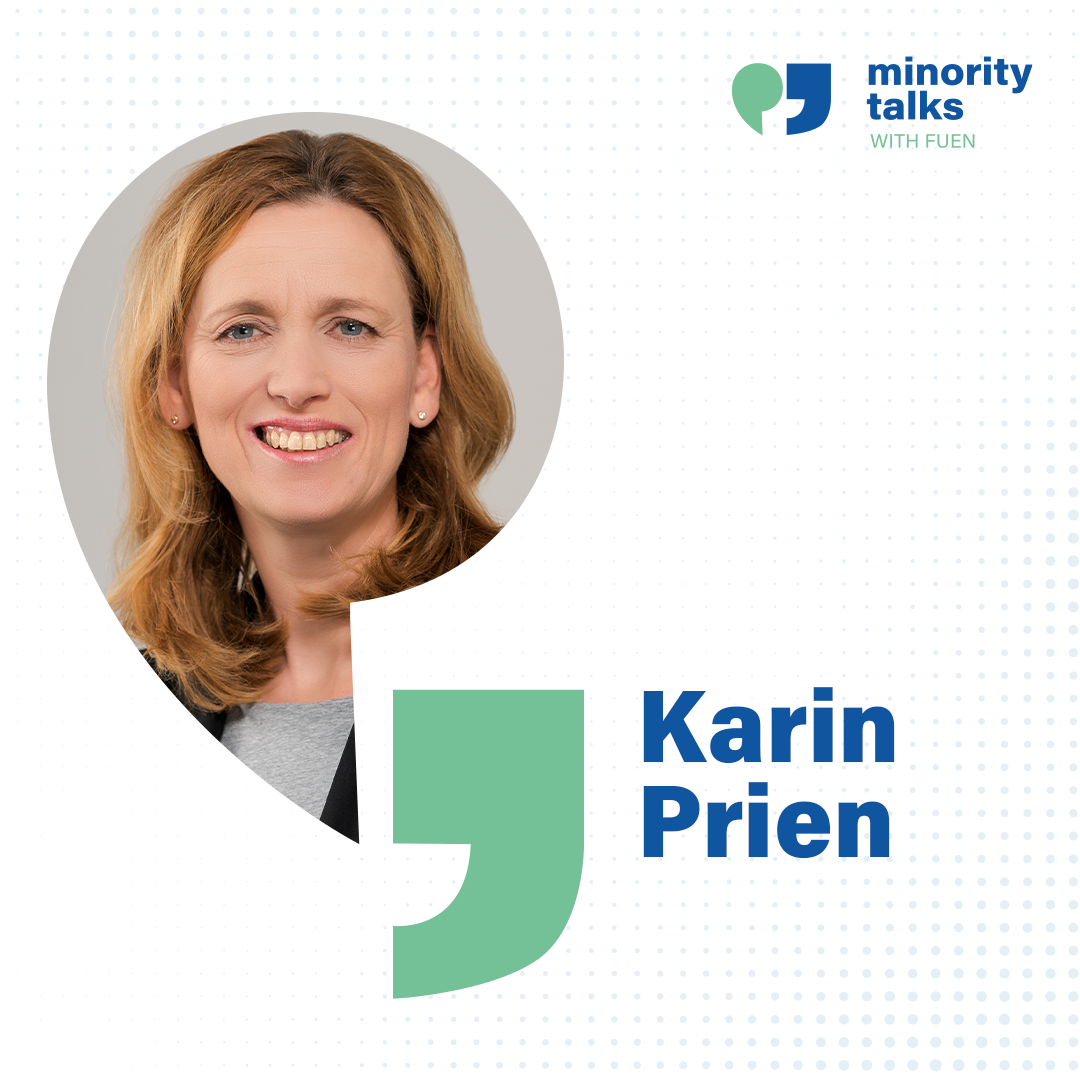 Gitte Hougaard-Werner, chairwoman of the Southern Schleswig Association (SSF) and principal of a Danish elementary school, described the education system of the Danish minority from nursery school onwards. The Danish School Association (Dansk Skoleforeningen) operates 56 kindergartens in northern Schleswig-Holstein, 35 of which already have integrated nurseries, "in order to be able to encounter the Danish language and culture as early as possible." The goal, he says, is "to live a Danish life from the cradle to the grave to the extent you want to." This is also made possible, he said, by a wide range of Danish leisure activities, including theater, library, sports and cinema. 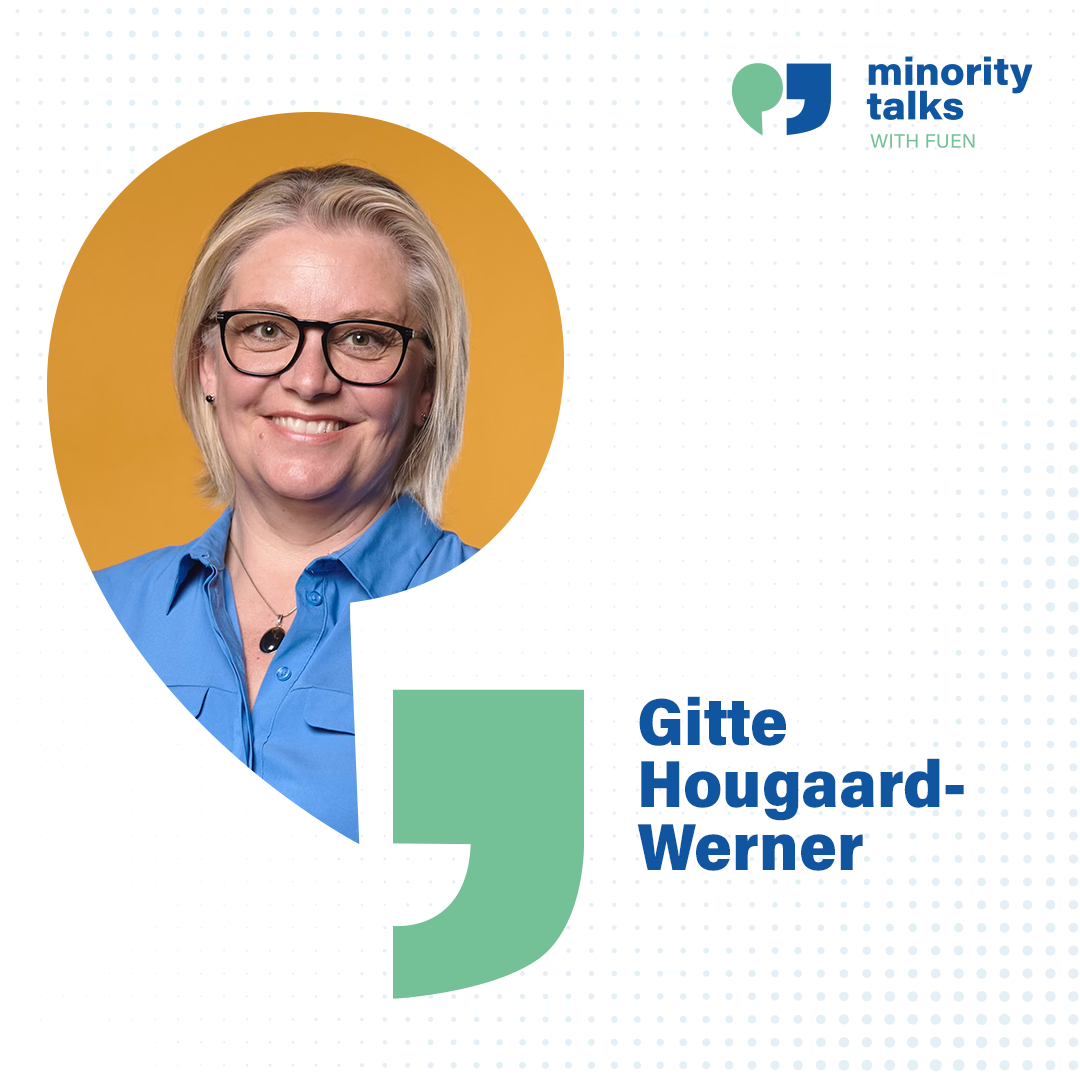 Teacher training was also a topic at the "Minority Talks" – where do the schools of the Danish minority recruit their next generation? Gitte Hougaard-Werner made it clear that a good mix between trained teachers who come directly from the minority, but also "fresh input from Denmark" is optimal. Prospective teachers can also study Danish at universities in Schleswig-Holstein, so there is a mix of staff trained in both countries teaching in the schools.

Karin Prien sees the graduates of Danish schools as "ambassadors for Germany". She does not consider the fact that around two-thirds move to Denmark to study after graduation to be problematic. "After all, many come back at some point or work in cross-border companies. We have to think European," says Prien.

The entire episode of Minority Talks is available on FUEN's YouTube channel.

Background: The Minority Talks with FUEN series is a platform for the presentation of short films, documentaries and articles dealing with various aspects of autochthonous national minorities and language communities in Europe. Each film is followed by a discussion in which the topic is discussed in the context of the current situation of the minority. The first three episodes deal with the education system and minority schools in the German-Danish border region.

Tovább
Sporting advertising for minorities: Team Grænzland rides 1000 kilometers on a bicycle to Berlin and Copenhagen Follow the FUEN Congress 2021 on Zoom with simultaneous translation in five languages!