Official opening of the office of the House of Minorities

In the presence of the Schleswig-Holstein Minority Commissioner, Ms Renate Schnack, and the Danish Consul General in Flensburg, Mr Henrik Becker-Christensen, the Federal Union of European Nationalities (FUEN), Sydslesvigsk Forening (SSF) and Bund Deutscher Nordschleswiger (BDN) officially opened the office of the House of Minorities at Norderstrasse 78 in Flensburg on 30 October.
The premises in the old merchant’s shop of the C.C. Petersen family, directly adjacent to the Flensborghus, were refurbished with financial support from the Land of Schleswig-Holstein and the South Schleswig Committee of the Kingdom of Denmark. It is here that in the coming months (and years) the project House of Minorities will be further developed, within the framework of the EU Interreg 4A-programme Syddanmark-Schleswig-K.E.R.N. with co-funding from the European Regional Developmet Fund.
In his opening speech FUEN President Hans Heinrich Hansen spoke about the long-standing plan, which could not have been realised without the partners, and which will give the minorities of Europe a second home. “The basic condition for better understanding is essentially the acceptance of differences and respect for being different. Once we manage to create the feeling that – despite our differences – we are not so different after all, then we will have accomplished an important part of our aim. That aim is to live peaceful together”, said Hansen.
In her speech, Renate Schnack called the town of Flensburg, in the heart of the German-Danish region, the “minority capital of Europe” and underlined that Schleswig-Holstein is glad to support both financially and immaterially “this instrument for prevention and de-escalation offered to the peoples and language groups of Europe”.
Referring to the particular minority makeup in the region of Schleswig, where 4 minorities have been living happily together with the majorities next door for decades, the chairman of BDN, Mr Hinrich Jürgensen, told that although not really a lot was written in the Bonn-Copenhagen Declarations of 1955, these declarations nevertheless were honoured in real life and on a daily basis.
The Flensburg Town Council President Swetlana Krätzschmar was very pleased that the House of Minorities now has a first place to go in Flensburg. Referring to Ukraine, the country where she was born, she expressed her hope that the House of Minorities would bolster the position of the minorities and that it could contribute to a lasting situation of living peaceful together, throughout the whole of Europe.
Press release
Photos 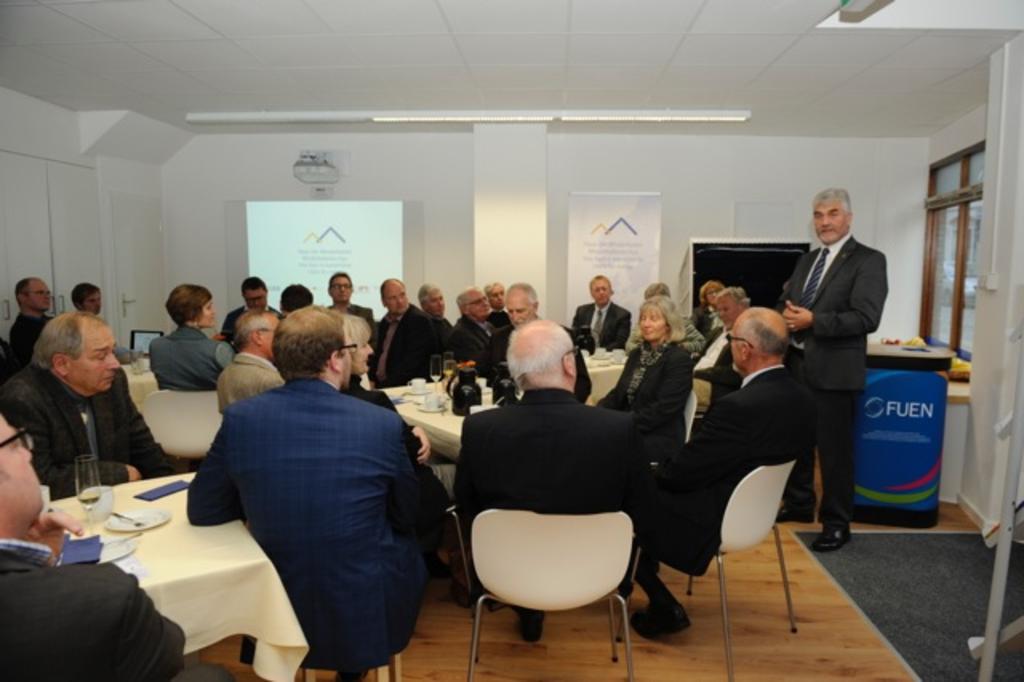