Loránt Vincze at the UN Regional Forum on Minority Issues: „Minorities are a neglected group in Europe"

“Ethnic minorities are a neglected group in Europe and we cannot see improvement in their situation”, said Loránt Vincze MEP, President of FUEN, at the UN Regional Forum on Minority Issues on Monday, 2 May 2022. Initiated by UN Special Rapporteur on Minorities Fernand de Varennes and organised by the Tom Lantos Institute, this year's Europe-Central Asia edition of the forum was held in Vienna on the 30th anniversary of the adoption of the UN Declaration on the Rights of Persons Belonging to National or Ethnic, Religious and Linguistic Minorities. FUEN is an official partner of the forum.

Referring to the anniversary and to the Council of Europe's Language Charter and Framework Convention on National Minorities, which also entered into force in the 1990s, Loránt Vincze asked the question: has the situation of minorities improved over the past thirty years? Minorities need recognition, an appropriate legal framework and the application of the framework, but instead some states have only domination and assimilation to offer, he pointed out. He added that those member states that have been open to resolving the minority issues have been able to find lasting and successful solutions, while others have only acted under international pressure or as a result of conflicts.

Regarding the instruments of the Council of Europe, he said that their application and the monitoring system leave much to be desired, which is why it is timely to rethink them – as initiated by the Hungarian Presidency of the Council of Europe in 2021. However, there are also positive developments, with more and more member states recognising the importance of international minority issues and supporting them, such as Austria and Germany, whose new government programme includes the promotion of European minority protection. “We have a number of states that can propose in the international organisations much more than there has been done until now, and this could lead to better and stronger instruments for the protection of minorities”, said Mr Vincze. 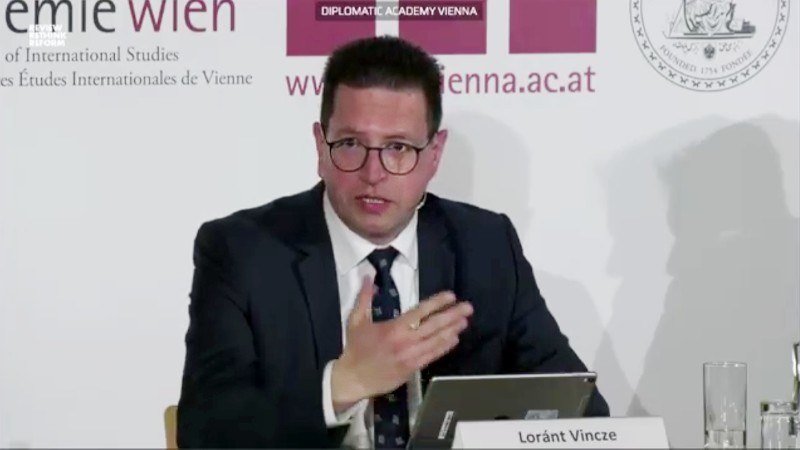 The FUEN President made concrete proposals for improving the situation of minorities, with a view to including them in the final document of the Forum:

Speakers at the forum included Kairat Abdrakhmanov, the OSCE High Commissioner on National Minorities, who warned that the instrumentalization and politization of minority issues is on the rise; Arno Kompatscher, the Governor of South Tyrol, who presented their successful autonomy model; and Fernand de Varennes, who again expressed disappointment that the European Commission had failed to initiate legislation on the basis of the Minority SafePack proposals despite widespread support for them, which he said represented a setback for minority rights in the European Union.