29.03.2021
The Turkic minorities and communities came together on the virtual platform for the first seminar of FUEN TAG thematic seminars which were launched in 2021.
The Working Group of Turkic Minorities/Communities (TAG) in the Federal Union of European Nationalities (FUEN) held its 1st online thematic seminar on 25 March 2021. In line with the decision taken at the 6th Annual Meeting of FUEN TAG on 22.12.2020 to meet regularly on the virtual platform as a result of the Covid-19 pandemic, the Turkic minorities and communities which are members of FUEN met in the first online thematic seminar.
The Federation of Western Thrace Turks in Europe (ABTTF), the Western Thrace Minority University Graduates Association (WTMUGA) and the Friendship, Equality and Peace (FEP) Party representing the Turkish community in Western Thrace, the Public Organisation of Meskhetian Turks "VATAN" and the Public Union Of Meskhetian (Ahıska) Turks living In Azerbaijan "VATAN" representing Meskhetian Turks, the Social Organisation for Fostering and Development of the Karachay-Balkar Traditions (Bars El) representing the Karachay-Balkars and the Ukrainian Gagauz Union representing the Ukrainian Gagauz people all attended the online seminar.
The seminar started with a greeting and opening speech by FUEN Vice-President and FUEN TAG Spokesperson Halit Habip Oğlu, who reported the developments regarding FUEN and FUEN TAG since the 6th annual meeting which was held on 22 December 2020. 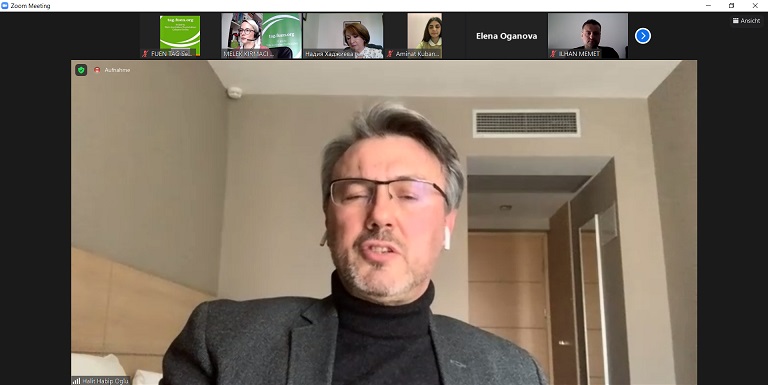 Indicating that the Karachays and Balkars, who live on both sides of Mount Elbruz, the highest point in Russia and Europe, in the foothills and skirts of the Central Caucasus, see themselves as a people with a common language and culture, Hadjieva added that they protect the Turkish language in a very clean manner. Hadjieva quoted the work and projects of Bars El and Bars El's youth organisation Elbrusoid, saying that Bars-El worked to preserve and revive the language, culture and traditions of the Karachay-Balkars, and explained that they are trying to cover all Karachay and Balkars regardless of the geography in which they are residing. 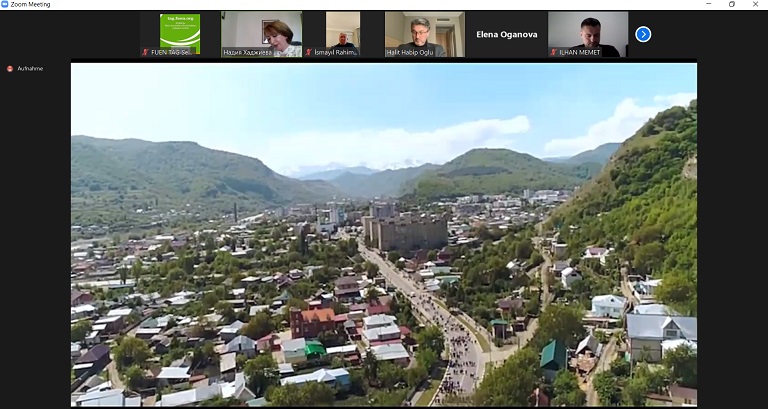 Explaining that Elbrusoid which was founded in Moscow in 2003 has as a main goal to train educated young people who are successfully integrated into modern society and are carriers of traditional national culture, Hadjieva added that Elbrusoid has a publishing house, recording studio, documentary film studio and national dance studio to achieve the goals set. Hadjieva stated that Elbrusoid distributed magazines and printed books in Karachay-Balkar language free of charge to schools and educational institutions in the Karachay-Cherkess Republic and the Kabardino-Balkarian Republic and she added that Elbrusoid's portal (www.elbrusoid.org) is a unique data base with respect to bilingual education, Karachay-Balkar language, culture, music, history, archaeology, fine arts and much more, and that in just a few years they have managed to create a unique national Karachay-Balkar electronic library. Stating that Elbrusoid reproduces films and cartoons by performing them in Karachay-Balkar language, Hadjieva further noted that it has developed an audiobook project aimed at preserving and disseminating the mother tongue and literature, and a karaoke application to endear songs and preserve cultural heritage. 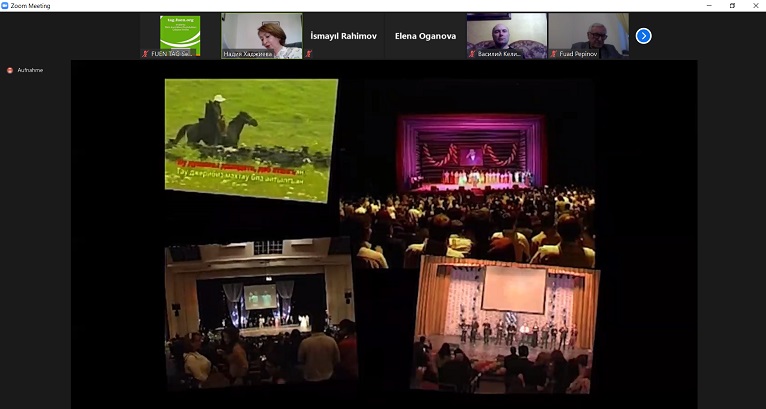 In the second part of the seminar, the participating organisations conveyed the current developments regarding the Turkic minorities and Turkic communities they are representing as well as in the countries they live in since the last annual meeting, as well as the work and activities they have carried out.
Tovább
The Citizens’ Committee of the Minority SafePack ECI requests the General Court of the European Union to annul the Commission’s decision on the initiative The conference series "Protection of Minorities and Ethnic Rights in Central and Central Eastern Europe" focused on Hungary, Croatia and Slovakia