The anticipation could not have been greater: "We can hardly believe that it is really starting now," said Marco Loibnegger, head of the local organising committee of the Europeada in Carinthia/Koroska, when he took the microphone this afternoon at the official opening of the European Football Championship of the autochthonous national minorities. In fantastic weather, representatives from politics and the media as well as the team leaders met in St. Kanzian directly on the shore of Klopeiner See before the big opening ceremony with all teams in the evening.

The Saturday opening in St. Kanzian/Skocjan was just the right place to present and celebrate together with all the personalities whose effort made this longtime dream become a reality. The intertwined history of Team Koroska and EUROPEADA was told in the words of the main actors, including the role of EUROPEADA 2016's hosts, the South Tyroleans as an inspiration which made the Carinthian Slovenes even more determined to apply for organising the European Football Championship of autochthonous minorities. Of course, the bronze medal won in Bolzano/Bolzano by Team Koroska and the support from local authorities and the office of Slovenians abroad also motivated them to come up with a clear plan to be presented at the FUEN Congress in 2017. Five years have passed since their candidacy won, the event had to be rescheduled twice, but it was clearly worth the wait.

FUEN President Loránt Vincze noted that the EUROPEADA is the biggest event organised by FUEN, which brings all of the umbrella organisation`s main goals together with the teams proudly representing different languages and minority groups. "UEFA`s letter of support shows that FUEN is on the right track with EUROPEADA. We do not expect any hate speech or xenophobia at the games, as EUROPEADA is about the love of sport, fair play and mutual respect. We want to feel good together, and send a message to the stadiums across Europe", said the FUEN President.

"Europeada connects in many ways – we noticed this every day during the preparations," said Marko Oraže from the local organising committee of the Carinthian Slovenes. Not only does the event itself bring together over 500 members of minorities from eleven countries, but the community in the region has also come together through the preparations. From sports clubs to municipalities to companies and institutions, many actors were involved and pulled together.

"The beauty of Europeada is that it brings different people and nationalities together in reality, not just on an abstract political level," said Vesna Humar, State Secretary at the Office for Slovenes Abroad. 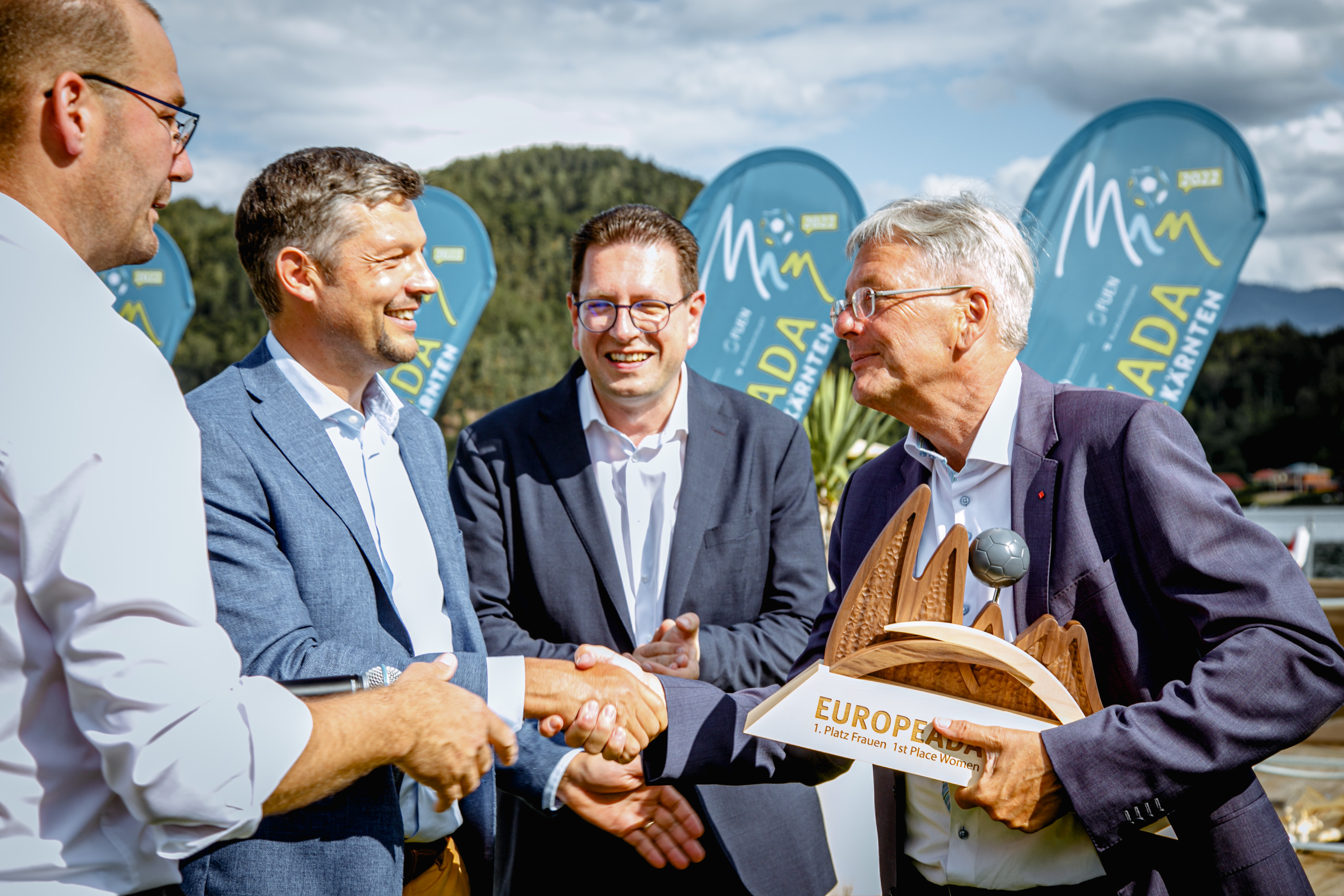 A picture gallery with more photos of the political opening can be found here.

EUROPEADA is the European Football Championship of the autochthonous national minorities - a major sporting event that combines the fair competition and enthusiasm of a sports festival with the concerns of the autochthonous national minorities. The meeting and exchange of the minorities and the public promotion are in the centre of attention. The Federal Union of European Nationalities (FUEN) organises EUROPEADA in cooperation with the Slovenian Sports Association from Klagenfurt, the Council of Carinthian Slovenes, the Province of Carinthia and the Republic of Slovenia.