On 17 November, more than 30 representatives of Slavic minorities from Europe met at the Hrvatski Centar, the cultural centre of the Burgenland Croats in Vienna/Beč, Austria, to kick off the event. Stanko Horvath, President of the HKD/Croatian Cultural Association in Burgenland, Gabriela Karall-Novak, Hrvatski centar, and Angelika Mlinar, spokesperson of the AGSM, welcomed the guests from twelve different countries.

Within the framework of the opening of the 25th seminar of Slavic minorities in the FUEN, a book presentation (Südslawisches Wien: Zur Sichtbarkeit und Präsenz südslawischer Sprachen und Kulturen im Wien der Gegenwart“ / "South Slavic Vienna: On the Visibility and Presence of South Slavic Languages and Cultures in Contemporary Vienna", ed. Miranda Jakiša, Katharina Tyran) by Lydia Novak gave a first overview of the situation of the host minority. The day ended with an impressive concert by the multilingual music group "Idemo". 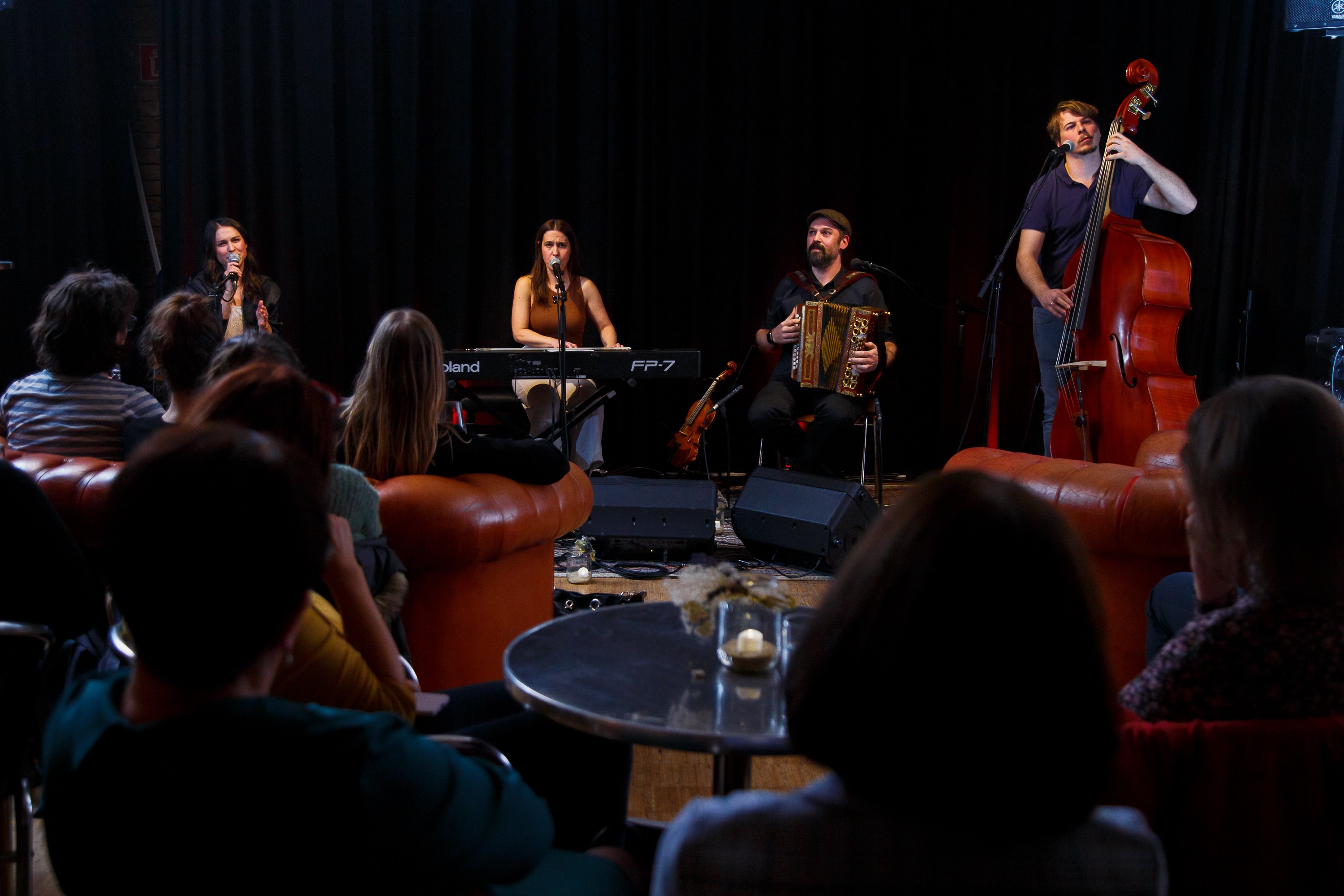 The following day, a visit to the heart of Austrian politics was on the agenda - one of the highlights of this year's seminar. "It is not only about preserving minorities, but also about developing them. Minorities need visibility and bilingualism should be something taken for granted." With her statements, Green Party parliamentarian Olga Voglauer, herself a Carinthian Slovenian, opened the door for her audience. Last Friday, more than 30 representatives of Slavic minorities in Europe were guests at the Vienna Hofburg, the seat of the Austrian Parliament, to exchange views with the parties' spokespersons for ethnic groups and minorities. 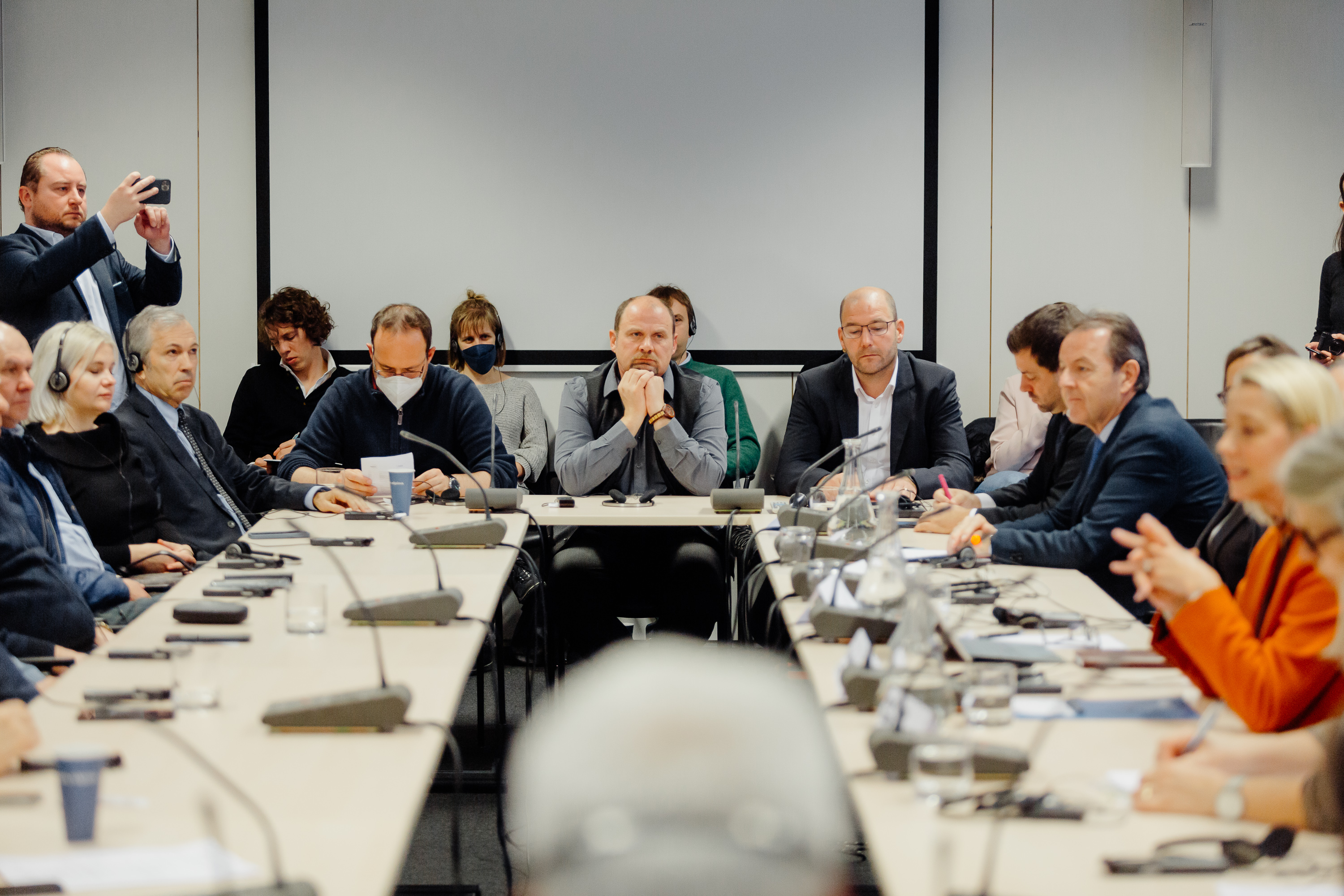 Nikolaus Berlakovich (ÖVP), himself a Burgenland Croatian, stressed that politics must above all promote language and educational skills so that young people continue to learn the minority languages. Supporting minority media as well as promoting digitalisation in these communities was also an important task, the implementation of which should be continuously reviewed, he said. "Minorities are directly and indirectly affected by assimilation. They should be able to govern themselves - this is an important step so that they can strengthen themselves for the future," said Michael Bernhard (NEOS).

After the visit to parliament, the second day of the seminar was spent on an excursion by bus to the border triangle of Austria - Hungary - Slovakia, to three villages where Burgenland Croats live. A concentrated cultural programme, filled with expert background information from the host minority. The group's first stop was in Neudorf/Novo Selo, Austria, where there were insights into bilingual signage. 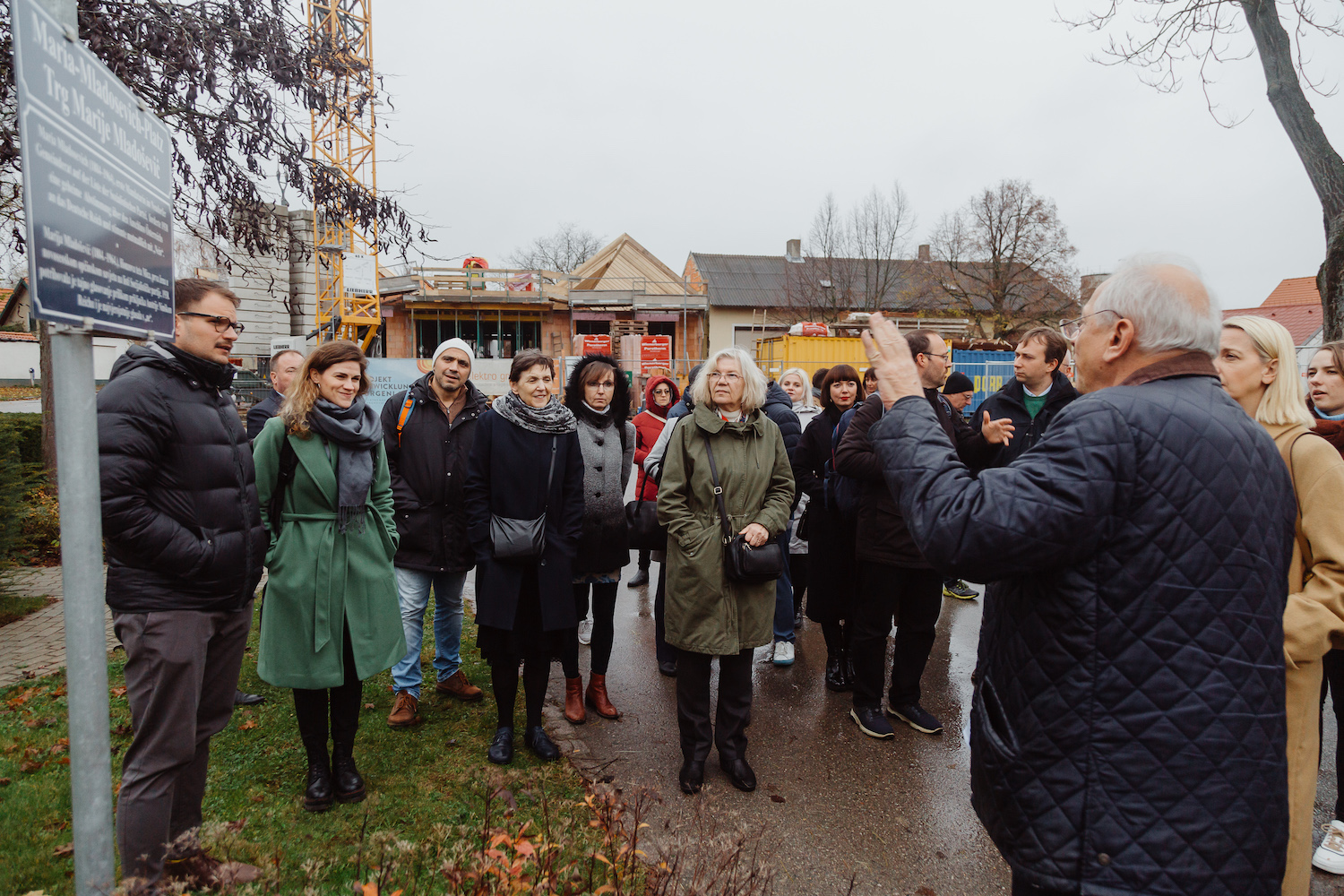 Peter Tyran, a Burgenland Croatian, explains the genesis of bilingual signage in Neudorf/Novo Sele in Burgenland.

The journey continued to Bezenye/Bizonja, Hungary, which is a pleasing example of minority promotion. The mayor, herself a member of the majority population but an exemplary supporter of the Croatian minority, explained their principle of self-government. Finally, the participants gained an interesting insight into the village of Čunovo in Slovakia, which offers a linguistic diversity that is second to none, as many different nationalities live here. The evening ended in the culture house with a typical local dinner accompanied by music on the traditional Croatian instrument "tamburica". 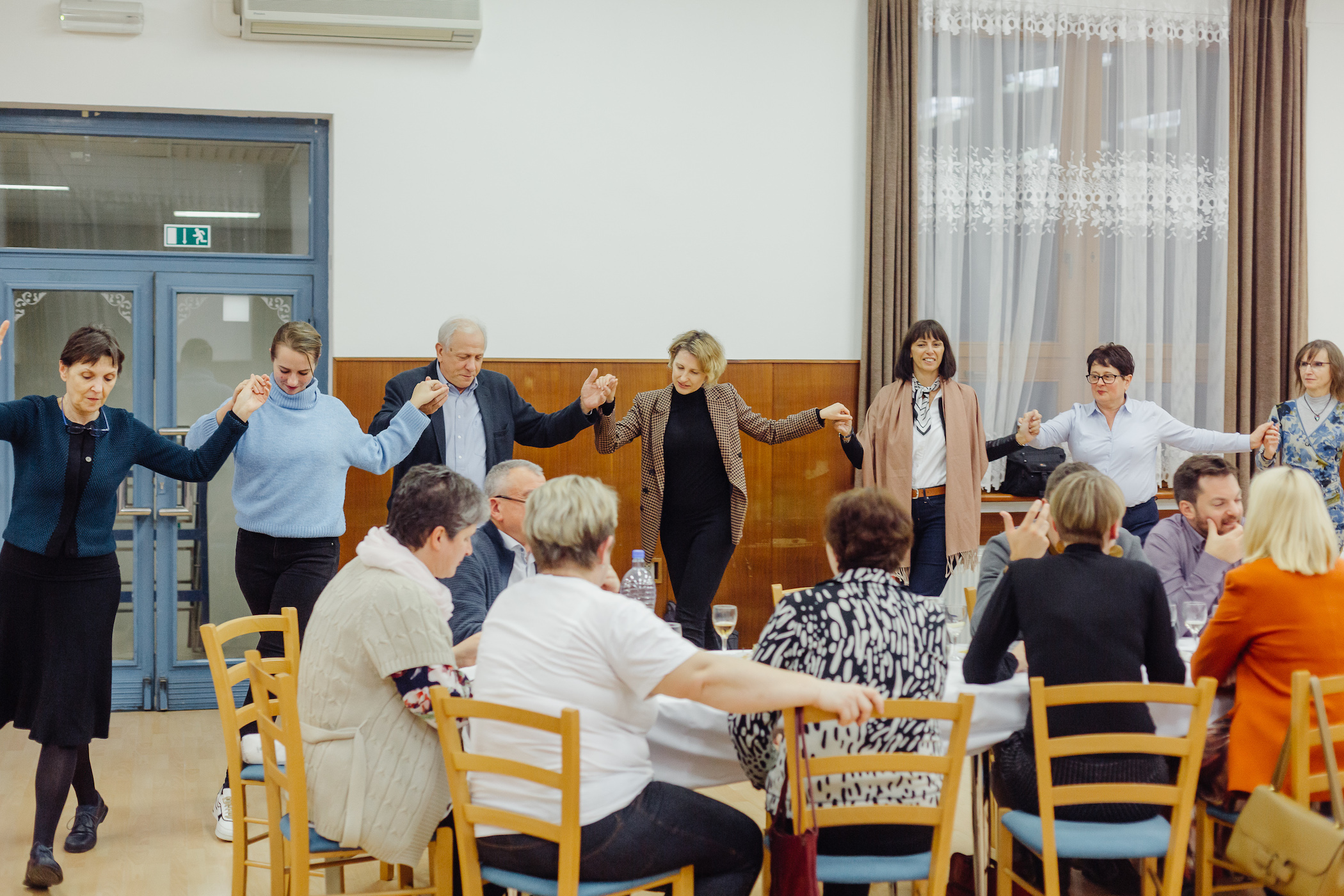 How can minority schools and media of ethnic groups in cities outside their settlement area exist, in a metropolis like Vienna? This was the topic of the third day of the AGSM seminar. "Our challenge is the dwindling language competence of children and young people, because it is spoken less and less at home. When they start school, they learn Croatian from the beginning, like a foreign language," lamented Karin Vukman-Artner, head of the Minority Education Department in Burgenland. Methodologically, the switch from German to Croatian has been replaced by a "language bath", i.e. a purely Croatian language environment at the respective schools.

The Croatians in Vienna look with envy at institutions like the Czech Komensky School in Vienna, which succeeds in implementing bilingual school education at a high linguistic level. Karl Hanzl, chairman of the school association, emphasised: "The common goal must be clear - to preserve the language". However, he also reported on necessary changes in the structures to convince parents to keep their children in the system. "That is the difference between metropolis and countryside. In the city, there are also other offers everywhere." 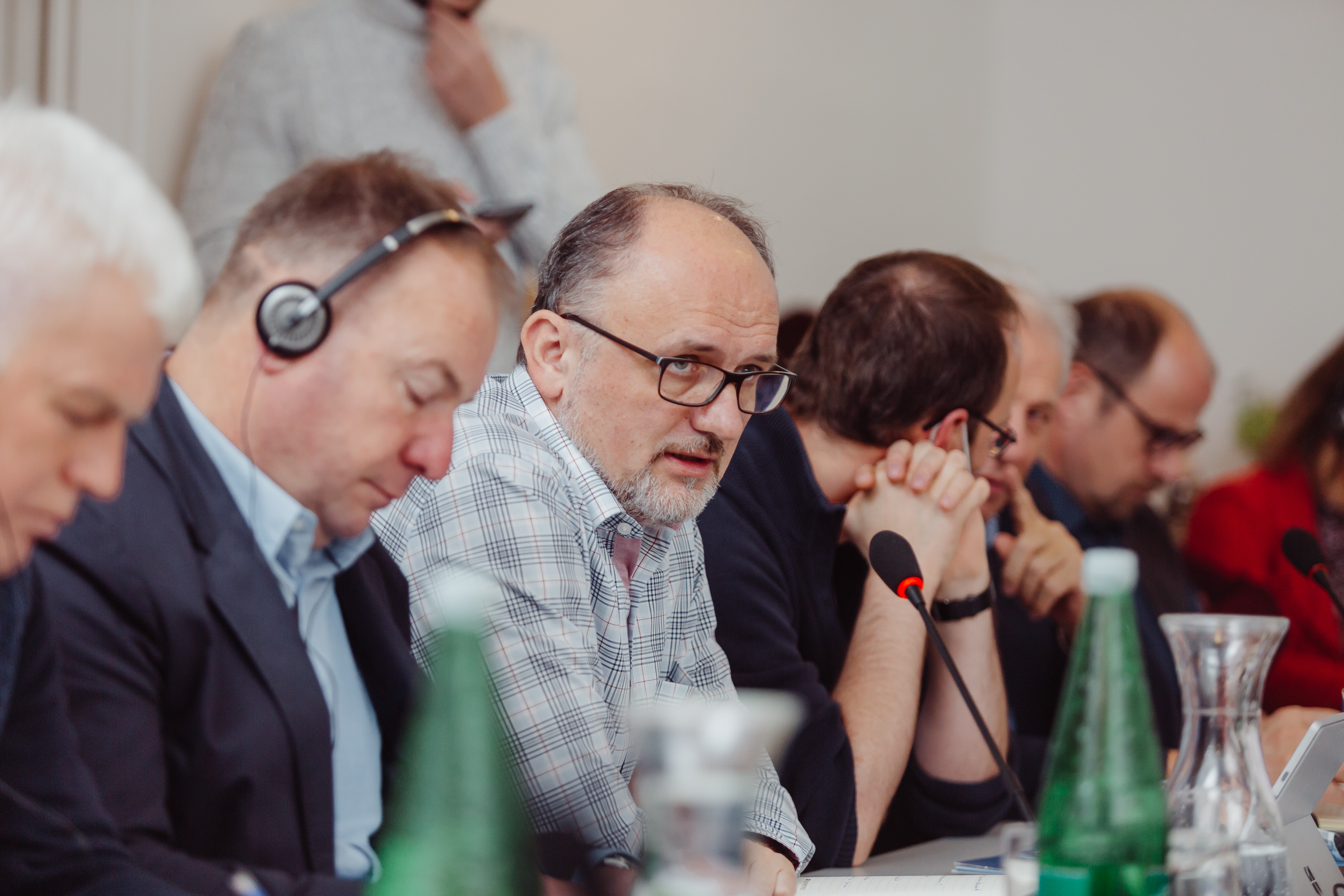 During the working sessions on Saturday, the participants exchanged views on minority structures in cities.

Insights into the Croatian minority media in Austria were given by Konstantin Vlasits from the magazine "Novi Glas", which sees itself as a critical voice, especially from a young perspective, and by Josef Buranits, who sits as an ethnic group representative in the ORF audience council. "It is difficult to get people who can and want to work as journalists," Buranits lamented.

The last part of the seminar was about the current situation of the Slavic minorities and the activities in the past year, as well as future AGSM activities. It could be seen that the Slavic minorities have been very active in recent years, also within FUEN, and that many events have been hosted by them. In particular, EUROPEADA, where no less than nine Slavic teams participated, was a success for many in terms of the perception of their minorities. Finally, Dr Angelika Mlinar was unanimously re-elected as AGSM spokesperson and the location for the next annual meeting of the working group in 2023 was set: at the Serbian minority in Croatia.

The 25th seminar of the FUEN Working Group of Slavic Minorities could be realised thanks to the support of the Federal Ministry of the Interior and Home Affairs of the Federal Republic of Germany.

Sincere thanks for the good cooperation go to the FUEN member organisations Croatian Centre for Culture, Education and Politics (Hrvatski centar) and the Croatian Cultural Association in Burgenland (HKD) as well as to the youth organisation HAK-Hrvatski akademski klub.